Miguel Benjumea, of Surexport: "A variety program of our own in order to stand out" 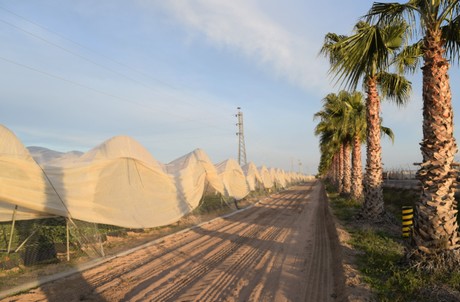 "El Álamo" farm, in Almonte, with around 400 hectares of irrigated crops

In the 1990's, a family of Valencian origin decided to give strawberry cultivation a try by renting land in the area surrounding Doñana, in Huelva. This is the origin of what would eventually become Surexport, the private company that produces the largest volume of strawberries and other berries in Europe. Three siblings are currently in charge of the family business, which will soon open its new 20,000 square meter facility with offices, equipped with the latest technology for the handling and packaging of berries. FreshPlaza visited its plantations and one of its packing centers in Almonte. 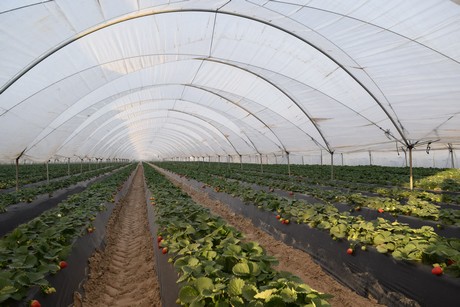 "From the beginning, and quite unlike other players in the sector, this company's commercial model has been based on finding customers before producing the fruit, as well as on keeping stable supply agreements for a whole campaign, always with the sights set on the big supermarket chains operating across Europe. We understand that it is fundamental to keep the supply and the demand in balance and to be able to grow in a sustainable manner," says Miguel Benjumea, assistant manager at Surexport. 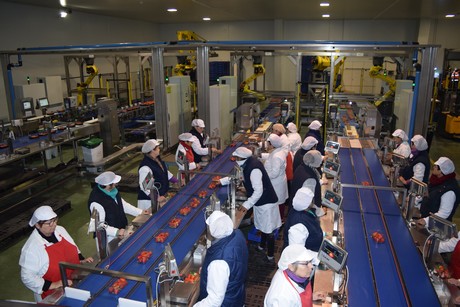 The journey started with the cultivation of strawberries, which, to this day, are still the company's flagship product, with around 40 million kilos per year. Over time, they expanded the strawberry farms and started to introduce raspberries, blueberries and blackberries. They currently have around 1,300 hectares of berries, 45% of which are devoted to strawberries, 35% to raspberries and 20% to blueberries. 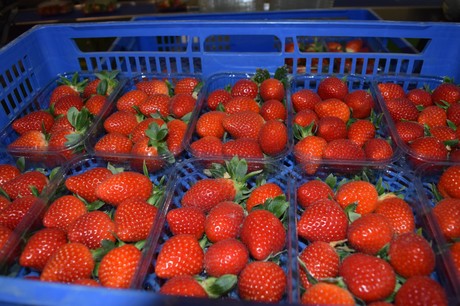 In order to stand out, Surexport bets, among other things, on its own variety program. "In the past, we tried to differentiate ourselves more with our presentations and packaging, but for more than ten years, we have relied on the marketing of new varieties. This is possible thanks to our test fields and our agreements with breeders. In 2008, we reached our first agreement with exclusive strawberry varieties with our customers, and ever since, we've had new varieties every year. This year, for example, we'll have the new strawberry varieties Inspire and Renewall, among many others." 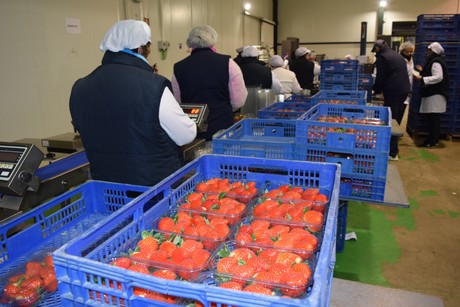 The British market accounts for an important part of Surexport's sales. At present, it is one of the main berry suppliers of the supermarket chain Tesco. "We were the first strawberry exporters to reach the British market, which is very demanding, but also pays higher prices if you are able to offer a service that meets the needs of the customer," says Miguel Benjumea. "Moreover, it is a very mature market when it comes to the consumption of red fruits; so much so, that the demand remains more or less stable all year round. This motivated us to diversify our production areas, until we were able to obtain a stable supply throughout the year. The trend to break with the seasonality of berry consumption is gradually extending to other markets, as is the case of Spain," he adds. 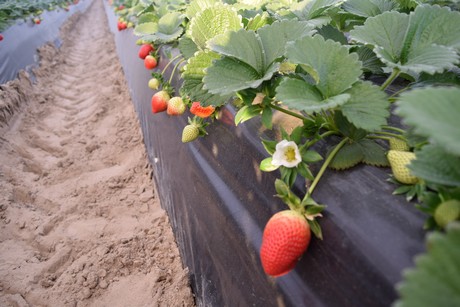 Surexport is currently able to supply the entire range of red fruits regularly for 12 months a year. "In Spain, we produce strawberries mainly in Huelva, and for the summer production, we have Galicia and Portugal, whose season lasts from May to November. We also have plantations in Morocco, both in the north and in the south, in order to have fruit between the months of November and March, which is when we already have high volumes in Huelva again. For raspberry production, we have plantations in Huelva, as well as in Galicia, Morocco, Portugal and also in Kenya, from where they are shipped exclusively to the United Kingdom. 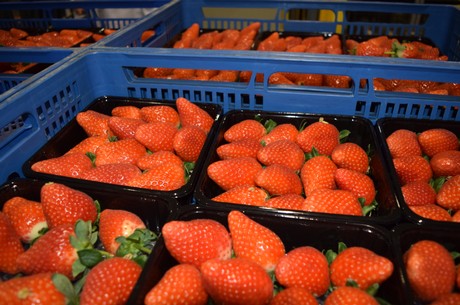 Surexport is in control of the entire process, from the fruit's cultivation to its handling and sale, avoiding intermediaries and agreeing on volumes and prices in order to try preventing market oscillations. 80% of the company's sales are made outside of Spain. The company has a subsidiary in the Netherlands with a good logistical infrastructure to handle the exports to northern Europe and the eastern countries. "To reach destinations outside the EU, distance is the greatest challenge; however, we are among the few that manage to ship strawberries to Scandinavian countries, such as Denmark, with an optimum quality. This is possible because we have the Victory variety, whose shelf life is longer than average compared to other varieties in the market." 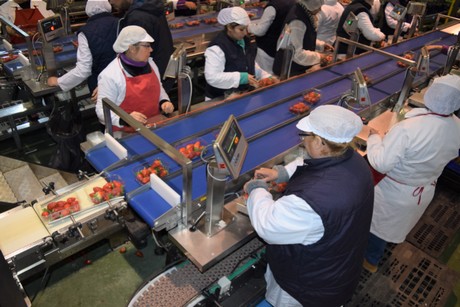 According to Miguel Benjumea, blueberries are among the berries recording the biggest growth. "Promotional campaigns intended to boost blueberry consumption are being carried out around the world. The demand has increased significantly in recent years in Spain alone, and now all distribution chains have blueberries on their shelves, although we still have a long way to go." 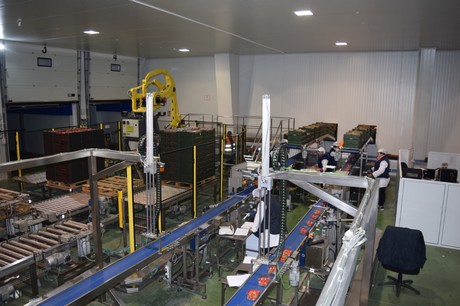 Huelva's sector threatened by lack of laborers and water restrictions
According to Miguel Benjumea, Huelva's production could be seriously threatened by both a lack of specialized labor and the restrictions on the supply of water for irrigation. 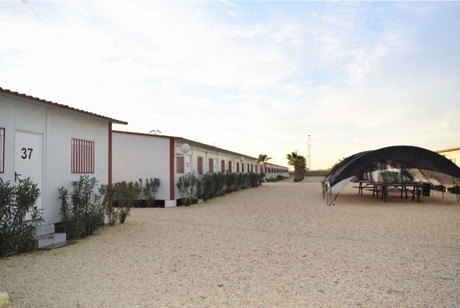 Living quarters at "El Álamo" farm, with capacity for 1,000 laborers.

"Last year, we had up to 4,000 people working with us while Huelva's campaign was in full swing, since the most productive periods of many crops overlap. It would be easier for us to hire local workers, but these, for the most part, prefer other jobs and are not interested in working in agriculture. This results in us looking for foreign labor, with the difficulties that this entails. We receive workers from Morocco and Eastern countries, since we have offices in Bulgaria and Romania to handle recruitment. It is very difficult to hire so many people every year, since a lot of steps are necessary, from obtaining a work permit in Spain to opening bank accounts. These procedures considerably slow the process down. We are able to offer fully equipped accommodation, which naturally entails having to deal with a lot of people with different nationalities and different customs." 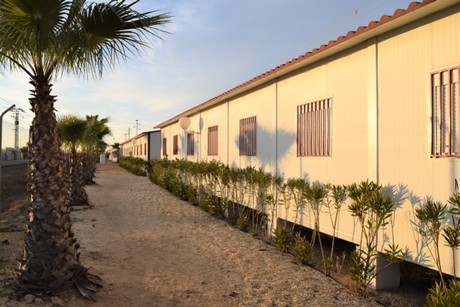 In many cases, the conditions of the accommodation for immigrant laborers are better than in their countries of origin.

There are also water restrictions in place, especially in the area of Huelva County. They are regulated by the national hydrological plan, which establishes water availability limits for each crop. In fact, in recent years, many producers have moved their plantations to the Lepe and Cartaya areas because of the scarcity of land with legal water availability in the County area. Moreover, after a long time producing in those areas, they had found that their plantations were illegal. "We have never planted without the certainty that the land was suitable for agriculture and that it had the relevant concession or water supply, and that is why we are not suffering from this problem. However, it is difficult to understand why strawberry, which is planted every year and has a production cycle of about eight months, has the same water supply as blueberries, which is a perennial shrub that requires maintenance throughout the year," says Benjumea.

"Fresh cut products have a great future in Spain"
Frozen fruit accounts for 5% of Surexport's business, and another area with marked growth and a great future is that of fresh cut products. In fact, the company has a 50% stake in PrepWorld Spain, which was launched in October 2018. The English company BerryWorld has the other 50% stake. "Consumers no longer perceive fruits as seasonal products and increasingly seek comfort and convenience. We believe that the fresh cut range has a great future in Spain."