Domestic supplies of potatoes are tight and prices are slightly up.

“It’s pretty tight in Wisconsin given the harvest we had. We had a really challenging growing season and an even more challenging harvest season, so supplies are down,” says Andy Diercks of Coloma Farms, Inc. in Coloma, Wi. “What’s available for supplies on the fresh side is also working through some storage issues.” 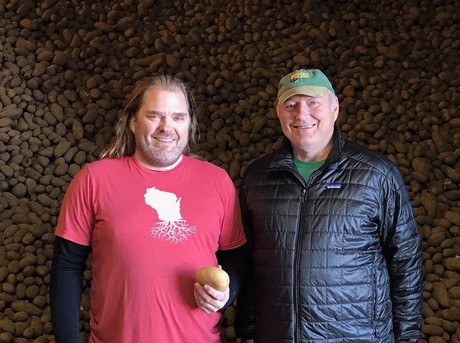 After a cold and wet spring, a typical growing summer in Wisconsin followed but was then finished by a mix of weather into early storage season. “It was hot for 10 days and then it rained for three weeks and then it froze,” Diercks says. “It was across the spectrum from processors to little potatoes to fresh potatoes—everybody has had issues related to either the wet or the freezing weather. We left eight to nine per cent of the crop in the ground which was unheard of for us.”

Solid Idaho crop
Meanwhile in Idaho, overall volume of potatoes looks similar to last year’s supplies. However, sizing issues have emerged somewhat. “Norkotahs have been smaller. Growing conditions this summer were optimal for them—it may have gotten a little too hot for them so they might have not finished like they normally would have,” says Ryan Wahlen of Pleasant Valley Potato in Aberdeen, Id. 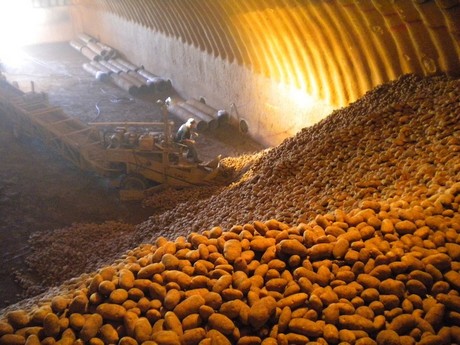 At the same time, demand is proving strong for potatoes. “Demand has been great and typically after the holidays, we see a bit of an increase in demand,” says Wahlen. He also adds that some foreign and domestic processors have also turned to Idaho for more potatoes this season.

“The open market continues to be strong,” says Wahlen. “We’re going into February which is typically not a great marketing month for potatoes. But we’ve got a lot of promotions going on with respect to retail. I don’t expect it to be a bad month.”

Prices inch up
Collectively, all of this has made for strong prices on potatoes that are up slightly—approximately $1 or so—compared to last year. “It’s about 10-15 percent stronger than last year but they’re expecting it to continue to get better here,” says Diercks. “Idaho had a pretty good crop so they’re enjoying the increase in market share but they’re not taking advantage of the prices as much as they could be.” 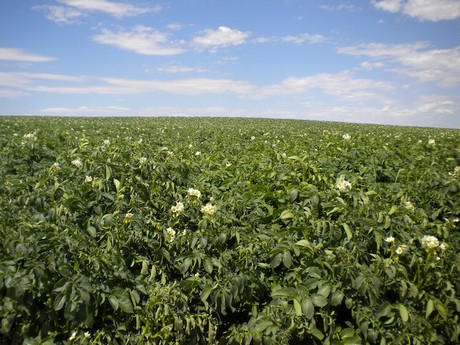 Going forward, for Wisconsin at least, it may be a matter of controlling supplies carefully. “We got enough harvested early and we’ll meter things for the whole season. We’re not going to be looking for new customers and we’ll just maintain supplies for our customers through their normal time,” Diercks says. “It’ll be more of a struggle for the next two to three months than later. I think it’ll be pretty normal on the back end.”