Mi Na Exports would like to expand to other continents

“Most of Vietnam’s coconuts serve the Chinese market”

The dry season is getting close for the Vietnamese coconut growers. This is a time where production decreases for a couple of months, but there will still be enough to supply both the Chinese and the domestic market.

The rainy season in Vietnam is about to end. For coconut exporter Mi Na Export this means production will slow down by a fair amount, according to Jessica Nguyen, sales manager of Mi Na Export: “Our coconuts are available year round; this product has a lot of production in the rainy season. In the dry season, the production will decrease but we still have enough capacity to supply 4-5 containers weekly, the dry season will last from the end of February to the end of May and early of June.” 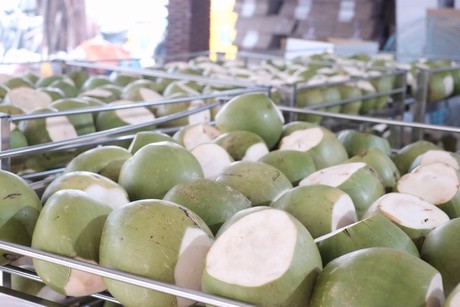 Currently there are no issues in terms of production and quality, but this could change when the dry season comes to an end: “With the coconuts we often have difficulties from April to August, which is the summer time; the demand for coconut products during this period is relatively large. In addition to around July and August, the situation of saline water often occurs in Ben Tre province, where 40 per cent of Vietnam’s coconut production comes from. This will cause the coconuts to be small in size, prone to diseases and it has a big impact on the total coconut production in general. For these reasons, the price of coconuts will increase for a short while, after which it will stabilize again in the rainy season.” Nguyen says.

According to Nguyen the domestic coconut market has a very high demand in the days of the Lunar New Year: “However, The consumption habits of Vietnamese people show they like hybrid coconut products of a big size, that is watery, but not fragrant. They are also not as sweet as "Xiem" coconut products, which have a smaller size but are very fragrant, sweet and are used mainly for export. Therefore, the number of Vietnamese consumers exposed to coconut products for export is limited.” 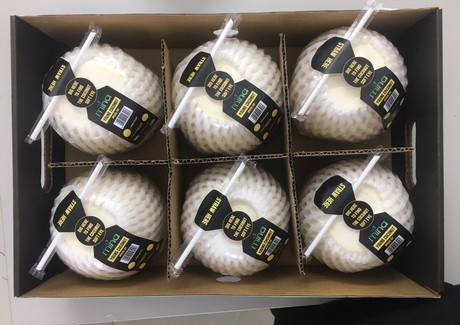 “Compared to the same time last year, domestic coconut prices this year are about 30% lower,” Nguyen says. “The coconut market in Vietnam is highly volatile, because it depends heavily on the demand of the Chinese market; most of Vietnam's coconut production currently serves the Chinese market mainly. In addition, another reason for the higher price of coconuts in previous years is because Vietnamese farmers were not aware of the economic value of coconut trees. Farmers did not pay attention to taking care of the coconut trees, which led to a relatively low coconut production, while market demand was increasing.”