AU: Expanded labour options, but some new laws too

A lot has changed on the labour front since last harvest. Rob Hayes, Victorian State Manager of the National Harvest Labour Information Service (NHLIS) provides an update on changes to labour law, labour-hire licensing and visa flexibility and a word of advice to growers to take care they know and comply with newly-introduced laws.

The last few months have seen many changes to the way harvest labour can be sourced and paid. Most of this is good for growers with several programs expanded, new ones introduced and some red tape removed, however other changes will mean growers need to remain vigilant and make sure they comply with some newly introduced laws.
A brief summary of some of the changes either proposed or underway follows:

Horticulture Award changes are on the way
The lengthy process to review the conditions of the Horticulture Award is getting closer to completion, with draft determinations recently released by the Fair Work Commission. The main areas likely to impact horticulture producers are the inclusion of overtime provisions for casuals and introduction of a minimum two hour engagement for casual workers. At this stage it seems that piece rate workers will not be subject to overtime payments but this will not be clarified until the final determination is made and at this stage it is now known when the new award conditions will be enacted.

Victoria: The consultation period on the exposure draft for the Labour Hire Licensing Regulations and Regulatory Impact Statement closed on 5 September, 2018, and submissions made are being reviewed before final regulations are made. It needs to be noted that exposure draft Regulations do not contain a commencement date. The commencement date will be the day that the remaining provisions of the Act come into operation. This is anticipated to be around early to mid 2019. Click here for more information.

Changes to Seasonal Worker Program
The Seasonal Worker Program which allows workers from a number of Pacific Islands as well as PNG and Timor-Leste is growing rapidly and these workers now make up a large portion of some businesses seasonal labour (Figure 1), and indications are that over 8,000 visas were granted in 2017/18. The main reason for the popularity of this program is the high work ethic and the ability to get the same workers back year after year.

To make this program even more attractive for growers, the Commonwealth Government recently announced a number of changes as follows:

New Pacific Labour Scheme
A new scheme to enable growers to bring workers from the pacific to Australia commenced on 8 September, 2018. The Scheme enables citizens of select Pacific island countries (PICs) to take up low and semi -skilled work opportunities in rural and regional Australia for up to three years. Through these opportunities Pacific island workers will earn income and develop skills which will benefit their families and communities. 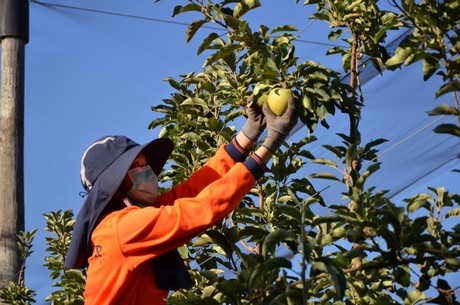 Expanded worker programs will provide more flexibility this harvest, but there are also new labour hire regulations in force in QLD which growers need to be aware of.

Workers from Kiribati, Nauru, Samoa, Solomon Islands, Tuvalu and Vanuatu can participate in the scheme. Access will be extended to other pacific island countries based on need. It needs to be noted that workers under this scheme cannot do seasonal work, but positions such as supervisors or jobs that operate year round would be suitable. Click here for more information.

Working Holidaymakers – major changes underway
Working Holiday Makers, or Backpackers, are critical to getting fruit and vegetables harvested in Australia and any reduction or increase in the number or these workers available or changes to the countries they come from can have major implications for growers.

So where do backpackers come from, and how many of them come to Australia each year? The numbers fluctuate from year to year and are influenced by issues such as the strength of the economies in the countries of origin, the $AU exchange rate, and competition from countries such as New Zealand and Canada. While total backpacker numbers are important, the most relevant statistic for the horticulture industry is the number who do their “88 days” to gain a 12 month visa extension. While total backpacker numbers have declined since 2012/13 it is interesting to note that since the change in 2016/17 (allowing 462 visa holders to obtain an extension by doing specified work in northern Australia), over 3,000 of these workers are now gaining an extension. While total backpacker numbers are in steady decline since the peak which occurred in 2012/13, it is interesting to note that the TOTAL number of people getting a visa extension has INCREASED when compared to 2012/13 or last year (table 1). 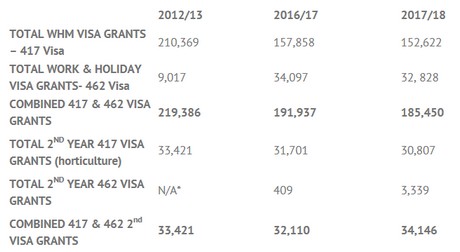 Table 1. Information on visa grants for the peak year of 2012/13, compared to the previous and current financial years.

Analysis of the countries that 417 visa holders come from shows some interesting trends with the highest overall numbers of first and second year grants for the UK. However while there are large numbers of German first year visa grants, they do not appear in the top five countries for a second year extension.

Given the importance of Backpackers for picking and packing fruit crops, the Commonwealth Government has recently announced some changes that will make it easier to find Backpackers who want to work on farms and enable them to work and stay longer in Australia. The main changes are:

The key focus is on providing immediate access to workers in key rural areas. Employers will be able to retain trained and experienced employees for up to 12 months, rather than the previous six months.

So the takeaway message is there are lots of changes either underway or soon to commence.