Strawberry growers in Florida can't seem to get enough berries to fill demand at the moment. After a relatively comfortable start to the season in November, the region experienced some rain during December along with cooler temperatures, which resulted in a slowdown in production. It's no surprise then that the warmer weather at the very end of December was a welcome sight.

"Our Florida season started a week before Thanksgiving and depending on the weather and how much volume there is, we will finish up in late March," shared Robert Wilhelm of Bova Fresh. "Overall, conditions in Florida have been quite good but we did receive some rain during the weeks of December 10 and 17. Along with cooler weather at that time, production slowed down. The weather has since warmed up however, and we are now seeing production increase again." 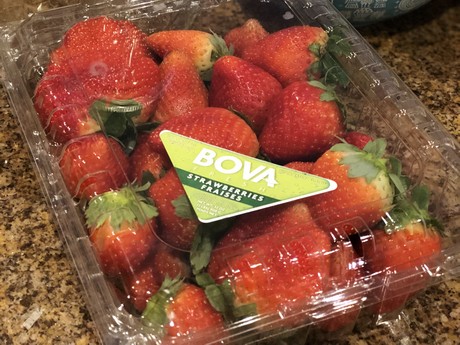 Prices are very high
Because of the slowdown in production, strawberry supplies tightened which placed upward pressure on prices. Growers in some parts of California and Mexico have also had lighter production recently, resulting in a tight market in the US. Prices are very good for Florida growers and now they are waiting for more fruit.

"Prices have been very high lately and the market is good," Wilhelm observed. "We just wish we had more fruit. Prices for conventional strawberries have been between $24 - $28, while on organic we are seeing $30 - $36. There are reports that production is lighter in other growing regions which would mean the market will likely stay strong for some time." 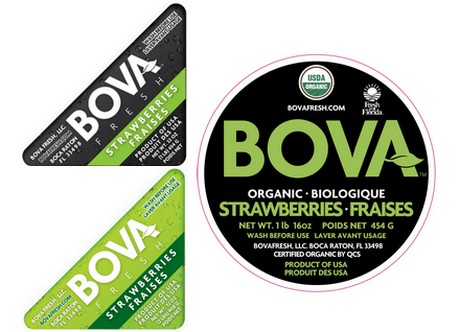 Start of organic program for Bova Fresh
2018 saw Bova Fresh launch its organic label. According to Wilhelm, the program has so far been well received, with the company now working on building up availability in the coming years. Current organic production is experiencing a similar scenario to the conventional berries, but the company says there is still a lot of organic fruit on the way for this season.

"This past year, we launched our Bova organic strawberry label," Wilhelm said. "We are now in the process of building up availability. In the short term, we should start seeing better production on organics as there is a lot of fruit out in the fields due to a good bloom. We now just need the warmer weather to help color up the fruit."