“Our apple chips have been on the market since September. It’s quite a different product than the apple chips already on the market. We have a completely different drying method, so that the flavour and colour of the apple are better retained,” says Corneel Martens of Fruit Layer. “We mostly work with Greenstar apples. These have a high vitamin C content and a good sweet/sour proportion. Besides, we prefer working with large-sized apples, the ones retail doesn’t want. This is a good win-win situation.” 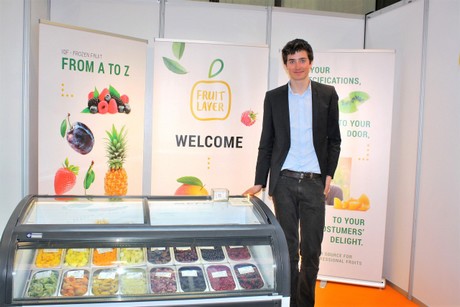 Other varieties
Although Greenstar apples are very suitable for making apple chips, it’s also possible to use other varieties. “A lot of apple varieties are suitable as apple chips, as long as the proportions are good. Jonagold is a good option, although it’s a bit too sweet,” Corneel says. Fruit Layer’s apple chips have a much shorter drying time compared to other apple chips. “Normally, the chips are in the oven for four to eight hours, but we only dry them for 35 minutes. The chips are finished and crunchy in 35 minutes, and flavour and colour are retained.” 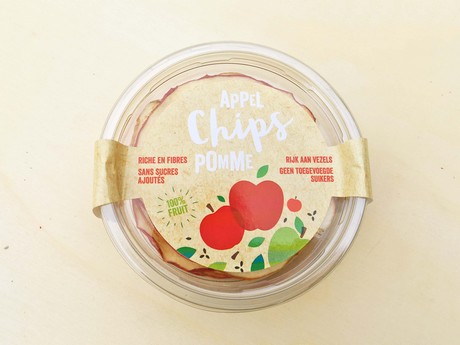 Farm shops
In March, a new production room with a new installation will be ready, increasing production capacity. “Demand for the product continues to grow, that’s why we now only supply on demand. When the new space is finished in March, we can start increasing production,” Corneel continues. Fruit Layer’s apple chips have been on the shelves of local shops, such as farm shops, since September. “The shops contact us when they’ve tried the product elsewhere and became enthused. We also received a lot of positive responses from consumers.” 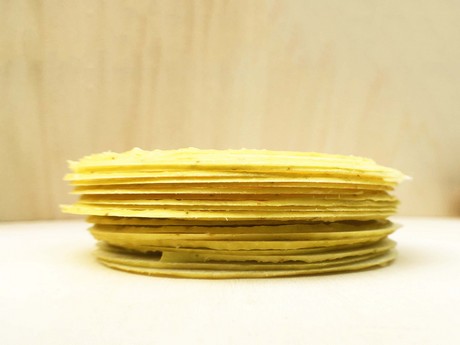 “In future, we also want to offer alternatives in addition to our standard range, such as apple chips combined with another fruit flavour. To this end, the apples are first placed in a tub of fruit juice, after which the regular process will be applied. Because of this, the apple chips get a raspberry flavour, for example, and they’ll colour a lovely red. Yet our focus is now on the natural product without additives,” Corneel concludes. 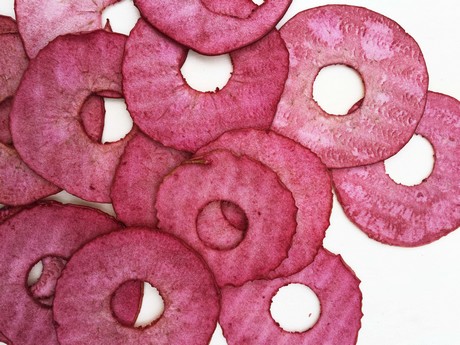 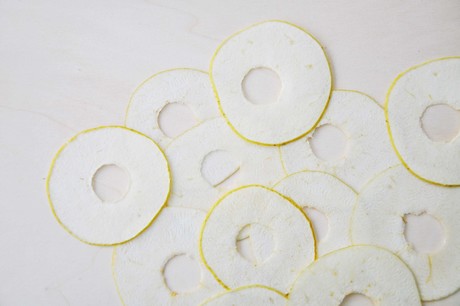 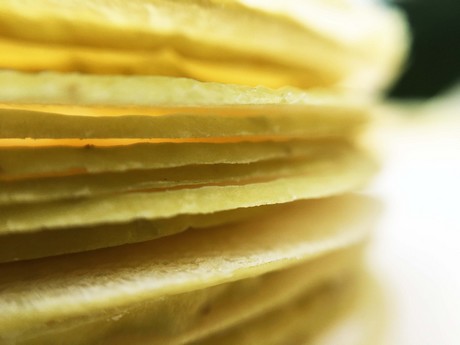