Later start for stone fruit imports to US

In just a few weeks, South American stone fruit arrivals to the US will start to peak. Importers say the season is experiencing a later start than usual this year, although total volume will be comparable to the long term average.

"So far the big difference for this year's stone fruit import season is that it will start one to two weeks later than usual," said Craig Padover of Jac Vandenberg. "Other than that, we anticipate fairly normal volume, consistent with what is historically shipped to the US market." 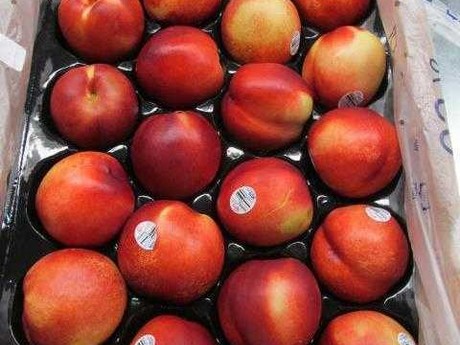 Focus on varieties that ship well
As South American exports to North America have grown over the years, importers are seeing an evolution of the varieties. They say that gradually, exporters are sending more fruit that is better for shipping, with an improved appearance and favorable eating characteristics.

"In Chile, growers and shippers are steering towards varieties that have a longer shelf life, an attractive appearance and favorable flavor profile," Padover observed. "We are seeing more of these arriving into the US market. One of the best new nectarine varieties is the Regal’inTM group. These nectarines have outstanding eating quality, appearance and shelf life and are available in a low acid white and yellow flesh. They are proprietary varieties developed by the French agronomist Arsene Maillard and his wife." In Padover’s opinion, "It is one of the best pieces of stone fruit grown in Chile maybe in the world." Other newer varieties of nectarines grown in Chile include the Andes group, and the NE-269.

Plums a big factor
Plums are the largest volume stone fruit grown in Chile. According to Padover, "there is a lot of untapped potential promoting Chilean Plums.” He noted they ship well from Chile and once they get started, they are available for three months. At various times of the season they are available in red, black, blue and yellow. "Retailers can get creative and promote different colors different times depending on availability," Padover said. "Some varieties like the Larry Anne have that sweet and slightly tart reddish flesh that consumers love. One variety that is also increasing in popularity is the Lemon Plum. It is named for its oblong shape and yellow appearance. As it turns ripe the skin and flesh turn a delicate pinkish red. They are filled with juice, and are sweet with a delightful aroma - delicious."

Padover explained at the latter part of the plum season last year, importers saw big volumes of Big Cat and Black Cat plums. These are late season varieties and their presence impacted the end of season, high volume, Angelino. "One of the challenges for marketers this year will be if the Big Cat and Black Cat plums come in heavy again this season, how will this affect the Angelino market? The bottom line is there should be plenty of delicious Chilean stone fruit to promote this year so retailers and consumers should plan accordingly."