The fig market is looking to expand and the key to that growth may just be in organics.

“It’s a really popular commodity, especially in organics,” says Erik Herman of The Specialty Crop Company in Madera, Ca. “I don’t have enough organics to meet demand. So we’re converting a lot to organics to fill that demand in fresh and dried figs.” 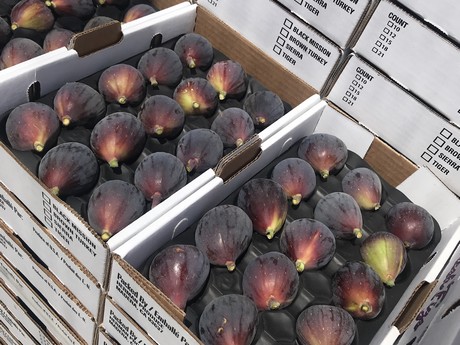 While The Specialty Crop Co. has existing organic acreage, its expansion and conversion plans include the more than 100 acres of figs it converted into organic this past season. And for summer 2019, approximately 160 acres of Black Mission fresh and dried figs have also switched to organic. Then in 2020, another 160 acres of green figs will also be certified organic.

Specialty Crop Co. grows figs in California from June to October. “Right now, there’s still a bit that comes from a later harvest in the desert and Brawley, Ca. area and that’s wrapping up but it’s smaller volumes,” says Herman. “There is some fruit in Mexico which has started crossing. And I’ve heard it’s a good crop down there.” He adds that his 2018 crop had larger volumes compared to 2017.

New growing areas?
While Specialty Crop Co. has crops in Madera and Merced Counties in California, it also recently expanded into planting in Fresno County in hopes of extending the season. “We hope it will get us started earlier and go later—so carry us throughout most of October and maybe into the early part of May instead of waiting for a first crop in June,” says Herman. “It’s a new experiment we have going on.” While the company initially planted 20 acres in the region in March and harvested some of those figs in October, it is also planting another 300 acres there in the next two months. 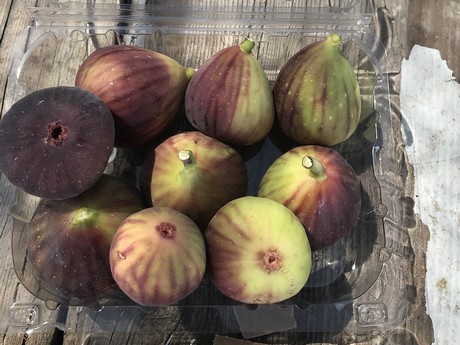 Helping fuel these expansion plans is the increasing demand for figs Specialty Crop Co. sees. “It grows every year. Foodie trends are likely pushing it partly, especially with the tiger figs. It’s a specialty item and people love specialty items now,” says Herman. “Also, for the longest time, it was mostly ethnic populations loving figs but now it’s more mainstream. You can see it in most every grocery store. It’s almost more user friendly because it’s easier to get.”

He also notes that while the season had pricing highs and lows, the markets were similar to 2017 pricing.