December is a time when the Southern California mandarin season produces even sweeter fruit, according to suppliers. This comes at a time when Satsuma mandarins are at the peak of their season, with mid-season varieties also starting around this time of year. Overall supply is good.

"The mandarin season in Southern California began on time back in October," noted Pablo Mercado of Citrus Plus in Riverside. "Satsumas are the first variety and they are typically available until January. They are followed by Clementines, Murcotts and Golden Nuggets. The entire season spans from October through to the end of May, beginning of June."

"Although ready in October, Satsumas become sweeter in December," he continued. "Murcotts will start in January and will go through to April. Along with Murcotts, clementines are the most popular mandarin variety. We also have Golden Nuggets. These are less aesthetic, without the smooth skin of other mandarin varieties. They are however, very sweet. These are a later variety and will be available in a couple of months." 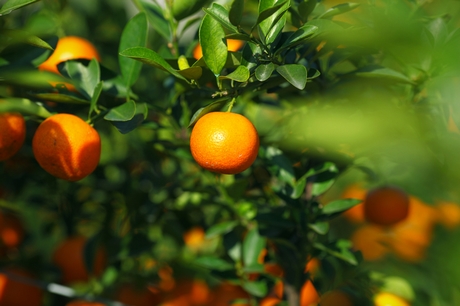 "Everything we pack is sold"
Mandarin sales are very brisk, according to Citrus Plus. Demand is high and Christmas only serves to accelerate it. "Suppliers are packing all they can and all of it gets sold," Mercado observed. "Christmas time sees strong demand although it is also a challenging time when trucks become more scarce. Overall, prices are good, providing a good return for growers. Mandarin sales have even been outpacing those of Navel oranges. We have noted that more people are starting to buy more mandarins than oranges."

Mercado attributes this to the significant promotional work that has gone into mandarins over the last few years. "Large growers are willing to spend a lot of money on advertisements and it seems to have paid off," he explained. "We now have major brands like Cuties that appeal to a large demographic, especially families looking for a healthy kid's snack."

The purchase of packaged mandarins is common place now too, with the weighted bagged mandarins appealing to the consumer. "We pack mandarins in 2lb, 3lb, and 5lb packs," Mercado shared. "This is the way people are buying them now. From what we've seen, it appears that the 5lb pack is the most popular among consumers."