The early December weather conditions has had little effect on the summer production season across the Mareeba/Dimbulah Tablelands area, according to the Far North Queensland Growers association.

Throughout the past month, North Queensland has experienced heatwave conditions with several days above 40 degrees, and last weekend a large part of Queensland had to endure heavy rain due to Cyclone Owen.

"The weather at this stage hasn't had a big impact," FNQ Growers Chair Joe Moro said. "The rain has probably caused some blemishes and stuff like that. Parts of Queensland (got heavy rain), but in terms of Far North Queensland, on the coast got more, and up around the Tablelands got a bit less. But it hasn't caused much problem in terms of hassles with harvest. With the rain being heavy you obviously get a lot of blemish on the fruit, but overall the quality is still very good and eats very well. It's just part of the tropics unfortunately. The heat also causes some blemishes, and downgrades the fruit a little bit, but it's only a certain percentage that is downgraded or a lower standard. Overall there is still some good fruit coming out." 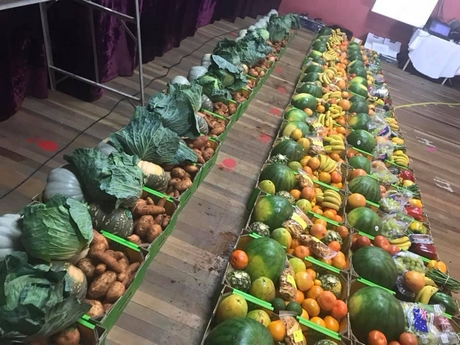 FNQ Growers is based in Mareeba, west of Cairns, and throughout summer produces a wide range of fresh produce, for markets across Australia.

"In terms of fruit, papaya and bananas, as well as limes, which are produced all year up here" Mr Moro said. "Around 70 per cent of limes come from up here now. Then we have vegetable crops like sweet potatoes and pumpkins, as well as tropical fruits such ass mangoes and lychees. This will lead us into avocados, as well as other fruits across the far north such as durians and mangosteens. But they are all coming into season now, and a lot of the tropical fruits are already in shops down south."

Mr Moro is a mango grower, producing Kensington Pride, R2E2 as well as Keitt and Palmer varieties, and started his season two weeks ago.

"The rain and the heat have affected quality slightly but that is just part of the territory," he said. "But generally, mangoes eat well. It's too early for production figures, but I think production would be up generally across all the crops."

Overall, the FNQ Growers chair believes that the fruit and vegetable industry is expanding across the region.

"In the Mareeba/Dimbulah Tablelands area and also parts of the Lakelands area, a bit further north, there has been massive expansion to the fruit crops," Mr Moro said. "Particularly avocados and citrus, but also table grapes - there has been a lot of table grapes being planted up in the Tablelands. I think we are the third largest food bowl area, the Far North Queensland, and the Tablelands makes up a significant part of it. A fair bit of citrus has gone in, as I mentioned 70 per cent of limes comes from the Tablelands now."