Although the Turkish lemon harvesting season will be heading towards its end in February, the season for other citrus fruits is still only half way done. For Eren Tarim it has been a moving season, with ups and downs and complete opposites. Whether it’s the currency, weather or sizes, the results have been varied during the season.

Overall the lemon season specifically has been pretty good, says Coskun Eren, the Head of Marketing of Eren Tarim: “The low currency value helped us start a good season and other factors like Spain being late and South Africa closing the season earlier than usual have made a good combination. The only disappointment was, for Europe CAT II lemons did not raise a lot of interest, and mandarins in general did not have the desired demand. But Eren will have lemons available until June, so we’re barely at the middle of the season, I would not call the season over just yet.” 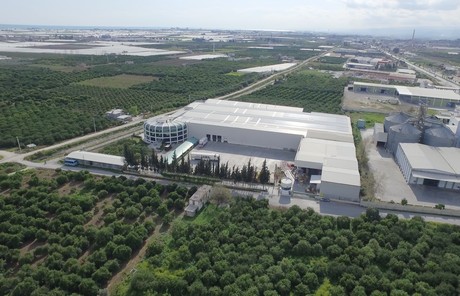 Sizes have been an issue for a lot of European lemon growers. The same can be said for the lemons of Eren Tarim, however Eren states that other citrus are facing the other side of the spectrum: “The sizes in general are small in lemons (Lamas), but for oranges (Washington Navel) and the grapefruits (Star Ruby) it is the exact opposite this year. They are so big, we can’t find the smaller sizes we need for them. But this doesn’t make much of a difference for us, since we have a lot of markets that we work with and can easily divide each size among our customers. This way everyone gets the sizing they want. Preferred sizes change every year, so we simply adapt.”

Thanks to great weather, the season in Turkey was able to start two weeks early. This gave Eren Tarim a clear advantage over its competition from other countries: “The season started two weeks early, but it also ended two weeks early for almost all the varieties. As people will know, in produce, having the earliest and the latest product is always advantageous. Having a two week advantage over other countries, on top of Turkey usually being earlier, gave a us a great push to start the season. And once you are connected, you can continue from there,” Eren says. Although the weather started great, that didn’t last the entire season: “Now it is raining. I guess it can’t be great weather all the time, but for the last two weeks there has been rain almost every day. It has prevented us from entering the gardens, so now we are trying to meet the demand of mandarin and lemon orders.”

Even though the harvesting of lemons is over, Eren Tarim expects to keep busy with exporting the fruit for quite some time, thanks to their storing capabilities: “We have many more varieties to go and we will have lemon and grapefruit for export quality until June. We have 2000 tons of cold storage with CO2 Humidity and Ethylene control. Our internal R&D provides us with the know-how and the technology to hold the citrus for very long periods of time. The citrus season is far from over for Turkey!”

Eren Tarim will be attending Fruit Logistica in Berlin. You can find them at the Turkish Pavilion at Hall 1.1, stand E-17. “We will await all with sweets and warm welcomes, so come say hi!” Eren concludes.