Tal Amit of the Israeli Plant Production and Marketing Board:

"Jaffa Orri is the best mandarin in the world"

“In my 30 years of experience in the citrus industry, and with my knowledge of the many varieties, there has never been a better variety of mandarin”, says Tal Amit of the Israeli Plant Production and Marketing Board about the Jaffa Orri mandarin. “Even our competitors admit to this.” Nevertheless, there are still some problems with this variety, like alternation.

This popular, late easy peeler, although it has only been grown commercially for ten years, has been years in the develop making. “We started breeding this new variety at the end of the 70´s”, says Amit. “At the beginning of the 90s, we planted experimental plots for observation. These field tests took another ten to twelve years. So, only in the first half of 2000, we started to see results with one of the varieties. Only then we introduced it to the growers.”

“However, we found a way to overcome the problems by using all kinds of agro-technical methods. Only when the growers saw you could get between 30 and 40 tons per ha, even as much as 50 tons per ha, then they were convinced.” Mass planting only began in 2006/2007, and the first commercial quantities of the Jaffa Orri were produced in around 2008. 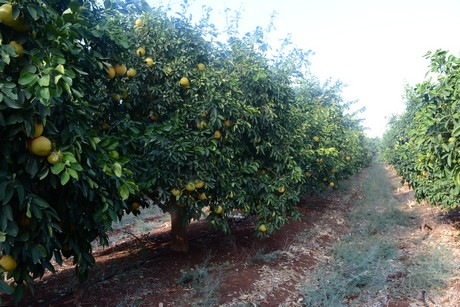 Wanted: a specific type of mandarin
“We were looking for a late easy peeler, seedless fruit with a full orange color, good internal quality, and a good shelf life”, says Amit. An added, unexpected, bonus is the Jaffa Orri is resistant to the Alternaria fungus. This disease is a big problem in most of the easy peelers and it took several varieties out of the market already. Even Nova and Fortune are susceptible for the fungus, Amit explains. Nowadays, every variety that is in the breeding pipeline is first tested to see if it is resistant to this fungus before checking other characteristics and before we move on to the second stage. If not, it is a no-go.”

The impact of the fungus is huge. Israel used to have a large Mineola production, but that production is diminished because of Alternaria. “Because Mineola is a crossbreed between grapefruit and mandarin the Mineola is grown in the same regions as grapefruit,” Amit explains. “When Alternaria came into the area, we had to pull the trees out.” There are some growers of Mineaola’s left in Israel and generally it’s a good market with a good profit for growers. “But if you have to spray a lot during the summer months, that consumes all your profit.”

Currently, there is 5 000 ha of Orri orchards in Israel. Amit says this will not increase. “We also have restrictions on what can be labelled as Orri Class I. This has been the case for many years.”

According to Tal, the development of this breed was financed by the Israeli growers. “It was meant to be only for the Israeli growers. Nowadays, since the variety is so popular, we get pressure from all kinds of countries. Everyone wants a piece of the cake.” He adds that it takes more than six years to get European Plant Breed Rights (PBR).

“While you wait for this to happen, anything can happen. You cannot claim that your variety has been stolen during this period. We only got the European PBR in 2013. Only from then on, we were able to start acting legally against countries that have illegally obtained the variety and is growing it commercially.

“Now there is action”, he says. “There are court decisions and fines. Illegal plantations are also being destroyed.” According to Amit, Spain, one of the countries that illegally obtained this mandarin variety, has since been ordered to pay royalties to the tune of about EUR60 million. 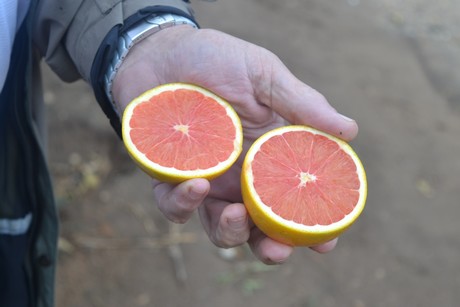 Looking for new products
The breeding programme is ongoing. “We are searching for new products”, says Amit. “One of these is a ‘blood’ mandarin. We are also looking into a new kind of grapefruit that does not interfere with certain statin medications taken to lower a person’s blood pressure.” There are also other varieties of mandarin in the pipeline. “These new varieties are totally different. They are shaped completely different from the Orri, and some say they taste even better. The seasons are also different; shorter than Orri. It will be called something else so as not to confuse the growers and consumers.”

When asked where they see the Orri brand in the future, Orna Inbar, Jaffa’s International Marketing Specialist says, “The original branding plan was a five-year plan. We are in third year. The first year was dedicated to building infrastructure. The second was focused on digital and B2B marketing. One of the principles of the plan is that if there is no B2C marketing, then the B2B marketing is not justified as branding should put to focus into consumers and consciousness to the product.

This year, towards the end of the season, we will analyse the plan”, she goes on to say. “If there is a problem with marketing, we will pick it up then. The decision was taken after a small season distributed to all markets with low quantities and good prices for a reputable variety. T Reputation values of Orri Jaffa shows about 70% of fruits are exported, France markets carry 45% share of total export quantities.”

High yields mean smaller fruits
“This year is going to be a moderate-to-big year. Usually, with a big volume year, the sizes of the fruit is expected to be smaller. Small size fruit require different sale methods, different markets and attention to price. Then we might be able to use the argument that continued marketing efforts would have made for different situations”, Orna continues.

“One can never measure marketing costs on the current situation. We need to keep investing in it. If we do not, people will forget the brand. For it to remain a well-known brand, you have to invest in it continually. You must not only spend a lot of money on promotion. Keepingthe quality and Brix level high is essential”, she says.

And the Israeli citrus industry in 10 years? Amit thinks it will be the same as it is now, “We are struggling with the lack of land and water shortages all over the country. We also have old farmers with no successors.” Production costs are also very high in Israel. “Water, labor, land - these three elements are far more expensive here. If in ten years, everything is as it is now, I’ll be very happy”, he concludes.