At last, a seedless Muscat grape?

Do you want to know which tastes, shapes, and colors will be on store shelves over the next few years? Then, visit the breeding companies. One of the markets which has seen a lot of development in recent years is the grape market. After the revolution of the seedless varieties, new varieties followed. With these, the emphasis was more on their taste. Where will it end up? We asked this of Alexandra Sapir, Legal Manager and Liz Shani, Client Relations Manager of Grapa Varieties.

Grapa Varieties has made a name for itself commercializing ARRA™ and Early Sweet™ table grape varieties, especially with the ARRA 15 (branded as ARRA Sweeties™). Developed, together with all the ARRA varieties, at the ARD Breeding Programme, this is a white, seedless grape variety that is cultivated worldwide. “ARRA 15 is our most well-known and strongest variety, so far” says Alexandra. Introduced six years ago, about 3,000 hectares are planted with ARRA 15 globally. The variety’s big advantages are its taste, crunchiness and great shelf life, making it also an excellent Thompson seedless replacement.

ARRA 15 is totally rain resistant, growing in the tough Brazilian weather and doing excellently in the arid regions of Namibia, north Chile and Peru, as well as in the colder climates of Europe.
Talking about rain and humidity resistance, Grapa is leading the way with a full basket of red, black and white rain-resistant varieties.

Much interest in new varieties
Grapa represent to the market an unmatched selection of early varieties like the ARRA 29 and ARRA 30 as replacements to the existing early varieties.

There is a lot of interest among the growers in the new varieties; “ARRA 29 is very popular among the red varieties and ARRA 32 is a promising, late, black grape that we recently presented” says Alexandra. 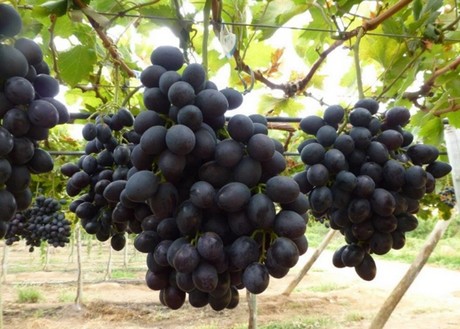 This interest is evident in Grapa’s growth figures. Grown in 22 countries, the total acreage planted with ARRA varieties doubled last year, compared to 2016. “With such rapid growth, our priority is to ensure that demands are met and growers are supplied with the highest quality plants from the best nurseries” says Liz.

Taste the difference
Recently, taste testing panels were held at Fruit Logistica in Hong Kong, Fruit Attraction in Madrid and in the British retail sector. As Liz explains, “These panels provide a valuable assessment of which are the best varieties to put on the commercial market,” Taste is still the most important commercial component of grape breeding. “The Muscat taste is the ‘holy grail ‘of grape breeding and is the classic grape taste. However, it is very difficult to breed a seedless variety that tastes like the Muscat,” says Liz. Until now, that is. Several of the varieties in Grapa’s pipeline are seedless grapes with the distinctive Muscat taste. 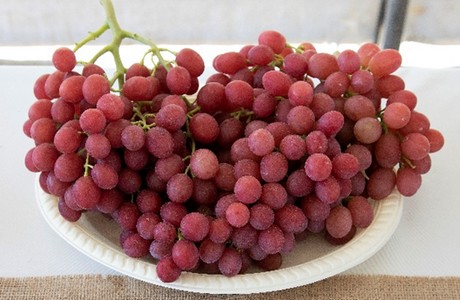