Lisan van Koppen of Jaguar The Fresh Company can sum up the Spanish persimmon and citrus season in two words: small sizes. There’s naturally a more nuanced image behind these two words. She talks about the delayed harvest, the growing market for persimmons and the early tangerines that are being pushed back by more colourful varieties.

“All of the Spanish fruit is small because of the cold spring and anomalous summer with first a hot period and then rain,” Lisan paints a general picture. Whether it’s pomegranates, persimmons or tangerines, the start of the season has small sizes. “Rain fell in Spain in the past few weeks, so we’re expecting larger sizes later in the season.” Due to these same unusual weather circumstances, the season started seven to ten days later. 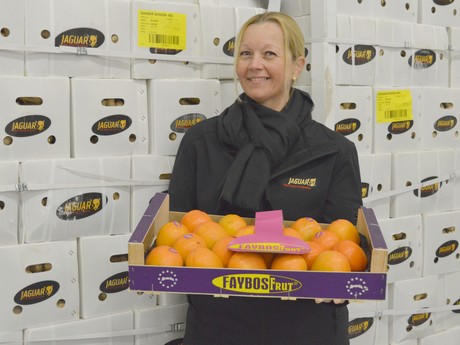 More persimmons, but few class 1
Spanish growers expect to harvest more persimmons this year, but a lot of the fruit is unusable. “A lot of fruit was damaged by night frost and rain. Some growers have lost parts of their harvest because of the cold. More class 2 and less class 1 is available because of this, but this didn’t match the image I saw in the Netherlands,” Lisan says in week 44. The Dutch market for persimmon is doing well that week, but effects from a smaller volume of class 1 can’t be seen.

“Persimmons are becoming better known on the market, and more and more consumers are becoming more familiar with this fruit,” Lisan explains. “Even smaller villages have persimmons in shops. It’s a growing product.” She also mentions that persimmons increasingly manage to gain a place in fruit baskets and as working fruit. The warm Indian summer weather also didn’t manage to put pressure on the market. “Persimmon is in demand despite, or perhaps because of, the good weather.” The first persimmons that were harvested were small, but that didn’t have negative effects on the market. The start of the season is usually characterised by higher prices, once the season gets in its stride prices drop rapidly. The prices are more interesting for consumers during the first period. 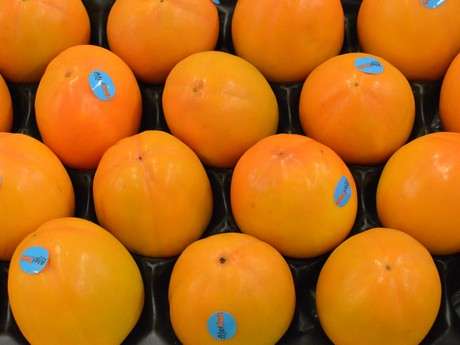 Italian competition and Russian boycott
The growing market for the orange fruit can also be seen reflected in the production. The area is still being expanded in Spain, Lisan knows. Besides, persimmon is also being planted in Italy. The Spanish sector isn’t much bothered by the Italian production yet. “The Italian season is earlier,” she says. “I hear Spanish growers mostly compete with each other. Spain is actually the only country on the market in these weeks.” The relatively short season starts in October and lasts until January. The Spanish sector is trying to extend the season by investing in storage capacity, improved technologies, storage cells, experiments and tastings.

The familiarity of persimmons in Europe is thanks to the millions invested into the promotion of the fruit, among other things. “There was more product than there were customers, so they started a marketing campaign,” Lisan explains. “That campaign was successful. Traditionally, Russia was a big market for Spanish persimmons. After the boycott it became a bit tense regarding where the persimmons would be shipped, but the European market responded well. We’re seeing more demand for persimmons throughout the EU. The fruit is becoming increasingly better known.” 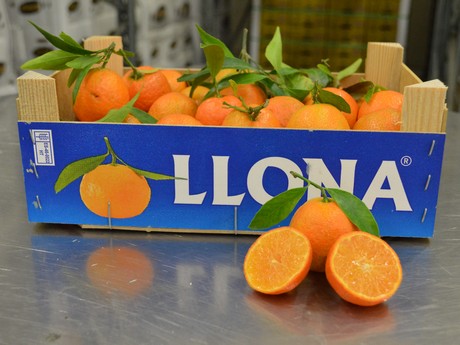 Early varieties being pushed aside
Sizes are also smaller in citrus. Besides, the fruit colours more quickly, so that varieties such as Clemenrubi, Oroross and Clemenules became available early. In any case, these varieties, with a better colour and flavour, are gradually pushing aside the Okitsus and Satsumas, which herald the start of the tangerine season. “In the past, the seasons gradually started overlapping, but well-coloured fruit is on the market earlier now.” Besides, producers outside of Europe are investing in late varieties, so that the badly coloured, sourer varieties of the European season are in trouble. “The first Okitsus were in good demand after the overseas season, but that’s no longer the case. Growers who still have these varieties, now have to get started with new varieties.”

The market for the, often sourer, early varieties is limited to Scandinavia and the UK. In the past, Eastern Europe was another market that bought these tangerines, but thanks to the economic growth, that market also became developed. “They pay good prices for the fruit,” Lisan says. “We made a conscious decision to only do Okitsu and Iwasaki on order. Besides, we do all kinds of leafy tangerines: leafy Marisol, leafy orogros, leafy loretina, leafy primasol, leafy oronule, and more. In short, we have a brand and a price for every customer.”

The new season is also about to start for the other citrus. In week 42, Lisan cautiously looks ahead: “The oranges had a good overseas season. It will take until week 45 before supply from Spain really gets into its stride. We expect smaller sizes.” The grapefruit is also taking longer. When we speak to Lisan, the final South African product is marketed. The image appears to be changing for the lemon market. After an overseas season that Lisan describes with superlatives like “fantastic,” “out of stock and shortages,” the Spanish season is expected to be more difficult. “Prices aren’t bad, but it appears to become more difficult. Because of smaller sizes, more kilograms and competition from Turkish lemons, it’s expected that the season will be completely different with lower prices and a scarcity of large sizes.” The Pink Lemon, also known as Tiger Lemon, starts its season in week 45. The lemon with a yellow and green-striped peel and pink flesh is a niche, but demand is increasing. “It’s a mix of lime and lemon, and it smells great. Its flavour is flowery,” Lisan describes the stripy lemon.