A month and a half into the Peruvian table grape season and North America remains an unfavorable market for South American grape exporters. On the surface, the numbers suggest an average Peruvian season from a North American perspective. In reality, Peru is enjoying a bountiful crop but much of the fruit that would normally travel to North America has been diverted to more receptive markets.

The reason for the proportionally fewer shipments to North America is the abundance of California grapes this season. “As a result of the fact that domestic table grapes from California remain widely available," Greenberg explained, "Peruvian shippers have diverted fruit to other markets as they await a more receptive North American market. In December, though, we expect to see heavier Peruvian arrivals with volumes more reflective of the size of the Peruvian crop. 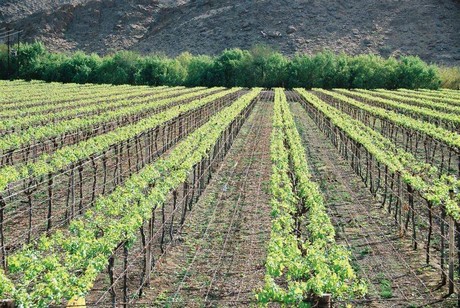 Markets remain soft
As the numbers indicate, overall volume from Peru is expected to be higher this year. However, with plenty of grapes available in North America, the market remains soft. The imported fruit from Peru is still subject to the downward price pressure that has affected the North American grape market.

"Peru is expecting a larger table grape volume than last season," Greenberg shared. "The fact that this is not yet reflected in the total departures is a function of the timing of the Peruvian harvest. The market for imports is soft with slow movement. Exporters of Peruvian table grapes expect a price for their fruit that the market is just not yet ready to pay with relatively inexpensive domestic grapes still available."

"So far, Crimsons and Flames have formed the greatest part of Peru’s red seedless loadings to date with a few Sweet Celebration, Jack’s Salute and Scarlotta’s rounding out the offering," Greenberg said. "In white seedless, Sugraones have formed the largest part of the loadings with Thompson Seedless not far behind. But there have also been Sweet Globes and Arra 15 shipped."