The chestnut harvest in Italy is still in full swing. After a slightly delayed start, growing conditions have subsequently been very good, enabling suppliers to have a nice crop to ship to markets around the world. Growers say the season started a week later than last year and due to the warmer weather in the United States, importers waited before distributing it to the market.

"We normally try to get chestnuts in by Columbus Day but this year there were very few around at that time," noted Maria Conte of New Jersey-based Four Cees. "They really started to come in with more volume from October 15. However, the weather was still warm in the US so we held them back and waited until demand improved."

The region has enjoyed favorable weather

Air freight costly
One of the major challenges for chestnut suppliers was the expensive air freight. Additionally, there were times when the desired airline, airport or days were not available when additional inventory was required. This was most acute during the early part of November when more products were being shipped from Europe to the United States in the lead up to Thanksgiving. Unfortunately, chestnuts sometimes had to take a back seat to higher paying cargo. 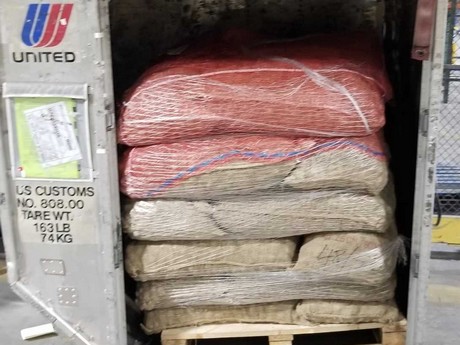 "Air freight costs started to increase the second week of November and have remained high ever since," Conte explained. "Although we cover our demand by setting our flight schedules in early October for November and December, trying to obtain additional inventory can be hampered due to airlines refusing chestnuts for other products that would pay triple our rate, or weigh less. Additionally, they will increase our rate during these busy times. However, being in the business for as long as we have, we now pre-book the airspace to guarantee our sales requirements so we are not scrambling for flights. The increase in air freight costs during November affected a lot of fresh produce including radicchio. Air freight availability has improved now but the rate is still very high."

Christmas signals end to US season
The chestnut season in the US still has a few more weeks to run before imports cease. While the season in Europe will continues into the New Year, demand in the US disappears after Christmas and therefore buyers try to finish up their inventories by that time. 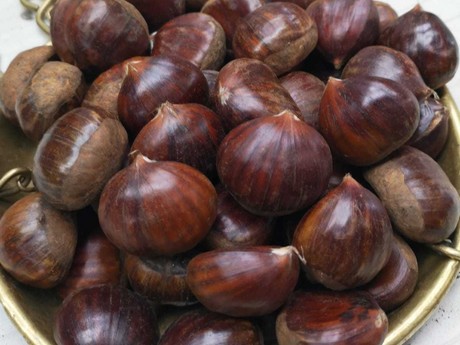 "In Europe, the chestnut season will continue through to February, but in the United States it is done after Christmas," Conte observed. "By mid-December, we stop shipping them so we won't have to worry about any delays to shipments as a result of the airlines. If a shipment is delayed, they don't take any responsibility so we don't want to run that risk."

Conte added that another difference for the US market is that they prefer the larger chestnuts, while Europe typically goes for the smaller sizes. "The Marrone variety is the chestnut of choice for the European market," she said. "This variety is more well-known there as it is smaller in size and often described as sweeter. The US market however, prefers the larger sized chestnuts. Four Cees supplies chestnuts in 25lb bags but other packaging options are also available, depending on what the client is looking for."