“The prices of Orri have stabilized at a certain level. They are not sky-high, but it is still a good level”, says Oron Ziv from Befresh Europe. “However, since the Orri production costs are so high, farmers need crops of a certain level to cover these. If your average yield is below, let’s say, 25 tons per ha, you can hardly cover your costs.”

Orri clementines are also a one-year-on, one-year-off crop. “This also affects prices. In many areas, growers are not reaching the 25 to 30 tons per ha average. Growers who do not specialize in citrus and those in areas where this type of citrus does not do well have reduced the size of their orchards. I see the end result as being that the Orri will be concentrated in central Israel,” he says. This clementine variety grows well there.

“It is still one of the best varieties of clementine that there is”, says Oron. According to him, the main competition in the future for the Israeli Orri will be the Spanish Orri. “However, I do not see the selling price of the Orri getting as high now as it was in the beginning.” Orri is still the main citrus product in Israel. 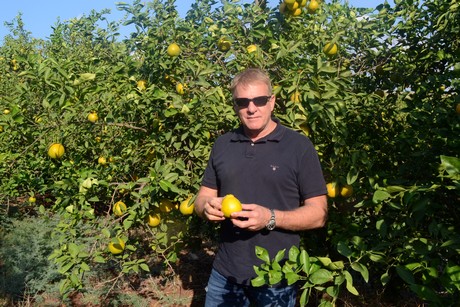 Oron Ziv in a Mineola plant.

Orri is a best seller
When it comes to citrus exports; Orri is, by far, the biggest seller from Israel. Oron says, “Last season Israel exported around 70,000 tons, the year before it was more than 100,000 tons. This year, they are predicting the volumes will return to between 90 000 and 100,000 tons. No other variety comes close.” Befresh also exports traditional citrus varieties like grapefruit - red, white and the Sweetie along with some pomelo. “We also export a small quantity of Mineola, between 400 to 500 tons.”

“The Sweetie is a very nice product”, Oron continues. According to him, the Star Ruby is the best grapefruit in the world. However, it does not grow well in warm climates. “It was first planted in Israel in the upper Galileo region. Then farmers wanted to grow it everywhere”, he explains.

“In the beginning, this grapefruit was planted all over the country, but now there are none in the warmer regions of the country. All the trees died off. That was part of the crisis the growers were facing ten to 15 years ago. Prices were going down, and there was almost no crop. Between 2001 and 2003, the amount of grapefruit decreased dramatically.”

Grapefruit prices doubled
Then, in 2004, Florida was hit by major hurricanes. “It was crazy”, says Oron. “In one day, the price of grapefruit almost doubled.” He says this was followed by three or four very good grapefruit seasons in Israel. “That lead to a huge wave of new plantations of grapefruit, not only in Israel but also in the Mediterranean. Then a few years later, the market was oversupplied again, with depressed prices.”

He says this stabilized in the two seasons before last. “This season has been tougher than the previous two years. South Africa stayed on the market very late. So, our season did not start so well”, he says. “It is a difficult market to predict. If you asked us last year, we would have said grapefruit has a bright future.” 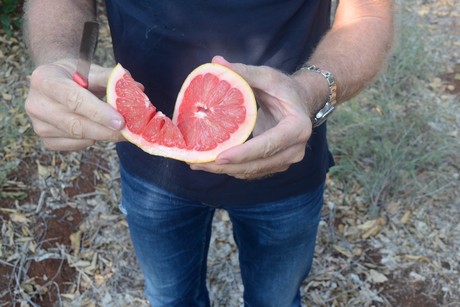 A Rio Red grapefruit. The quality and taste is special. The Red Sweety variety is also cultivated in Israel.

“Turkey also has nice grapefruits, but due to the climate, their internal quality is not up to scratch”, He continues. “These grapefruits sell well in Eastern European countries. However, in countries like the Netherlands and France taste and quality is more important than the price. Retailers here prefer grapefruits from Florida. If these are unavailable, they turn to Israel.

In discussions
When people ask him what to plant, his first suggestion is to plant the variety that grows well in their area and climate. The key to success is to have a good crop without too many costs. Grapefruit - you need to be able to harvest an average of about 80 or 90 tons per ha to make money.

Other products
Although it is not their main product, Befresh Europe also exports Israeli avocados. “Already last summer, and at the beginning of our season, because of the high volumes from the Southern Hemisphere, the prices were under a lot of pressure”, he says. “Especially the Ettinger. This year is a typical on-season for avocado, with high yields. Ettinger prices were very low these last few weeks.”

The difference between citrus and avo, according to Oron, is that Israeli citrus totals a small percentage of the market. “In avocado, especially the Greenskin, in the winter, Israel is a very dominant player competing with Spain”, he says. “The reason Israel focuses on Greenskins is that the local market prefers this over the Hass. Also the Greenskin’s average yield here, in Israel, is almost double that of the Hass.”

There was around 25% less. “However, at first, it was thought these losses would be much more dramatic. Due to that, the market was biased. Prices were high, the market was very good. Overall, the grower got a very good price. The 25 - 30% losses they had in volumes, they gained with the price”, he explains. 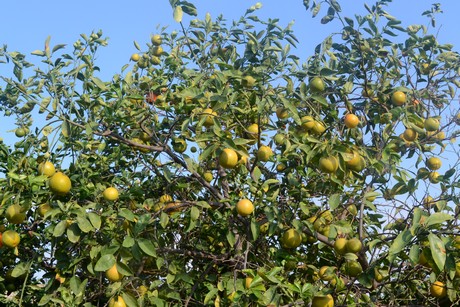 These Mineolas are picked mid-December.

Focus on Europe
In contrast to several other Israeli exporters, Befresh Europe focuses their trade on Europe, rather than Russia. This is because the Befresh Group has divisions for separate parts of the world. Oron says there are, indeed, certain Israeli products, such as radish, celery, capsicum, and Sharon Fruit that are not sold in Europe anymore. “I would say 95% of these products are sold in Russia”, he says.

“It is tough to break into new markets like Asia and the US and the list of products you can ship there is very limited. It is also very costly. We ship to Uruguay, Australia, Korea, Japan, and China. These are all very tricky markets. Transit times are sometimes as high as 45 days. Not many products can handle that.”

BeFresh Europe has a BRC Agent and Broker certificate. “As I see it in the future, more retailers will demand that exporters not only have their packing houses certified, but the exporters themselves will also have to be certified”, he concludes.