Mexico asparagus growers are entering a tricky time of the year. During December and into January, supplies of asparagus from Baja tend to be more unstable due to unpredictable weather. Rain and cold weather can quickly diminish production, and right at a time when demand is increasing in the lead up to Christmas. To add another variable, there is some transition occurring now between earlier and later plantings.

"As a region, Baja has been going since early to mid September," observed Donald Alford of Altar Produce. "We are coming towards the end of our early plantings and there are some new ones opening up for December. These are also in Baja but are different fields. It's coming into the time of year when growers are hoping it doesn't get too cold." 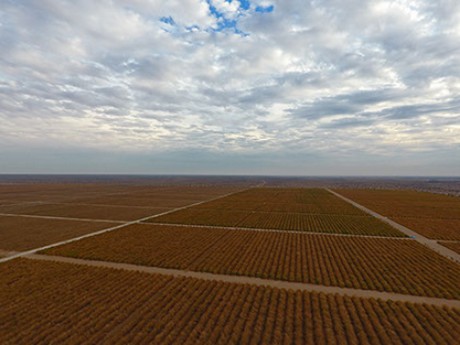 So far, so good
Alford reported that fall presented growers with good weather and as a result supplies have been steady. They are hoping that similar conditions will extend over the next month and a half to ensure good supplies for the holidays. However, it is quite typical for asparagus growers to experience their least productive months in December and January.

"Fall has been good in terms of supplies," Alford noted. "December and January are always dependent on Mother Nature and we usually produce the least asparagus during those months due to the cold. We see a similar dip in August and early September when the weather gets too hot. It's during these months that supplies are the most unpredictable."

Alford added that the market is currently flat after the Thanksgiving holiday, with retailers taking stock before the next rush begins. "The market is in a post-holiday mood and is rather unstable," he explained. "Buyers take a breath before they get ready for the next pull, which will be Christmas. The market is expected to be lower until December 5. This is the date when the early fields finish and the later fields begin. In the lead up to Christmas, demand increases and we also see increasingly unstable supply during this period." 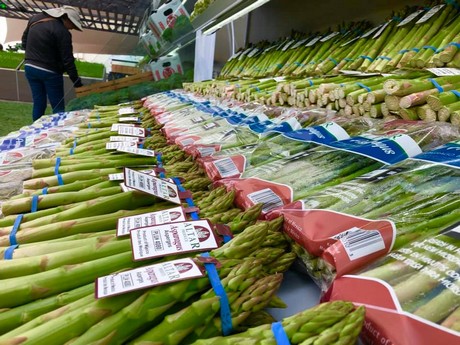 Caborca the next stop
Once growers get through the turbulent month of December, the next major region of Caborca gets underway. For some growers, this is their biggest production region. "We are now gradually preparing for our Caborca season which starts in January," Alford shared. "This is our biggest season and so far, everything looks good for the crop."

For the asparagus category itself, everything remains quite static, with growers content with how the vegetable is being presented in the US market. "We continue to package our asparagus in the 1lb bags as well as film bags," Alford said. "There is not a great demand for other varieties like white asparagus. White asparagus has never really been tried in Mexico. For the demand there is, it usually gets flown into either Miami or Los Angeles."