Fewer potatoes emerging from the 2018 crop

Supplies of potatoes look to be lower this year across the U.S.

“It appears we’re going to have a short supply of potatoes this year which we haven’t had in a long time,” says Ken Gad of South Easton, MA-based Cambridge Farms Inc.

Gad notes that potatoes across the country have come in in uneven amounts. “We have a lot of potatoes out West, so from Idaho, Oregon, Washington,” he says, adding that Idaho potatoes came in with a large size profile this season. “In the Midwest, North Dakota lost a percentage to frost that they didn’t get out of the ground in time. And part of what they harvested could have issues. Wisconsin has a lot of potatoes but they were planted in bad conditions, and harvested in even worse conditions. Excessive rains and cold during harvest affected a very large percentage of their crop. Issues such as water rot and freeze damage are showing in their storage facilities.”

Gad notes another indicator of a potential shorter supply—that buyers who normally buy red potatoes from North Dakota in January have already been turning to the state for red potatoes. 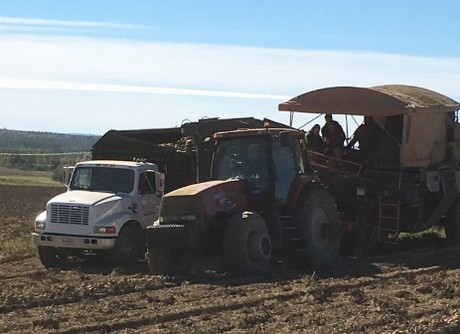 East Coast picture
Meanwhile on the East Coast, Maine pulled in an average crop. “It was a nice crop so our storages got reasonably full but the demand has been pretty good so far as well,” Gad says. “So we’re pulling down quickly on that and seeing a lot of demand for the Eastern russets.”

Meanwhile in Canada, he says Quebec, New Brunswick and PEI were not able to complete harvest before wet and cold weather moved in. Several thousand acres have been left in those fields as well. “So there’s a shortage of russets as well as colors,” he says. “Yellows are not in any great abundance, neither on the reds. We don’t have an abundance of Eastern Russets to deal with. So it’s going to put a lot of pressure on the West.”

He also notes that while Western potatoes are an option, challenges in gaining transportation and the increased costs of transportation thanks to the electronic logging devices (ELDs) ruling that came in late last year may boost costs even further.

Demand issues
On that demand side, he also adds that the way potatoes are increasingly being marketed is changing the market. Rather than turning to picking up solely a 5 lb. or 10 lb. bag as consumers have done in the past, these days there’s greater choice between sales of loose potatoes in a variety of colours, pre-packaged steamers or creamers, smaller bags of specialty items such as fingerlings and more. “So we have to grow less of those 5lbs. so we don’t oversupply,” he says. “You’re still eating potatoes but you’re eating them differently. You’re feeding the country less per sale because we’re putting more of what we grew on the market.”

Altogether, that’s making for higher prices this season—possibly as much as 25-35 percent over last year, adds Gad.