Watermelon growers are shifting their production through different Mexican regions now as the winter crops begin. For Stella Farms, they are about to begin watermelon production in Nayarit this coming week, where they will ship for about six weeks, before moving to Yucatan for eight to ten weeks. The company's Mexican season finishes up in Tamaulipas in May.

"We are about to start in Nayarit this week," said Mike Martori of Stella Farms. "The main production will be in Mexico over the next six months. Honduras and Guatemala will also be in production over the northern winter. Guatemala is already shipping cantaloupe and if watermelons have not started yet, they will do so shortly."

Martori noted that the first part of the Mexican watermelon season is looking good. Supplies will likely be impacted in January however due to the effects of hurricane activity in the region over the fall months. "There was about a two week period when we weren't able to plant," he explains. "Therefore, we expect to have tight to very tight supplies by around mid-January, although we are trying a few things now to try to cover that gap. Until then though, we are seeing good production and quality." 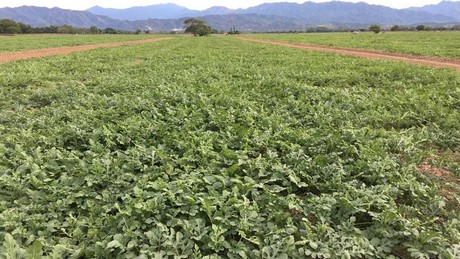 Market is good
With watermelon production looking steady for the next month and a half, the market is good. Supplies are sufficient to meet the current demand, but growers expect that prices will trend upward towards the new year, something they say is typical for the time of year.

"As the Sonora and Florida crops both wind down, pricing is good," Martori observed. "Currently there is not a lot of demand, but there is also less fruit around, so we are able to meet the demand well. We think we will see a slight rise in prices into December and January, but that is not unusual."

"Stella Farms ships watermelons year-round," he added. "It's still an item where we see good overall demand, with sales increasing each year."

"Another category where we are seeing strong growth is in cut watermelons," he continued. "There is strong consumer demand for that particular convenience item." 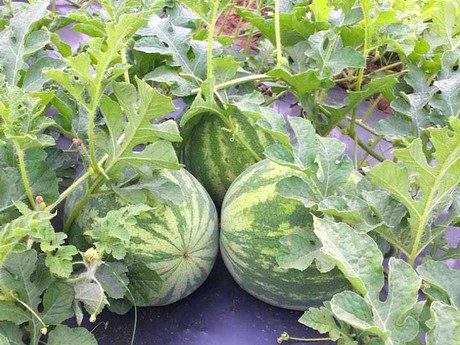 Nayarit watermelons are ready to go

Martori did note however, that these particular watermelons are usually not as tasty as the varieties sold whole. He said this is something that growers are working on now as the category grows. "Watermelon growers are currently trialing few new varieties, trying to find a balance between something that is suitable to be cut and also tastes great."