“Exporting outside of the EU would be a good adventure”

The early start of the orange harvest is the only remarkable thing about the Greek season, according to Stelios Lykoskoufis and George Sellis. The old-school trader has been active in the sector for quite some years. Unfortunately, the export of leafy tangerines is no longer allowed, and the sector is facing a number of urgent problems, although that can’t stop him from looking for more. Such as export to far-off destinations, that would be a good adventure. 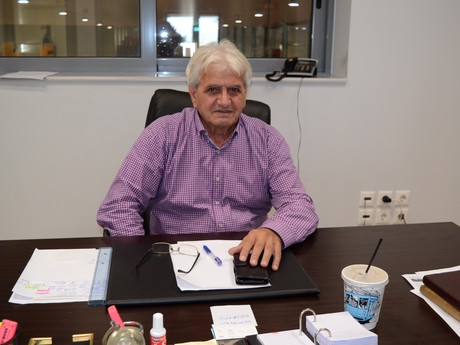 The red-brick house contrasts with the citrus trees surrounding the building and the blue sky. It’s hard to miss the green letters on the building. The car park is full of cars, and some lorries are waiting until they can be loaded. These are busy weeks for Extra Fruit. The Greek company, located in the Argos region, mostly markets citrus. The busy weeks have also started for George Sellis. George’s desk always has at least one phone ringing. During the conversation, the trader scribbles notes on a piece of paper. “I’m not interested in technology, or rather, technology isn’t interested in me,” the trader explains the lack of a computer on his desk, smiling.

Early start of orange harvest
Looking over his shoulder into the warehouse, the packing process is equipped with new technologies. “We mostly pack oranges and clementines,” Stelios says. “I expect a good season with a good volume. We don’t have very large sizes in oranges, but other than that, it’s looking well.” 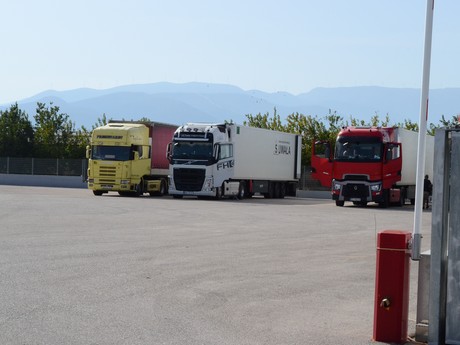 Last year, the harvest in the region, the citrus heart of Greece, was lower due to hail and frost. That’s not the case this year. “We’re not harvesting today because it rained this morning,” George says in week 44. “We stop harvesting when it rains. We started harvesting on Monday. That’s about ten days earlier than normally.”

Juicing oranges, leafy tangerines and Navels
Poland is the biggest buyer of the citrus. “Polish customers want smaller sizes. In the past two years, they asked for size five a lot. We export the large sizes to Romania,” Stelios continues. The citrus finds its way to various destinations within Europe. “Right now we’re only exporting to Europe, but exporting to far-off destinations would be a good adventure.”

A lot is happening within the citrus sector. “Some growers are stopping their production,” Stelios knows. “The Navel trees are too old.” In tangerines, the production also mostly consists of older varieties such as Nova and Ortanic. More towards the south of Peloponnesos, in the Skala region, Valencias are grown. This is a growing market, thanks to the increasing popularity of freshly squeezed juices. “When we can’t buy enough oranges, we’ll go to other regions, but I expect we’ll be able to fill the season until April or May.” The export of leafy tangerines is out of reach for the exporters. “In the past we did large volumes of these, but we can no longer export the leafy tangerines due to phytosanitary reasons,” Stelios explains. That measure is in effect for the entire citrus sector in Greece.