The Massachusetts cranberry harvest finished later than usual this year. Growers say a few factors were involved related to the warm summer and fall period, as well as wet and cold weather during the harvest. Patrick Rhodes of Edgewood Bogs explained that the warm end of summer and early fall led to a slower ripening and coloring of the berries, delaying the harvest.

"The delayed ripening and coloring of the cranberries pushed us back about two weeks this year," he said. "After starting late, once we did harvest, there were always a few days a week that were rainy and cold, further delaying the harvest. This was especially so for the 'dry harvest' which is what we do for cranberries destined for the fresh market. It is a superior method that requires dry conditions."

Rhodes added that these conditions are not unusual, nor were they the only ones to have issues this year. "Overall, we had fewer days to work with. It's not something we are unfamiliar with but it still is a challenge to harvest in a condensed time-frame. Our team did a great job and we did well to make sure customers' orders were filled. We understand that many growers in the industry had the same issues, including most of Massachusetts. It's believed that volume out of Wisconsin was down with a smaller than usual crop." 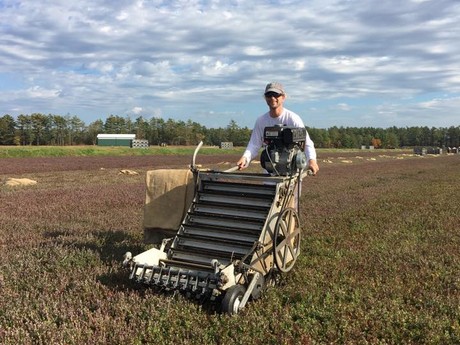 A worker dry harvesting, which is done before the field is flooded.

Government regulations result in pressure on fresh market
The USDA places a seasonal volume limit on cranberry growers, which is designed to regulate the market and ensure decent returns to growers. However, Rhodes believes this has skewed the market, with a shortage of premium grade berries compared to the demand. He evidenced this by the amount of cranberries that are now ending up in the processors.

"The purpose of the government regulations is to keep prices elevated, but in reality we have been struggling to meet demand, especially on Grade A fresh cranberries," he said. "You will notice that all the surplus is in concentrate, sweetened and dried, as well as purees. However, in the fresh and frozen category, there is no surplus. In fact, we have seen a flood of concentrate enter the market."

European holidays the next wave of demand
Thanksgiving is keeping cranberry growers busy during the month of November, but they are also preparing for the next occasion that ignites demand - the European holiday season. Suppliers say cranberries are an important addition to traditional Christmas meals in Europe, and the United States is a significant supplier of cranberries. 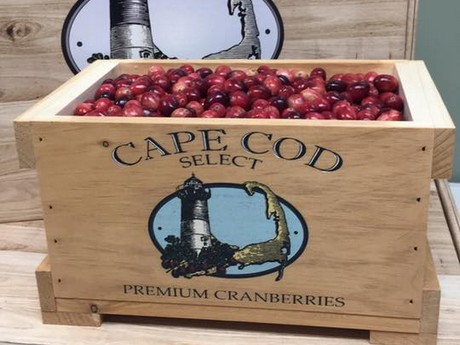 "Every year we see high volume for Thanksgiving," Rhodes noted. "We also export our cranberries and the UK is a major customer. Much of the demand from the UK comes in the lead up to Christmas and the rush begins immediately after Thanksgiving because shipments take about three weeks in total to arrive in stores there."

"More consumers are using frozen cranberries and subsequently most retail stores carry them," Rhodes said. "They are utilized well at this time of year and are also available year round. Consumers also buy frozen berries in order to avoid food waste. The increasing availability of frozen cranberries is probably the biggest change the industry has seen over the last 5 - 10 years."