The first plane-load of "King Cherry" Chilean cherries, a brand owned by Shenzhen Kingship Co., Ltd. (hereafter 'Kingship'), smoothly passed Chilean GAP inspection and took off from Santiago on November 18th, 2018. The plane is expected to arrive at Pudong Airport in Shanghai on November 20th. This will be the first time that Chinese consumers encounter "King Cherry" Chilean cherries. 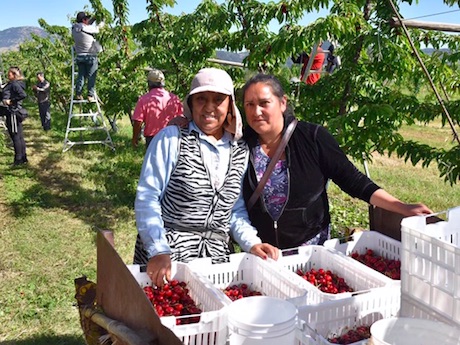 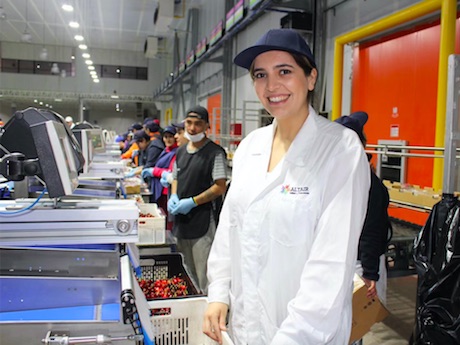 Jack from Kingship explained that Kingship harvested around 80-100 shipping containers full of Chilean cherries this production season. The total weight is 2 million kg. The shipping containers are destined for Hong Kong, Guangzhou, and Shenzhen. Kingship aims at high-end markets, such as ParknShop in Hong Kong. 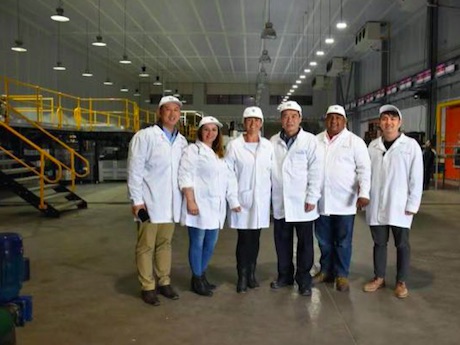 The Kingship team visits the factory 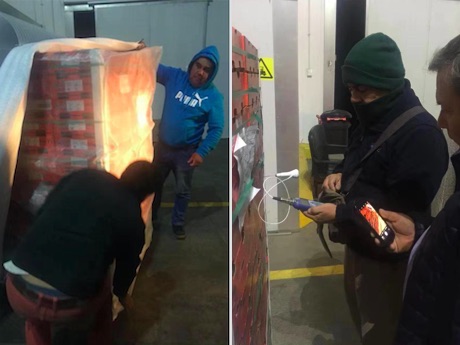 Left: workers move the cherries to refrigerated storage facilities at the airport

Right: workers monitor the temperature of the cherries 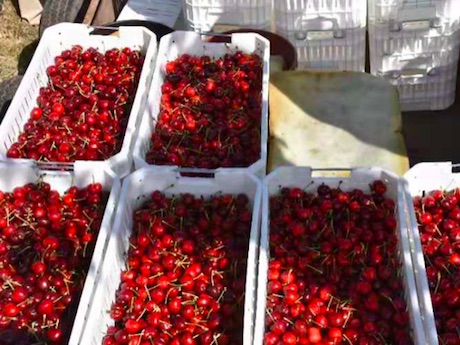 The overall production volume of Chilean cherries greatly decreased this year as a result of frequent extreme weather conditions. November 12th in particular saw heavy hail and rainfall in central and south Chile. This weather had a great impact on the cherry harvest in those areas, and by extension on the export of cherries. Jack from Kinship stated that the price of early and mid-season cherries certainly increased this year as a result of these weather conditions.