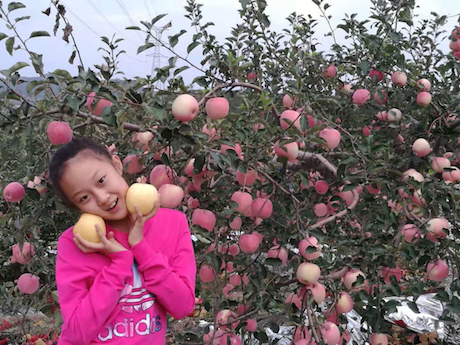 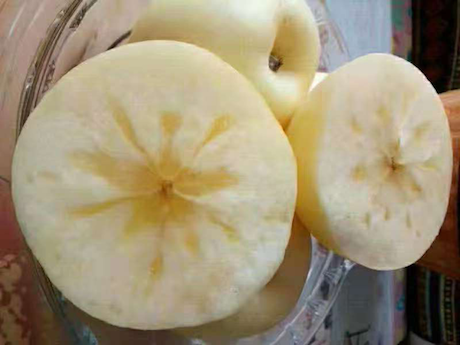 The harvest season begins every year when Frost Descends [October 23rd - November 6th]. The golden Fuji apple stays on the tree one month longer than early-season Fuji apples, which allows it to absorb more nutrients. The sugar content is more than 20°. The flavor of the golden Fuji apple is better than the red Fuji apple. The main production area is in Yantai, Shandong. 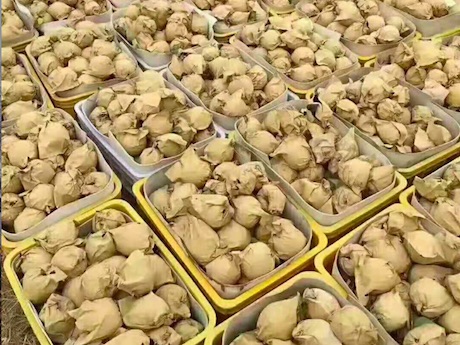 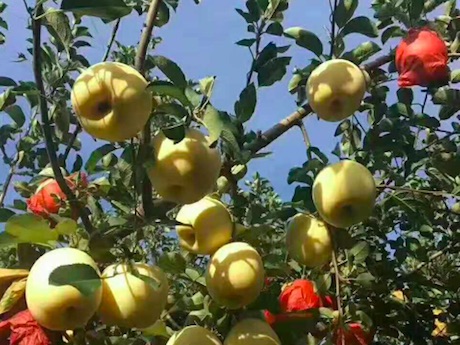 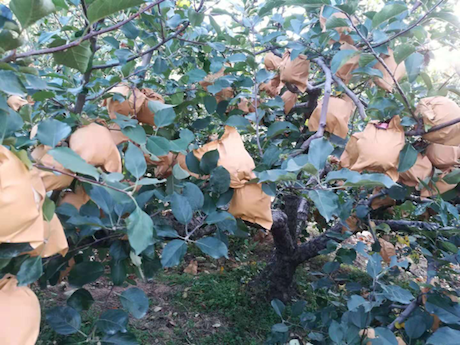 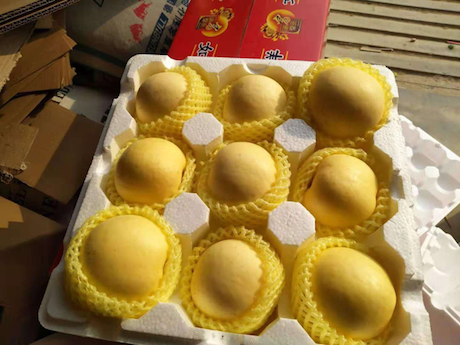 "The market price of golden Fuji apples is slightly higher than in previous years as this apple targets the medium- to high-end markets and the production volume decreased in comparison with last year. The price increased by 1 yuan [0.14 USD] per kg. We currently sell our golden Fuji apples throughout the country in wholesale markets and on e-commerce platforms."