“Organic shouldn’t be inferior to conventional” 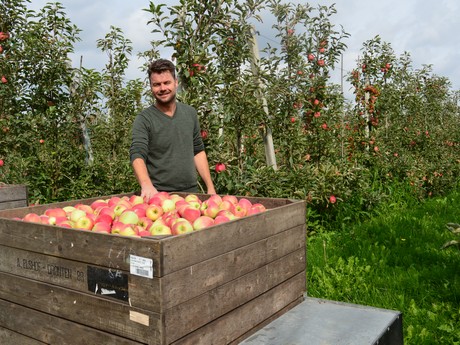 A lot of organic products are still marketed as class 2. Unnecessarily, according to Robert Elshof of Elshof Fruit in Dronten, the Netherlands. He has raised the bar with the growers whose apples he sells: class 1 is attainable according to them. Because of that focus on quality, the market can grow, and organic products get their chance in supermarkets.

“Growing organically in the Netherlands is quite tricky because the climate isn’t always optimal,” he says. Yet he’s positive about this year’s harvest. “We have a good harvest with good quality and flavour. The harvest is larger than last year, but we couldn’t meet demand at all then.” This larger volume will therefore not result in any problems. “We have noticed that the organic production is increasing in a lot of countries,” he mentions. These countries will first consume their own harvests, so that there’s less room for Dutch top fruit particularly in the beginning of the season. “With a good cold store, we could extend the season, so we’re not too worried. Our ambition is to eventually supply organic fruit year-round.” 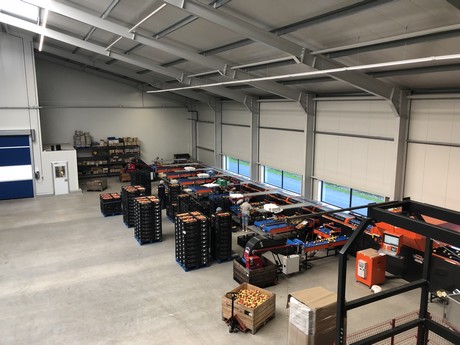 More growers switching
Elshof Fruit invested in a new building to optimise the storage of top fruit. In January of this year, the first pile was placed. The new building was finished even before the first apples of the season were picked. A new sorting room, of 2,000 square metres, improves logistics and efficiency. The loading docks are next to the conditioned hall for loading and unloading. “The sorting hall is large, with two sorting lines,” Robert says. One of these sorting lines is an optical quality sorter. “We can guarantee quality even better, and we can work more efficiently,” he continues. Capacity has tripled. “We’re more flexible and we can offer added value, that’s a benefit for grower and customer.”

Although a lot of companies in the organic sector are focused on organic food shops, Robert is actually looking for opportunities in retail. “That means having plenty of volume and being able to supply high quality, because organic fruit shouldn’t be inferior to conventional,” he says. “You always have to be ready and have volume.” A lot of organic fruit is marketed as class 2. Elshof Fruit raised the bar and focuses on class 1 fruit. The optical quality sorter, the first for an organic top fruit company, guarantees quality. “It’s a major investment regarding the volume we handle, but it eliminates human error and guarantees quality,” Robert says. 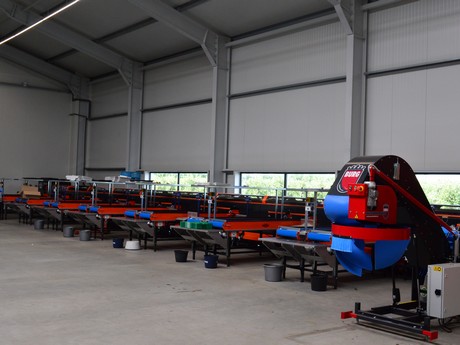 The company supplies the fruit of various growers who have 140 hectares of apples and pears in total. By combining the volume of all of these growers, the volumes are large enough to supply to retail. “It’s actually a puzzle that we complete with a large group of customers. We need a large volume to give all of our customers what they want.” More and more growers are interested in the organic production. “These growers are looking for sales, and therefore join us,” Robert continues. The growers are involved in sales as well. Growers get good prices and customers get a good deal, Robert describes the set-up of the sales. Robert personally went through the transitioning process in 2011, when the company completely switched to organic production. 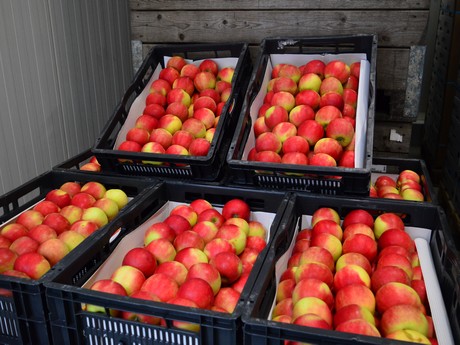 Dutch alternative to import
In Elshof Fruit’s new building, the sustainability of the building was taken into account. For the storage, new ULO cells were built, and 1,300 solar panels have been placed on the roof. The entire building is energy-efficient: residual heat from the cooling is used to heat the building. “For sensible consumers, thousands of transport miles can no longer be explained if you sustainably generate the energy for storage in the Netherlands,” he says. 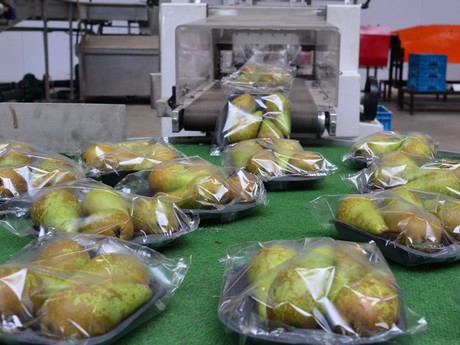 A group of organic growers started working together to also bring attention to the Dutch organic top fruit in the second half of the season. “All growers are an equal owner of the concept,” Robert explains. The label was built around a storage variety similar to Pink Lady. “Something like this wasn’t on the organic market yet. We as growers took the initiative to sell this apple in the second half of the season,” Robert says. Supermarkets often prefer a year-round product, but the growers want to market this apple as an alternative to import fruit.

“The parties in organic are often smaller than in conventional, that’s why we have more cooling cells with a smaller surface,” he says. Because of this, they can quickly switch. Atmospheric humidity also requires more precision for organic products. The fruit is more sensitive to decay when the atmospheric humidity isn’t right, because the fruit enters the cold store untreated. “That has to be kept in mind. In the organic sector, the smaller growers initially focused on the domestic market, but when you focus on larger customers, there should be no distinction between organic and conventional.” 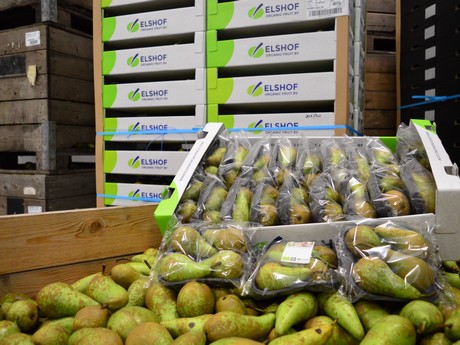 Organic price market?
“The supply chain should be as short as possible to safeguard the return for the growers,” Robert explains. A lot of organic growers are worried the market will develop similarly to that of conventional top fruit in recent years. “A lot of suppliers, few customers, and that the organic market becomes a price market,” Robert sums up the situation. “We’re working on preventing that by growing conceptually.” By working together and making choices in the varieties that are grown, the market should be guided.

“Customers prefer loading from the same supplier throughout the year,” Robert continues. Organic traders have one up on traders who market both organic and conventional. “We never have to tell anyone ‘no,’ because we’re working with organic full time. Because we don’t have conventional product, no accidents regarding contaminations with conventional fruit can happen.” 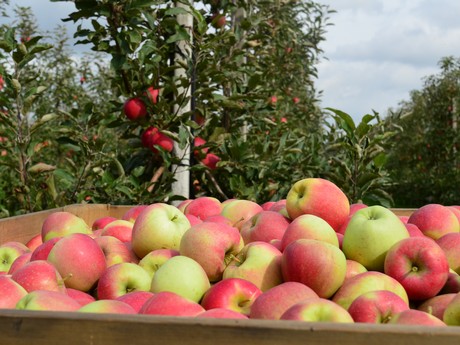 Besides, more and more attention is being paid to the story behind the fruit, and organic has one up on conventional regarding this as well, according to Robert. “It’s becoming ever more important to be transparent about this. In the Netherlands and Belgium, the inspections are so strict we can always be sure the product is good, but I sometimes have my doubts about import fruit.” With food scandals in the past, consumers ask about the origin of a product more and more. “That trend has been around in conventional for longer, but I think consumers have a lot of faith in organic products,” Robert says. “That trust shouldn’t be broken, but you also have to show that this story is actually true. That can only be the case if you are 100 per cent dedicated to organic, although you don’t have to be an idealist for that. For organic products, the added value is also in the emotion and sense of a product. We believe in the growth or organic, and we want to be, and remain, guiding in that.”