Onion producers in the Koue Bokkeveld region of the Western Cape are in a favourable position to respond to the shortage of onions in Europe, after adequate rain this past season. 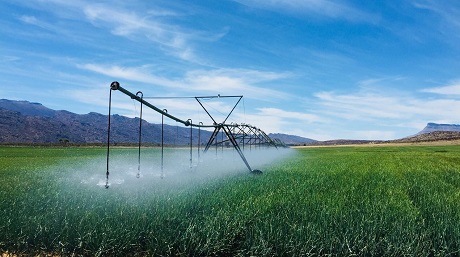 European wholesalers are looking for onions of between 50mm and 100mm, depending on the client, focusing on brown onions. A number of other Koue Bokkeveld onion producers, where the intermediate day brown onion is grown, confirm that they have been approached by European and British traders. Many are currently considering their export options, depending on the price offered and on their eventual volumes, while some are tied down to domestic supermarket programmes.

It is still very early in the season to make commitments on the upcoming harvest. “We’ve had many enquiries from the UK and Europe but it’s still very early for us to decide,” says Pieter du Toit Jr, director of vegetable packing at Dutoit Agri in Ceres. “We planted in August and will be harvesting from mid-January onwards, so we’ll make a decision based on the volumes and quality of our crop, but we’re definitely considering it. Given the current exchange rate, it would make sense.”

“Exporting onions can present a challenge if you haven’t done it before,” notes Charl van der Merwe, marketing manager of Môrester Landgoed, a regular onion exporter. “There’s always the risk of black mould because of condensation in the container if you don’t do it right. Onion exports aren’t easy.”

Near Barkly West, in the Northern Cape, major onion producer Wildeklawer are already sending their first shipment of onions at the end of this month into Africa. “It’s a good opportunity,” says Louis de Kock, managing director of Wildeklawer. “The European market is mainly looking for large onions but also for a variety across sizes, to service various markets. The main export opportunities could arise in January.”

South African onion exports to Angola are also expected to improve this year due to the strengthening oil price.