The Coachella vegetable season is warming up just as the rest of the Californian vegetable growing areas begin their winter production slowdown. This time it's bell peppers that are building volume. Green peppers have already been in production for three weeks, with reds just joining them in the last week. Growing conditions have been described as "perfect" by John Burton of Peter Rabbit Farms.

"Conditions at the moment couldn't be any better, we have sunny days, cool evenings, no wind and no sand," he said. "Fall crop yields are looking very good and we're just waiting on red peppers to mature up a little more, while green peppers will be at peak volume from next week. Overall yields should be close to the average, or just above. We are always cautious though of any freezes that can come, sometimes in November." 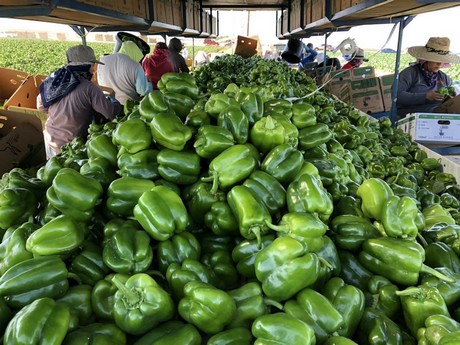 Weather events in Mexico and Florida directing demand to Coachella
Both Florida and Mexico have suffered through hurricanes in recent weeks. Some of these have affected early vegetable production just as the season for those begins, and bell peppers are one of them. With the uneventful and ideal start to their season, Coachella growers are experiencing greater demand for their bell peppers and prices are subsequently stronger.

"With Mexico and Florida experiencing bad weather conditions, this has put us in a strong market," Burton observed. "Prices are very good at the moment due to the high demand, which has been demand exceeds supply since the start of the season. Typically prices are in the mid-teens, but we are seeing prices over $20 for bell peppers lately."

Burton further noted that Coachella usually enjoys a good market for bell peppers, thanks to its ability to fill key production windows. "We enjoy a nice niche in Coachella," he said. "At this time of year - from mid-October through to Christmas - not many areas are in bell pepper production, although demand is strong." 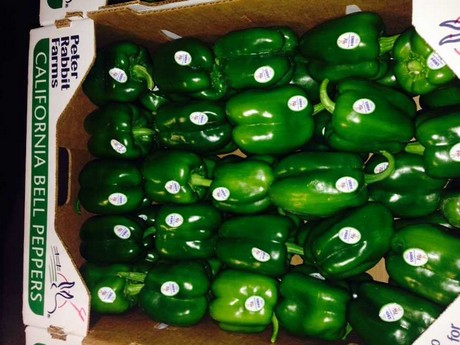 Display ready container popularity increasing
In general, the packaging options for field-grown bell peppers haven't changed much in recent times, with retailers happy with what is on offer. However, there has been an increased interest from retailers asking for display ready containers, according to Burton.

"The display ready container is a convenient option for retailers because they can set the whole box out on display without needing to unpack," he shared. "It's an open-style container with high visibility graphics on the sides. This is where we have seen the biggest increase from retailers each year, especially for green bell peppers."