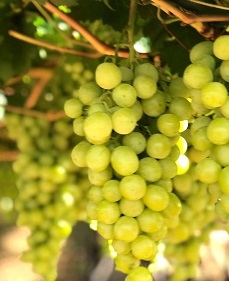 The white grape season has started in the northern regions of South Africa amid sweltering temperatures last week. Early Sweet (pictured right) opens the season at Schoonbee Landgoed, in Limpopo Province, with the following weeks seeing a quick succession of Prime and Flame, then Starlight and Midnight Beauty.

Rain and cooler temperatures at the moment will be a boon for the colour development for which the area is known. Schoonbee Landgoed, a grower-exporter, has already prepared for the possibility of rain during harvest, the nemesis of grape growers in summer rainfall areas: hundreds of square meters of their vineyards under net are covered by white plastic to keep moisture off the bunches. Spreading these sheets and tying them down, sometimes in the winds of up to 60km/h that accompany the sudden thunderstorms of the central Highveld is no mean feat, so the vineyards next in line to be harvested have already been covered and will remain so, until after harvest. 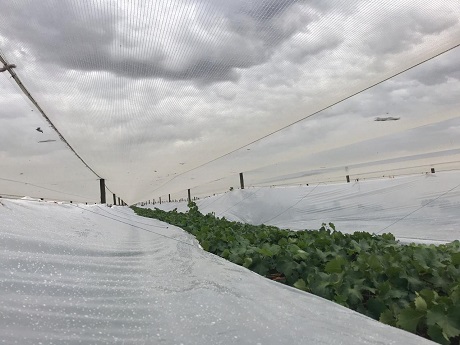 Packing for export starts this week, with their volumes to arrive at the end of week 47 or beginning of week 48 in Europe and the UK. The Far East will for the moment take precedence over Canada with the high volumes of Californian grapes this season.

Peru's sugar development slow, lots of rain in Brazil
“The international grape market is interesting at the moment and I expect a lot of opportunities,” remarks Gert Upton, marketing manager at Schoonbee Landgoed, who has just returned from a visit to Europe. “From conversations I’ve had with a lot of people in the grape sector, it looks like the window on white grapes could be a short one. In the Northern Hemisphere local white grapes as well as those from exporting countries are finishing up. The expectation is that white grapes will do very well for a period, until such a time when South Africa and Peru and Brazil are packing. However, sugar development in Peru is a bit slow and consequently picking has slowed down, while Brazil has had a lot of rain."

"There’ll be a lot of pressure on red grapes in Europe which are available for longer and in larger quantities.” 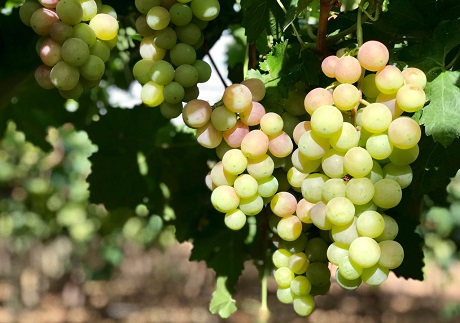 Starlight coming along nicely for a week 46 start

US inability to send usual volumes to China forces Peru to redirect its volumes
“The big thing that’s going to happen on the market this season is that the USA cannot send their usual volumes to China," he says. (According to the California Farm Bureau Federation, shipments to China are down by around 40% since the increased tariffs).

"The US will  keep a lot of product at home and for Canada, send volumes to the open markets and try for the UK and EU retail sector. Peru’s early grapes that would normally have gone to the US, can’t go there, with the consequence that Peru’s going to be much stronger in Europe and South East Asia and China this season.”

“We’re not negative about it,” he continues, “South Africa has built up good relationships with the UK and EU retail sector, we’ve been sending there year in, year out, and our quality has helped a lot over the last few years. Exporters who don’t have this longstanding relationship with the retail sector will have to look towards open markets which will come under a lot of pressure and where an oversupply quickly buckles the price.”

In the Far East and China, the quality of South African grapes as well as its steady supply of the newer and seedless varieties will confer an advantage. 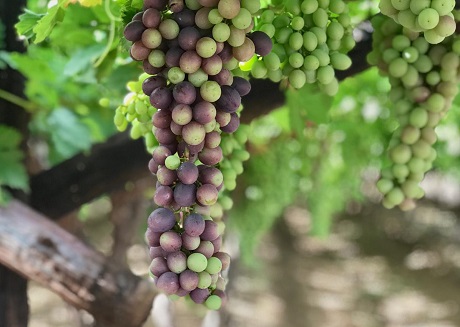 Recent cool weather has been a boon to the colour development of Sunworld's Midnight Beauty, due for harvesting in three weeks' time

Only Sweet Sapphire grower in northern grape production region
Schoonbee Landgoed only has two seeded varieties left in their portfolio, Red Globe for the local and African market, and Dan Ben Hannah for Mediterranean countries.

They are the only growers in the north of the country (excluding the Orange River) of Sweet Sapphire. The first harvest will be evaluated in conjunction with IFG. They have a block of a little under one hectare of Cotton Candy mostly for local retail. Its high sugars have led to some browning last season under misty conditions after rain, when sugars moved into the skin, but they're looking forward to a successful season this year.

They are lengthening their white harvest with Sweet Globe (expected harvesting in weeks 51 and 52) and Autumn Crisp (Sugra35) that will be picked as late as weeks 2 and 3.

“It’s a high risk, high gain industry," he notes. "The most important aspect is quality because it’s such a sensitive commodity, more than citrus which we produce during the other half of the year. It’s going to be an interesting season.” 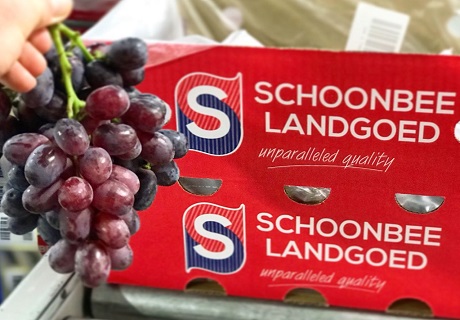