During the presentation of Interpoma 2018, it was discussed how organic apples are increasingly popular in both the fresh and the processing industries. More and more hectares are being converted, especially in Alto Adige, but the right varieties are needed. 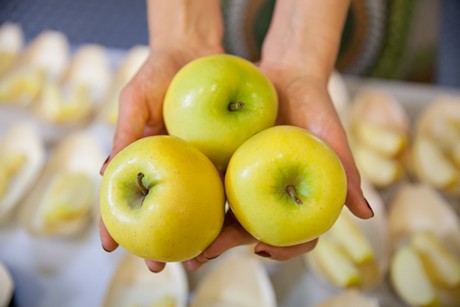 "At Interpoma, we will also focus on the organic sector. The title of the morning session at "La Mela nel Mondo" (the international congress organised every two years at Interpoma, the only international event dedicated exclusively to apples to be held at Fiera Bolzano on 15-17 November 2018) on November 16th is "Sustainable apple cultivation for organic and integrated productions". The congress will also discuss modern apple cultivation and its agronomic and technological perspectives," explained Fiera Bolzano director Thomas Mur. 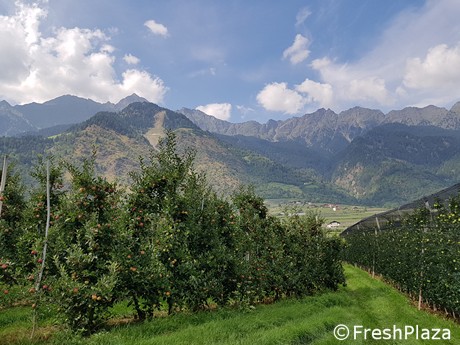 The morning of the second day will focus on mainly on organic and integrated production. Fritz Prem from Europäisches Bioobst Forum (European forum on organic fruit) will discuss organic apple cultivation and its future perspectives.

Italy is the leading organic apple producer in Europe (with the highest conversion ratios in Alto Adige) followed by Germany and Austria.

Fritz Prem explained that "robust and vigorous varieties are needed for organic production. In addition, apples are a long-term investment as it takes a few years for production to be converted. The most suitable varieties include Topaz, Bonita, Natyra, Gala and Pinova."

An important challenge will be soil management: the combination of tillage, grassing, heating, ventilation, mineralization and evaporation will have an increasingly fundamental role.

Europe and North America are the main markets for organic apples. In other parts of the world, sustainability, the safeguarding or resources and ecologic responsibility are still not as strong. Germany and France absorb the largest quantities of organic apples. However, the organic market is also growing in Scandinavia, Austria, Italy, Great Britain and Spain."

"Organic production is growing in the countries with a higher purchasing power. Just think that the organic segment represents over 10% of the total purchase volume in Austria and 5-7% in the leading markets. Demand is contributing to increasing the conversion rate of orchards."