Italy: Kiwis from New Zealand more expensive than the domestic ones

China, Italy, New Zealand, Chile and Greece are currently the leading kiwi producers in the world, supplying 87% of the global production. In New Zealand, kiwis are the most exported product after wine. In the past few years, New Zealand exported over 360 thousand tons a year. Despite the fact that China is the leading producer worldwide, its efficiency on the market is not optimal.
In China, most of the kiwis produced are consumed at a domestic level. Nonetheless, commercialising fruits imported from New Zealand and Chile is still more profitable, as their price is higher than that of domestic fruit.

The Hayward and Qinmei cultivars are the most cultivated worldwide - around 90% of kiwis in the world are of the green Hayward variety. Even though there are over 70 species of kiwis, only two are important at a commercial level - A. deliciosa and A. chinensis.

Over the past few years, numerous species have been developed in New Zealand, Korea, Greece, etc. The golden Hort 16A variety (A. chinensis) developed in New Zealand became popular all over the world, but China also developed popular cultivars.
There are many reasons behind why consumers choose a particular type of kiwi such as retail price, appearance, flavour and nutritional qualities. The colour of the flesh only occupies a low position in this list.

Chinese researchers have conducted a survey on the nutritional quality and antioxidant properties of 9 kiwi cultivars in relation to their retail price. The two most popular in New Zealand and China - Hayward and Hort16A - were analysed together with another 7 recently developed Chines cultivars already widely cultivated in the Shaanxi region. 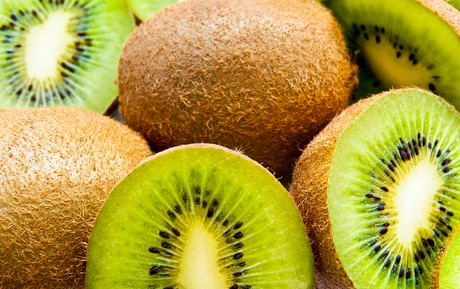 As regards the nutritional quality of the Hayward and Hort 16A varieties from New Zealand and China, there was no relation with the production area therefore, the difference in price may be due to the lack of trust of Chinese consumers and players.

The most expensive kiwi is not the most nutritional one. At the same time, flesh colour is associated to a higher value, though it does not mean a higher nutritional quality. "This means imported kiwis are not always superior to the Chinese ones, so their higher price is not always justified."