"Fruit & vegetables, regardless of their origin, have become significantly more expensive"

The current energy crisis is hitting the fruit and vegetable sectors hard, especially protected greenhouse cultivation. "Cucumbers and tomatoes as well as peppers, regardless of origin, have become considerably more expensive. Greenhouse lettuces, on the other hand, are trading at seasonal prices. Meanwhile, domestic greenhouses are struggling with increased production costs, even though the vegetable island of Reichenau relies less on artificial lighting compared to its Dutch and Belgian counterparts," says Bernd Jäger, managing director of the Schlier-based company of the same name.

The regionally active fruit wholesaler buys Reichenau produce on the open market and supplies it to restaurateurs, food retail markets and weekly market traders, among others.

On the nearby Gemüseinsel, known for its large-scale greenhouse vegetable production, the usual seasonal upheaval is about to start. "The first cucumbers have already been cleared, while the winter crops, first and foremost lamb's lettuce, are now taking hold," says Jäger.

The first regional field-grown lamb's lettuce is expected to hit the market in week 40. "The importance of protected lamb's lettuce cultivation remains high, but due to the occurrence of yellow wilt, crop volumes have dropped by half over the past decade. Meanwhile, the market share of open ground cultivation has increased, certainly in the Freiburg area." 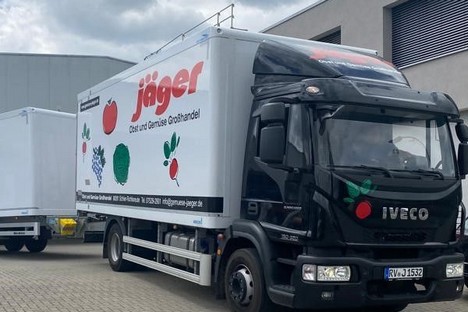 Inflation and purchasing restraint characterize the situation
Considerable price increases are also currently emerging in the potato and onion sectors, Jäger continues. "In the case of onions, according to current information, there will clearly be fewer volumes this year in both Germany and Spain. As a result, prices have already gone up quite a bit. The same is true for potatoes, where both the volumes and the most popular calibers are lacking. Normally, at this time of year, the market is particularly lively, with prices tending to fall. At the moment, however, prices have remained at unseasonably high levels for weeks."

According to Jäger, the ongoing inflation has made consumers more reluctant to buy, which has affected the entire range. "Turnover volumes at weekly markets as well as in regional gastronomy are relatively modest. There is also noticeably less shelf space for organic and premium in food retailing, as consumers are more price-conscious in their purchases. In pandemic times, people spent a relatively large amount of money on premium foods; unfortunately, that has now completely turned around," says Jäger.