Chris Poelen (Groentenhof Poelen): "Pumpkin cultivation is not difficult, but it is a lot of work"

At Groentenhof Poelen in Groesbeek, the Dutch pumpkin season has started again. According to owner Chris Poelen, the demand is beyond expectation. "The past few weeks we have been getting calls asking if we can deliver them. To be honest, I'm quite surprised, especially considering it's so hot at the moment." 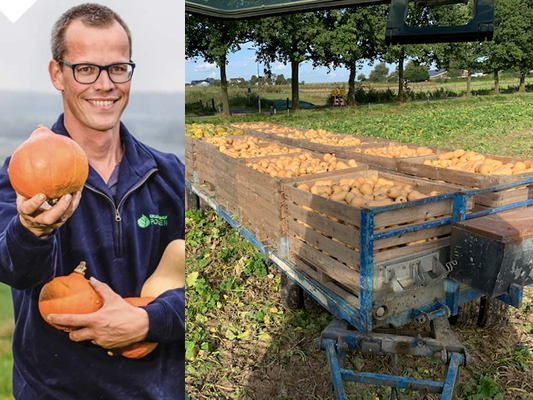 "We are expecting an average harvest this year. The size is a lot finer than last year, when the pumpkins grew explosively. A surplus on the market then made for a disappointing year. According to CBS figures, the acreage this year has also decreased somewhat," says the grower who has a good 40 hectares of pumpkins.

Poelen has specialised in pumpkin cultivation for over twenty years and now has about fifteen edible pumpkin varieties. He also still sells pumpkins for decoration. "The consumer is becoming more and more familiar with pumpkins. It used to be mainly the Hokkaido pumpkin, but nowadays there is more and more demand for other types, such as the Kabocha pumpkin, the Butternut and the Muscatel pumpkin." 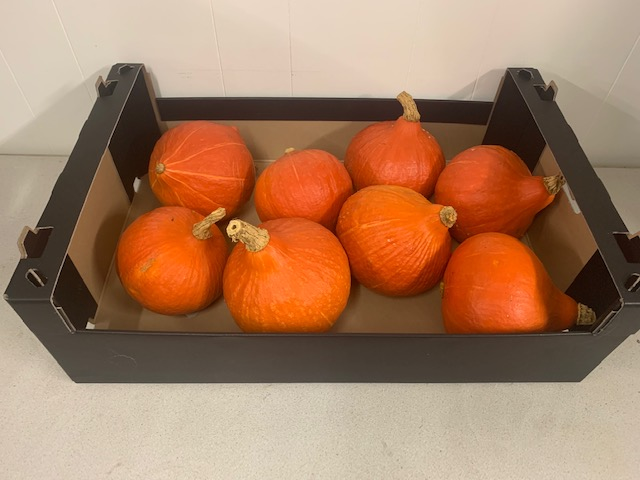 Poelen handles the marketing entirely under his own management. "Anyone who wants my pumpkins can buy them," laughs Chris. "We supply supermarkets, wholesalers and exporters, but also sell in our own pumpkin shop. We also have German customers, but we don't really consider that as export, because we are so close to the German border."

The harvesting season is now starting, processing and sales at Groentenhof Poelen traditionally last until January. Chris describes pumpkin cultivation as not difficult, but it is a lot of work. For this reason, he invests heavily in the mechanisation of harvesting and weed control. The demand for pre-cut pumpkins is also increasing. For Poelen it is not yet a reason to start carving pumpkins himself. "That is a different branch completely after all and we want to move towards fewer hands, but never say never." 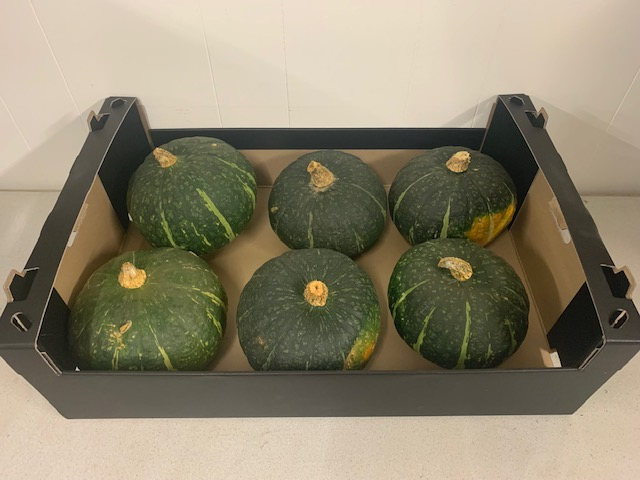