Photo report: A look at the new premises of Upmann Verpackungstechnik Ltd

"Thanks to our laser cutting equipment, we are able to produce machine parts within a few hours"

This year, Upmann Verpackungstechnik Ltd celebrates its 225th anniversary. Furthermore, the specialist in weighing and packaging put its new premises at the main site in Rheine-Mesum into operation in summer 2021. Plant manager Henrik Klostermann gave us a tour of the modern facility and talked about today's standards and requirements in mechanical engineering. 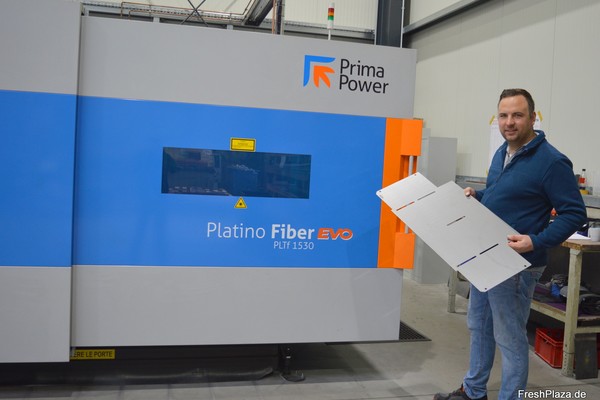 Henrik Klostermann in front of the new laser cutting system, which was commissioned in June 2021. 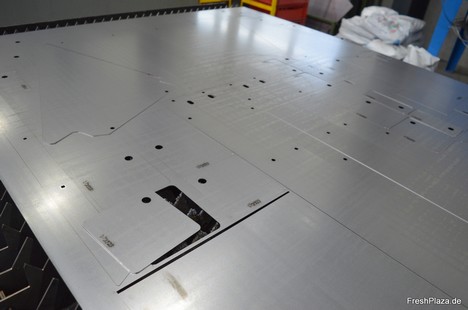 Within a very short time and down to the smallest detail, machine parts can be made from stainless steel thanks to the innovative laser cutting process.

The Rheine-based mechanical engineering company also continues to face considerably longer delivery times, for example for spare parts and electrical components, but says the order situation is currently quite pleasing. Meanwhile, the current cost increases in potato and vegetable production appear to be having a restraining effect on the propensity to invest. From a longer-term perspective, however, automation in the industry will continue to be driven forward, which in turn will be accompanied by increased demands on the supplier, the company reports. 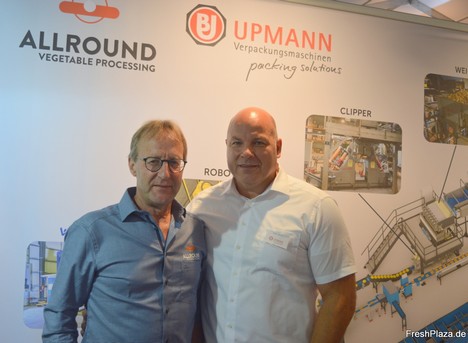 In order to be able to meet these high demands in the future, a completely new hall was built last year at the existing site in Rheine-Mesum. The new premises were equipped with a so-called laser cutting system, a state-of-the-art process for manufacturing machine parts from stainless steel. "This facility enables us not only to ensure a high level of quality, but also to respond quickly and flexibly to requests and can provide spare parts. Thanks to this process, we are able to remanufacture machine parts within a few hours, which was previously only possible with significantly longer lead times," says  Klostermann, pointing to the competitive advantage this gives the company. 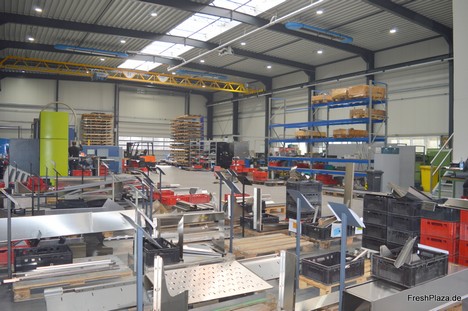 View of the new hall, with the laser cutting system at the rear left.

As a modern machine builder and industry supplier, Upmann has also taken up the cause of sustainability. This basic requirement is also taken into account with the new type of laser process, says Klostermann. "Compared to conventional punching or plasma cutting, the laser cutting system achieves maximum efficiency. In the field of laser cutting, there are basically two processes. The CO₂ laser cutting technique is quite energy-intensive and also goes hand in hand with high CO₂ emissions, which is why we opted for fiber laser cutting. The use of glass fibers means almost no CO₂ emissions, which in turn means we can work in a much more environmentally friendly way in everyday practice." 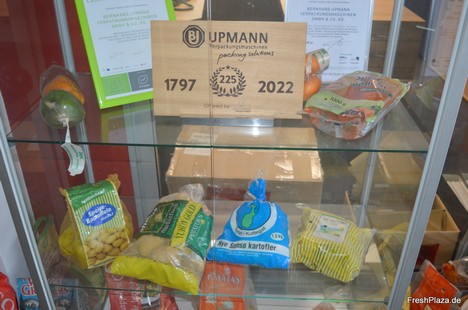 Part of the Upmann Verpackungstechnik portfolio

Environmentally friendly packaging in the foreground
In terms of demand, the topic of sustainability is also at the forefront. Especially in Germany and other (Western) European countries, there is a tendency to switch more to paper. "The Upmatic 4405 is enjoying high demand in this respect, as the paper bags can be sewn directly with this process," Klostermann describes. Nevertheless, he adds, the machine equipment is also highly product-dependent. "In the potato sector, paper is already used to a large extent, but with carrots this is much more difficult due to the moisture content of the product. Accordingly, relatively more foil bags and trays are still used here."

Visit the company at Interpom in Kortrijk: booth 698