"We began exporting to the Middle East this spring"

For our report about Moldova, we are keeping to the north of the country for a while longer. This time so far north as to be near the Ukraine border. Besides its location, the company we visited there, Smarta AS, has two other things in common with Vilora and SV Fruct, the growers we have already covered: its focus on apple growing - unsurprising, though, knowing that apples account for three-quarters of Moldova's fruit cultivation - and the fact that it is a family-owned company. It was founded around the turn of the century with old, Soviet-era orchards. 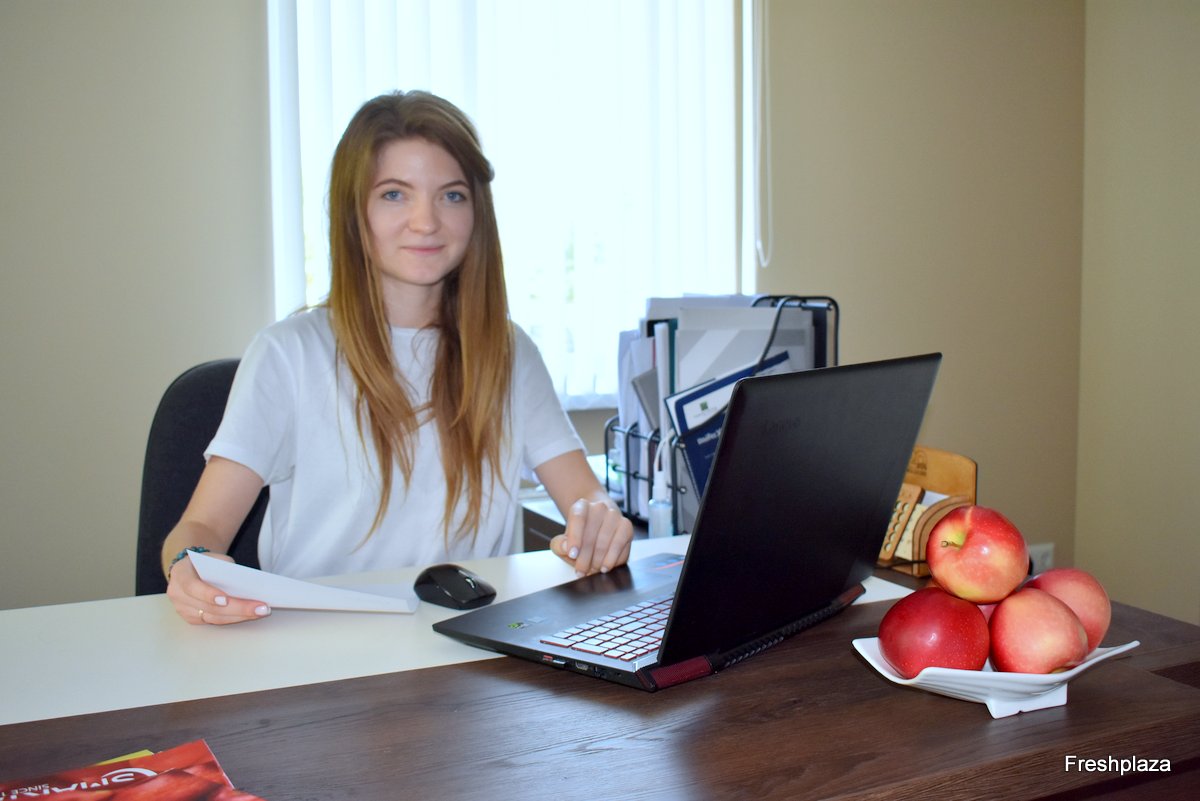 Valeria is responsible for the export

Anatolii Caduc, first company president, started Smarta AS in 1999. "When his son and daughter joined the company's management, it began to modernize," says Valeria Caduc, marketing manager and Anatolii's son, the current owner's wife. "They gradually replaced the old apple varieties, such as Idared, with new ones. They also covered the trees, set up super-intensive cultivation with irrigation systems, installed cold rooms, and began trying to obtain certifications like GlobalGAP. I, too, immediately found my place in the company - in marketing and accounting - and still remember our first trade fair participation and a working holiday to the Netherlands. In short, we've transformed an old orchard into a professional company."

A wide range of varieties
Numerous apple varieties are grown on an area of 60 hectares, including Gala Must, Gala Royal, Golden Delicious, Super Chief, Florina, Jonagold, Idared, Champion, and Fuji. Smarta AS also

cultivates Stanley plums. Harvesting is done manually, and they store the apples in 2,500-ton-cold stores. They sort by weight, size, color, and quality in-house too.

"Our cold stores have dynamically controlled conditions, so our apples retain their fresh flavor and crunchy texture until May. We're favorably located in an area with a temperate continental climate and fertile soils. That's what gives Moldovan apples their excellent taste, high Brix value, and beautiful color. Our company precisely controls product quality by managing every step of the production process, from growing the trees to packaging the apples," explains Valeria. 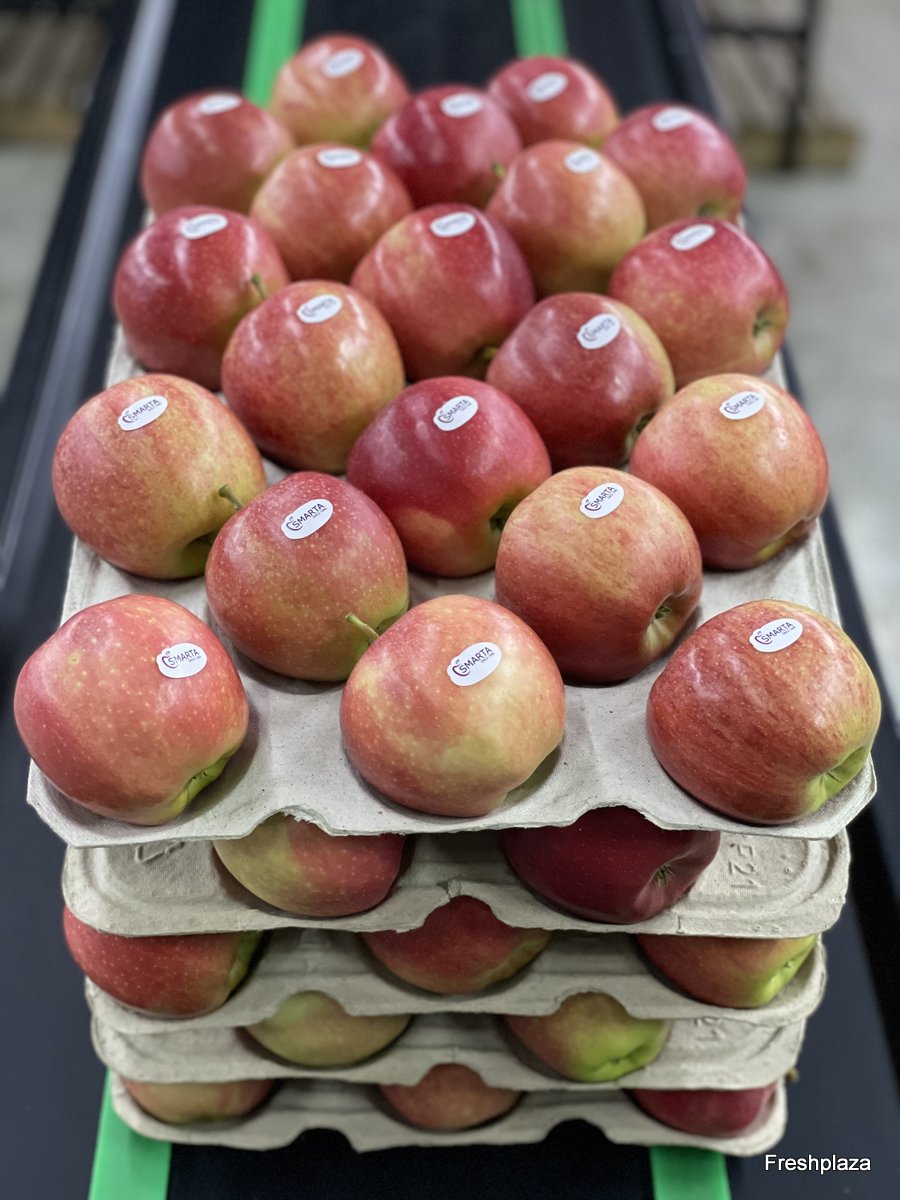 Recently took control of exports too
Until the start of 2022, Smarta AS was selling to traders who would personally collect their apples from the company's cold stores. Most ended up in the Russian, Belarusian, and Romanian markets, says Valeria. But when it became difficult to reach the Russian market in the spring, for known reasons, the company had no choice but to respond and decided to begin exporting to other markets itself.

"In April, we went to Fruit Logistica and made contact with traders and importers. When we returned, we made work of that and started exporting to Dubai, Saudi Arabia, and Malaysia. It's trickier than having traders buy and collect the product from you, though; we also don't yet know whether it's genuinely more profitable. After all, plenty of costs are involved, such as packaging and logistics. So we have to invest a lot before we finally see the money for our deliveries. But, so far, we've been getting paid with no issues."

The harvest is in full swing

Opportunities in the Middle East
The company had wanted to ship a load to the Middle East in late August but could not get the proper packaging on time. It also did not, at that time, have the funds to advance the logistics operation. The deal was called off, which, according to Valeria, means a loss of momentum. "They're offering a far lower price now. It's unfortunate, but it is what it is."

"Still, I think when reefer rates fall and, provided we're well prepared regarding packaging, we can certainly do business in the Middle East." Exports to Dubai are done via the Romanian port of Constanza and take a month: a week for the journey from packing station to ship and then 24 days at sea. Since Odessa was (and is) not an option, Ukrainian apples also smoothly found their way to markets via the Romanian port in the spring. "That was a busy time in Constanza," says the marketing manager. 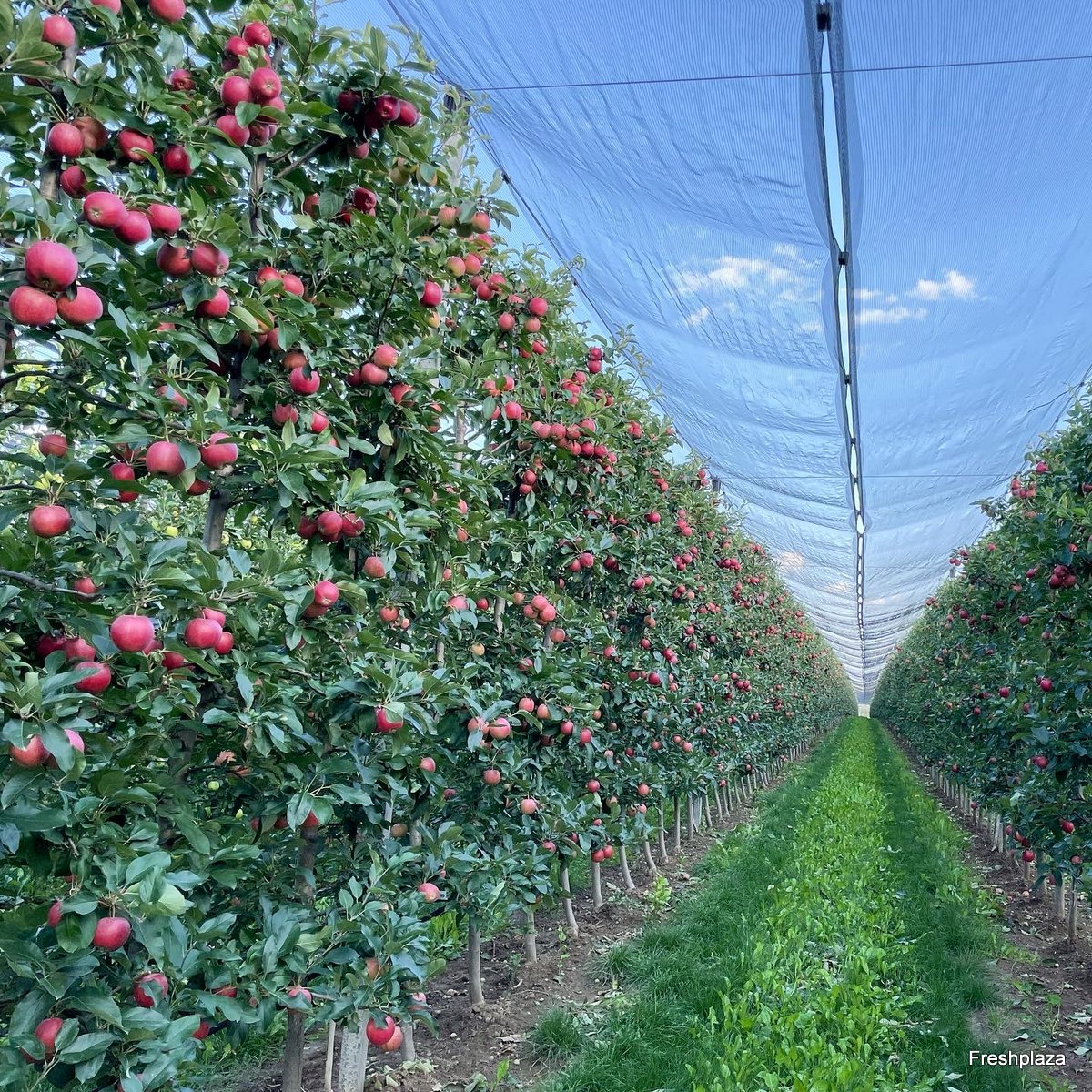 With too-low apple prices on the international market, Valeria hopes exports will improve in February, as they did last year. "Then market conditions will undoubtedly be better because Europe will have already sold a good part of its stock. Nevertheless, competition will still be strong, even then, from our Moldovan colleagues, too. Everyone has to find alternatives now that the Russian market is closed."

"Not to mention that Indian apples are cheaper in the Middle East. When I was at a trade show in Dubai in 2018, I noticed they especially want striped blushed apples like Royal Gala. Red apples also do well there, and among the green ones, they prefer Granny Smith. Last spring, we even sent a batch of Florina there. This variety isn't, at all, commonly sold in stores there, but it's very popular. So there are undoubtedly opportunities for us in that region." 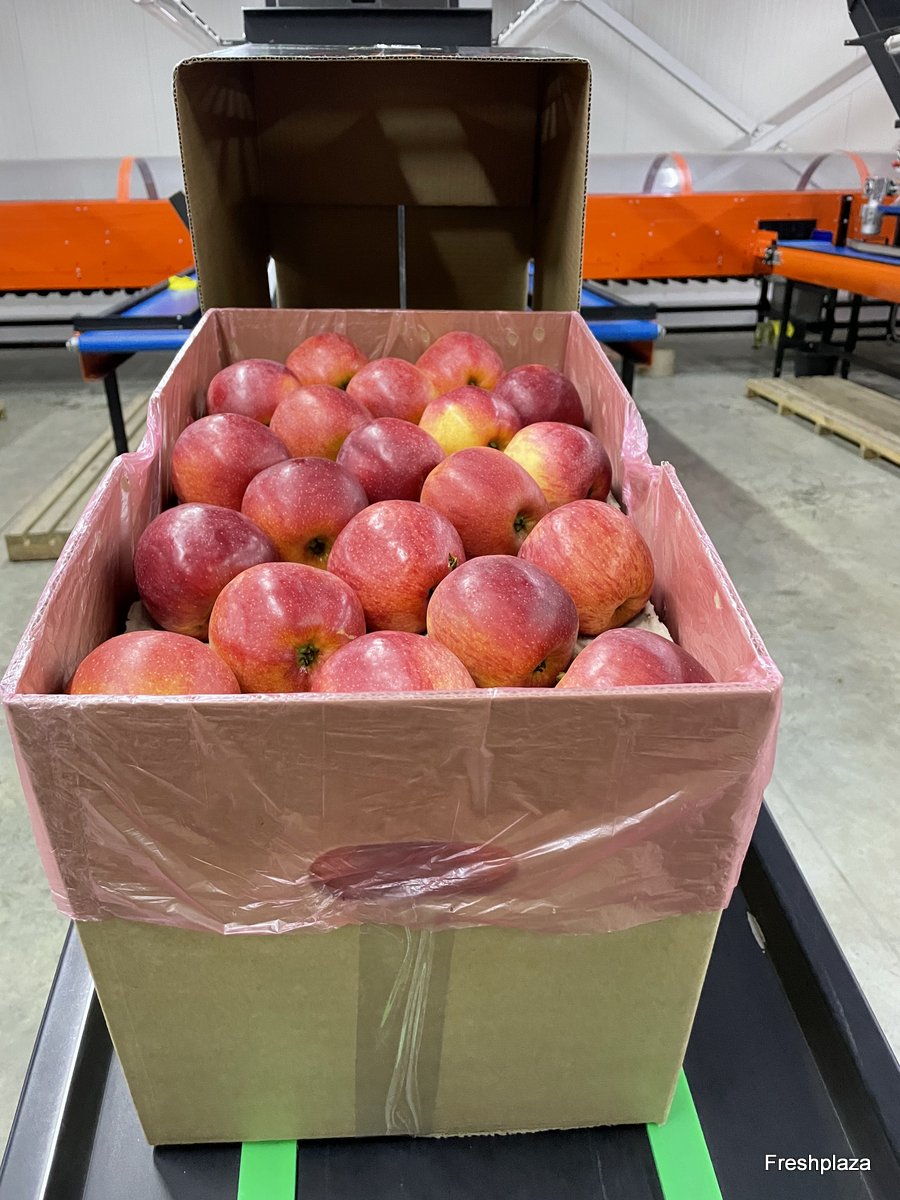 Turning the tide
For now, there are no club varieties in Smarta AS's orchards. "Their royalties make them too expensive for us," explains Valeria. "And it seems the licensees prefer not to enter the Moldovan market," adds Andrei, the company's owner and Valeria's husband. "They aren't very confident that their material won't be propagated and planted in illegal orchards here, for which they will receive no royalties. They're concerned their rights won't be properly respected here. That's, obviously, a pity and not entirely realistic."

Piet Schotel, from the Center for the Promotion of Imports from Developing Countries (CBI) in the Netherlands, was present at the interview. He briefly picks up on this point: "Moldova unjustifiably doesn't always have the best reputation in other areas, such as product quality, either. And that, of course, affects the sales of their products on the international market. That's why Moldova Fruct, the country's umbrella fruit sector association, is putting so much effort into promoting Moldovan fruit at fairs and through other channels, emphasizing its good flavor. They want to turn the tide."

"And this article should conclude with those two points," adds Valeria, "namely that Moldovan apples taste distinctive, and our growers and traders are very reliable partners." And thus, with this, we grant her wish.