Despite the bad weather pushing back the Honey Gold mango season in the top end, volumes are expected to be plentiful until the end of January.

Piñata Farms Managing Director Gavin Scurr says Honey Gold mangoes are in the stores now after a later start, especially after Darwin came online a few weeks after it was initially expected.

"We have now completed the Darwin harvest on Monday of this week, which went reasonably well despite the weather; we had a lot of storms in the top end for the past couple of months," he said. "That held us up a bit during the harvest, and we were also going at Katherine at the same time, doing both sites at once for a while. We are halfway through the Katherine harvest before we move to Mataranka." 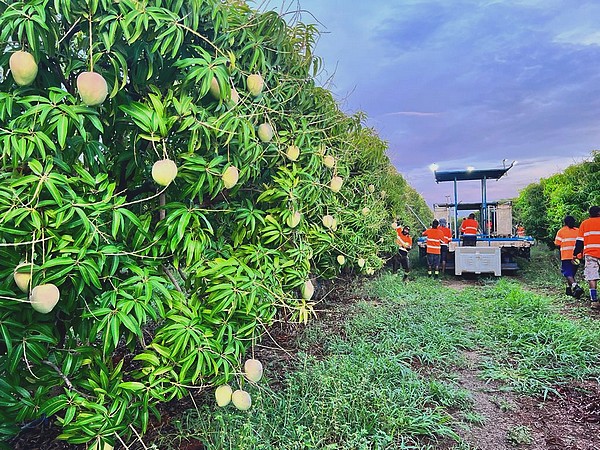 Mr Scurr added that volumes are up for this time of year on the previous few seasons, reflecting a trend across the mango industry, which he says have not been particularly big seasons.

"Our volume out of the Northern Territory is certainly up on last year, with Darwin is well up on last year," he said. "Katherine is up a bit, and Mataranka is looking fairly similar to last year. The quality is very good also, especially with a good eating fruit like Honey Gold. Consumers can look forward to plenty of mangoes leading into Christmas. The industry has a bit of a condensing of crops happening where the Territory has a lot of fruit still coming out, Katherine particularly - and Bowen, Burdekin and Mareeba have already started, so there won't be a shortage of mangoes for consumers. In January, I suspect things will start shortening up across most varieties because the bulk of the crop would have been harvested. From a Honey Gold perspective, we have a good crop out of Mareeba particularly, followed by the Rockhampton-Bundaberg areas. So, there will be plenty of Honey Golds at a time when others are starting to shorten up." 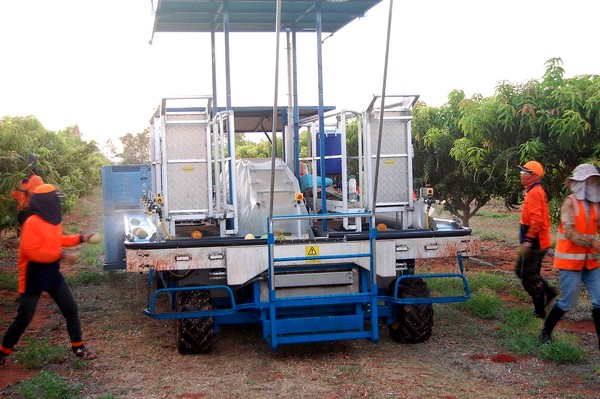 Piñata Farms has continued their picking schedule of harvesting at night in the Northern Territory, thanks to a specialised machine that provides lighting for the workers.

"We have built an additional one this season, but the concept is the same that we have had for a few years now all set up with lights," Mr Scurr said. "It is much cooler at night for our people, but more importantly the fruit. There is more sap in the fruit so it gives it more shelf life and less harvest damage. We did a fair bit of research a few years back and found night harvesting to be superior, so we now harvest at night all the time in the territory."