"In terms of both cultivation and consumption, we see further growth potential for blueberries"

At peak times, such as during the current German blueberry season, up to 120-130 tons a day are processed, sorted, packed and delivered on time to domestic and foreign food retailers at Nordgemüse Krogmann's service center in Buchholz/Aller, which opened in 2018. On the occasion of the 100th anniversary of the traditional company, we spoke with current managing director Christiaan Koellreuter about the origins of the company, strategic partnerships and the future of blueberries. 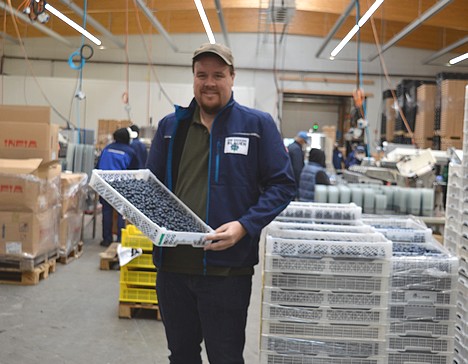 Christiaan Koellreuter shows regionally cultivated fresh blueberries. A native of Switzerland, he has been managing director of Nordgemüse for two years now.

At the modern site with a production area of around 3,000 m2, everything revolves around the popular blueberry 365 days a year. Either by hand or by machine, the goods are sorted and appropriately packed within a very short time after delivery. "In close consultation with the respective food retail customer, we offer any type and size of packaging, from 125-gram trays to 500g buckets to 1kg baskets. Large formats are mainly considered if the quantity is available and sales are to be accelerated. Our task is still to offer blueberries in perfect condition. That is our daily claim," says Koellreuter. 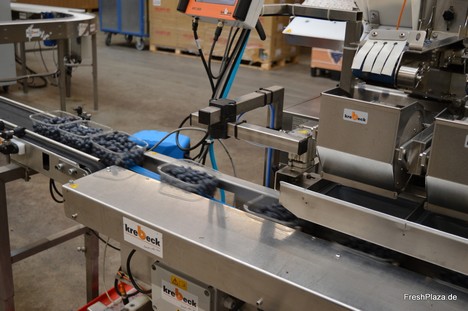 A total of four packing lines are now available.

From rhubarb trader to berry specialist
Nordgemüse Krogmann finds its origins, as the name still suggests, in the vegetable trade. Once upon a time, the great-grandfather of today's shareholder Wilhelm Krogmann started as a rhubarb trader at the Hamburg wholesale market. In the post-war period, the company developed into a full-fledged fruit and vegetable wholesaler and business activities were extended to the Berlin area. Since the 1960s, blueberries have been the focus of Nordgemüse, where Wilhelm Krogmann pioneered not only in Germany but also with his own fields in France. 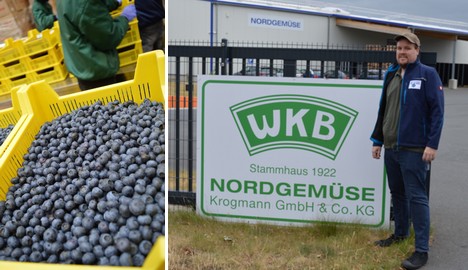 Parallel to the steadily growing demand for fresh blueberries in Germany, the company increasingly specialized in marketing and the service around it. Meanwhile, strategic cooperations with growers in Germany and abroad were established. For some years now, Nordgemüse Krogmann & Co. has been an integral part of the Gemüsering and thus also closely linked to the Munich-based berry marketer Widmann GmbH. Koellreuter: "The blueberry is now widespread throughout Germany and is offered in an attractive way overall. Both in terms of cultivation and consumption, the trend is still going upward." Particularly with regard to domestic production, Koellreuter is currently observing a gradual shift. "The Duke early variety still comprises more than half of our domestic blueberries. The slightly later Bluecrop variety was arguably 'the blueberry' in the past, but has lost relevance in recent years, due in part to shelf life issues. In the future, the later cultivars Liberty & Draper will probably become more important. Our growers are now faced with the question: do I replace my old Bluecrop plants with, the early, Duke or do I go for the later Draper?" 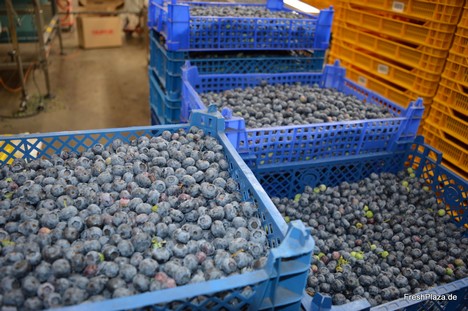 As long as German blueberries are available, the 'Germany first' philosophy applies at Nordgemüse, Koellreuter continues. "Particularly during the domestic season, we very much want to market goods of German origin and, if the right volumes are unavailable, to offer an obvious alternative in order to create a corresponding security of supply. Through Widmann we have access to our own plantation in Romania, through which we can round off the range during the summer season. However, a considerable part of this product goes to our foreign sales markets, such as Austria, Switzerland and Eastern Europe. With regard to the southern hemisphere, in 2021 we were, together with our partners, one of the most important importers of Peruvian blueberries in terms of volume. Otherwise, we also see a lot of growth potential for blueberry cultivation in South Africa, which is why we have now acquired a stake in a plantation there. In 2022, we expect another huge increase in sales of Peruvian & South African blueberries." 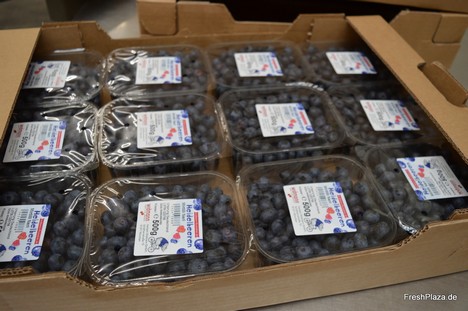 Automation and sustainability shape the near future
With the modern premises and the positive development of both consumption and cultivation, Nordgemüse Krogmann sees itself well prepared for the coming years. The next step is to further optimize the service surrounding the popular product in order to remain in line with future requirements. Koellreuter: "We are continuing our efforts to automate our production, which is extremely important, especially in sorting. We already have an automatic sorting line, full automation of the sorting process would be the next logical step."

By means of a modern installation, the plastic boxes are pulverized into granules after use, to be reused in a closed cycle.

There are also plans to install a new PV system and a wind power system. "We want to take the environment into account, especially since nature is the basis of everything. I think we are on the right track. At the end of 2021, for example, we also purchased an installation in which our used plastic crates are ground into granules. These are then fed back into the plastic cycle. In order to continue these measures and grow in general, we are now examining the possibilities of expanding our capacities at the current site."