South African kiwi industry gets organised ahead of growth

“It’s an exciting new crop in South Africa and it definitely has the ability to produce good returns, but we’re still learning a lot. It’s not an established industry, and there’s still risk that we’re learning to handle,” explains Jonathan Trusler, chair of the South African Kiwi Growers’ Association which started its operations last year.

“It’s an industry that’s going to grow over the next five to ten years.” 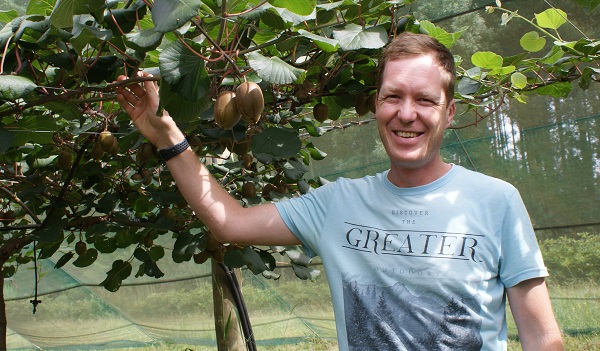 South Africa exported over 400 tons of fresh kiwifruit last season to markets in Europe, Canada and Asia, a number expected to grow as newly planted orchards come into production over coming years.

He says there are two reasons for the increased interest in kiwifruit in South Africa: new gold and red kiwi varieties have lower chilling requirements, hence can be planted more widely in South Africa, and secondly there’s a big demand for kiwifruit, especially in Europe where South Africa has quite a good window, he says, earlier than New Zealand by about four weeks. 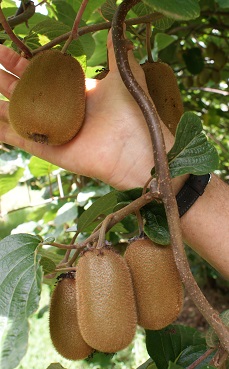 “The priority is to get unified representation for kiwi growers in government interactions. Market access is a big priority, with most South African kiwis going to Europe, although some are going to Hong Kong, Singapore and Malaysia. North America and China are markets with potential.”

At the moment they’re engaged in research in collaboration with the Fruit and Nut Crop Biotechnology Platform of the University of Pretoria’s Forestry and Agricultural Biotechnology Institute into potential kiwi diseases in South Africa.

“A lot of the push for a growers’ association has come from newer growers planting newer varieties over the past five years, for instance the gold kiwi varieties but we are trying to get all of the growers of the traditional green varieties involved as well,” he says.

The association is establishing a database of information on the size of the South African kiwi industry, to get an idea of how many hectares of kiwis there are of the various varieties.


Standards for both kiwi exports and imports
“Standards is something we’re looking at to protect the interest of local kiwi growers, both for exports and for imported fruit. There are several variety grower groups managing brands and standards for the different varieties including Soreli, Skelton and the newly introduced Dorì kiwifruit." 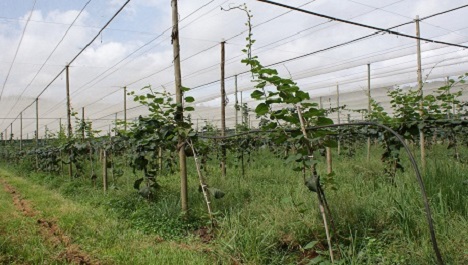 He continues: “It’s quite interesting to see that there are kiwi growers across South Africa, where traditionally kiwi was quite limited in its spread. The new gold and red varieties need less chill and we’re seeing a wider geographical spread. We have members across KwaZulu-Natal, Limpopo mostly in Magoesbaskloof, in the White River area in Mpumalanga, areas in the Southern Cape like Waboomskraal and the Western Cape like the Koue Bokkeveld and Grabouw. This also spreads the production window in South Africa.”