The European Union is aware of the problems of mushroom producers

In a recent meeting with representatives of the European Union's Agriculture Commission, the presidents of the associations of the European Mushroom Producers Group were received. The group known as GEPC, created in 1980, has always been a reference point for the sector regarding the problems of mushroom producers and, over time, has led to the implementation of an internal Community production of Agaricus Bisporus mushrooms (button mushrooms), in order to limit imports from China and establish a strong economy for all EU countries. 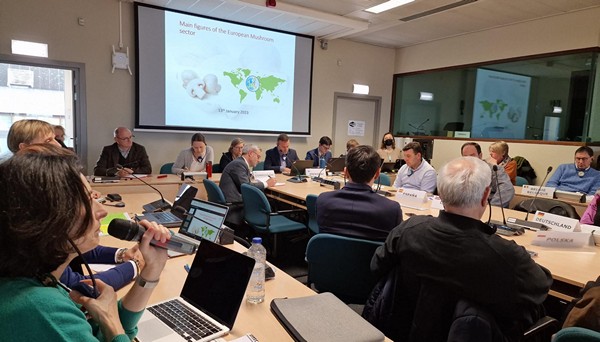 The European Group is a subgroup of Copa-Cogeca Fruit and Vegetables. It is made up of 10 delegations and represents mushroom producers from Italy, Belgium, Denmark, France, Germany, Hungary, Ireland, the Netherlands, Poland and Spain.

In Italy, the production is stable with 62,000 tons of mushrooms, of which 54,000 are consumed on the fresh market. The first mushroom producing country in Europe is Poland, with 240,000 tons of mushrooms and a steady production, but oriented towards exports to Northern Europe and Great Britain. The EU-27 is structurally self-sufficient both for the production of fresh button mushrooms and for mushrooms destined to the processing industry. Imports from third countries have been dropping for several years now. 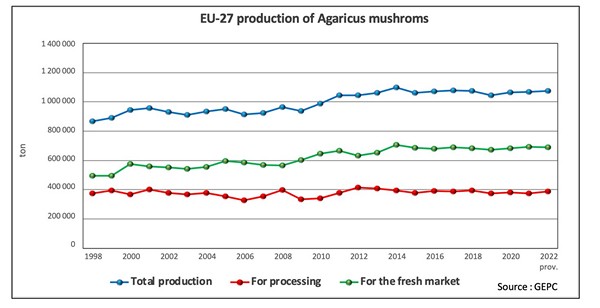 EU exports to third countries, on the other hand, have expanded thanks to the increase in quotas to the United States, which account for 63% of the total volume marketed outside the EU by member countries. Today, these quotas have slowed down because they are penalized by a significant increase in customs duties that the United States has applied to European products, to the benefit of Chinese imports.

Romeo Fuser, representative for Italy and head of delegation in the hearing at the EU's DG Agriculture, stressed the importance of the activities that are carried out to connect the associations of the European Group with the European Union.

He said: "In this specific context, we were able to share the problems specific to the import/export sector. The demands of the GEPC were recognized by the representatives of the Union and the participants considered the objectivity of the demands for action in the face of the duties applied by the USA (which have doubled in one year) and the sensitivity towards the Ukrainian problem, to review the import quotas to the EU. Given the current situation, these have been suspended by the European Union. 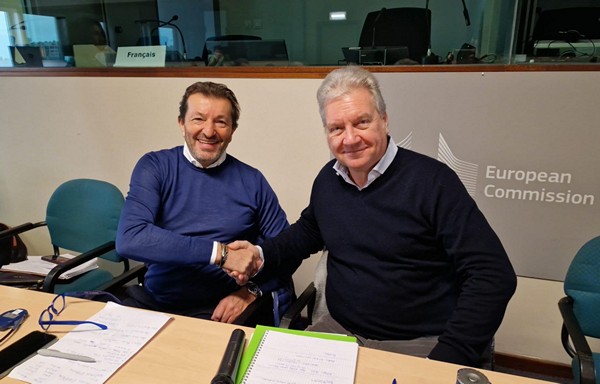 "Another important issue was raised by the group regarding the use of peat in the growing medium, an element considered essential for production yields."

A significant reassurance was provided by the representative of the Policy Officer-Climate Change and Environment European Union, Risto Artjoki, who stated during the meeting that the issue of banning the use of peat in mushroom cultivation is not on the agenda, but that a mutual commitment in the pursuit of environmental sustainability, combined with financial sustainability, will need to be achieved over time.

The meetings were also attended by the President of the Italian Association of Mushroom Producers, Andrea Prando, who collaborated in the GEPC program and in particular on the subject of peat.