Pricing picking up on blueberries

Blueberry supplies are ample currently as three shipping regions are sending berries to North America. Luciano Fiszman of Gourmet Trading Co. says blueberry supplies have been long for the last few months. “At the moment the market is much more balanced between offer and demand and it gives the chance to some who were carrying heavy inventories to start cleaning themselves,” he says. “The market has a much healthier feeling for the first time in several months.”

Peru is shipping approximately the same volume as last year, though incoming volumes on a weekly basis are now much less though than in the past few months. “The market is receiving about half of the volume that it would have received in peak weeks. Peru won’t stop shipping fruit through the off-season and is expected to continue with arrivals for another few months,” says Fiszman. He adds though that the size of the fruit and the condition of the Peruvian crop aren’t the same as it was earlier in the season. “However the fruit is still decent and the market appreciates it,” says Fiszman. 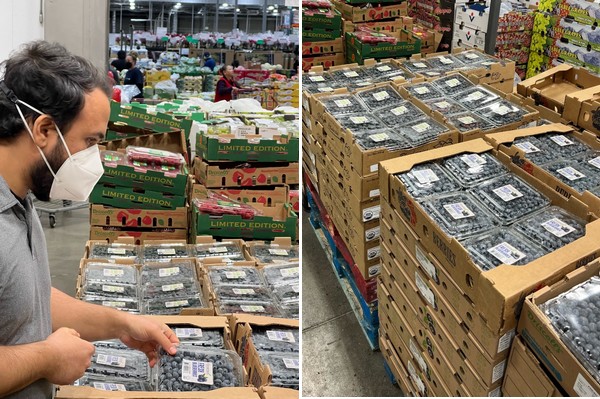 Better Chilean season
Chile has also already begun shipping and is a little ahead of where supplies were last year at this time, particularly from the North-Central regions due to warmer temperatures. “We are starting the peak of the harvest in those regions and the market will start receiving this fruit after Christmas due to ocean freight transit time,” says Fiszman, who notes that the better logistics out of Chile have a direct impact on the time the crop makes it to market. After all, the market was short of fruit last year around Christmas and into mid-January and this doesn’t look to be an issue this year. “We are very positive about the Chilean season and expect continuous supply and better quality than last season,” he says.

Mexico has also begun shipping and is on track with where it was last year. “This is the freshest product the market can see at this time of year because Mexico is only a day away by truck,” says Fiszman. “Growers in Mexico continue learning every year how to produce a better piece of fruit and pack a better-looking clamshell. Along with regular size fruit, we pack jumbo fruit that is marketed differently – lots of consumers are ready to pay a premium for this product.” 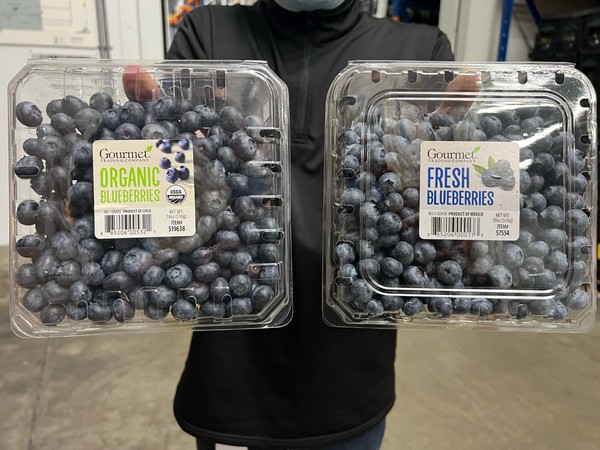 Organic production
In all, while all three regions produce organic and conventional fruit, Chile is the region producing more organic fruit than the other two through the winter months. “This is also a premium product and one that some customers prefer we bring by air rather than ocean to guarantee the freshness of the product,” says Fiszman.

As for demand, it’s good and it’s expected to stay that way for the coming weeks. “Consumption depends on customer satisfaction. Getting quality product to the stores allows the industry to achieve its goal in the end,” he says. “I trust we’ll continue to see an increase in demand if the quality is there. We as an industry also need to continue working on pack styles and promote more 18oz and consider bigger formats from regions that can pack them. It is key to protect the integrity of the fruit though.”

Where does all of this leave pricing? It’s slowly gone up for the last two weeks and there’s a good chance spot pricing will continue getting stronger until those peak arrivals come from Chile around New Year’s. “November was a difficult month and even the first week in December. However now that demand and offer have met again, the price has rebounded into something that makes more sense to all parties,” says Fiszman.