Washington, the US’ largest apple growing state, is seeing a significantly reduced crop this year and supplies are very tight as a result. “The conventional crop is down 15 to 25 percent on a year-over-year basis,” says Dan Davis with Starr Ranch Growers. Things are even worse for the organic crop. “Organic didn’t fare well this growing season and we’re seeing a reduction up to 40 percent on some varieties,” he added.

The weather wasn’t cooperative at all with a cold and wet spring. Then, in August and September temperatures were significantly higher compared to what’s normal that time of year. “High heat during harvest time mostly impacted earlier varieties like Gala and Honeycrisp.” The Honeycrisp crop is seeing lower volumes, a smaller fruit size, and a significantly lower packing rate.

The reduced crop is causing supply and demand to be out of balance this season. Starr Ranch will do their best to stretch the crop to supply their customers as long into the season as possible. “It is a historically low crop with total volume likely to be below 19 million boxes,” said Davis. “We haven’t seen this on conventional apples since the late 1990s or early 2000s.” Imports will play an important role this season with a heavy focus on the organic category. “Organic apples can’t be stored as long as conventional ones as we don’t have the same means,” he commented. “We will be working together with our growing partners in Chile, Argentina, and New Zealand to meet North America’s demand for organic apples.” 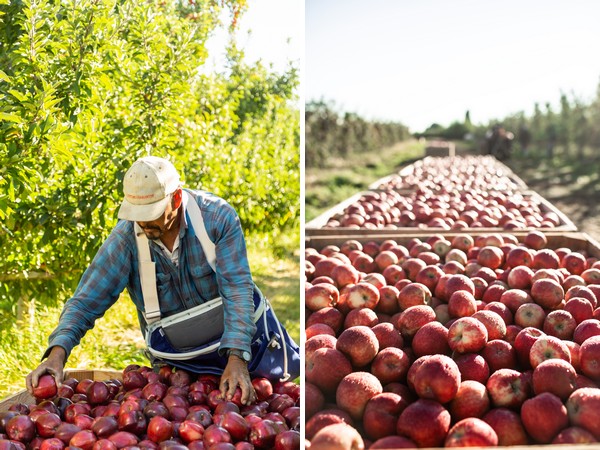 Demand for organic is slowing
Although demand for organic apples is still good, it is slowing. First of all, transitioning from conventional into organic is a three-year transition period and there isn’t as much acreage into transition as before. Organic acreage is still growing, but at a slower pace. In 2017 and 2018, so much new organic acreage came into production that it outgrew demand. “As a result, growth is more sustained now.” In addition, higher pricing isn’t helping the organic segment. “We’re no longer seeing double digit growth numbers in the organic category. Many consumers are trading down as a result of high inflation.” 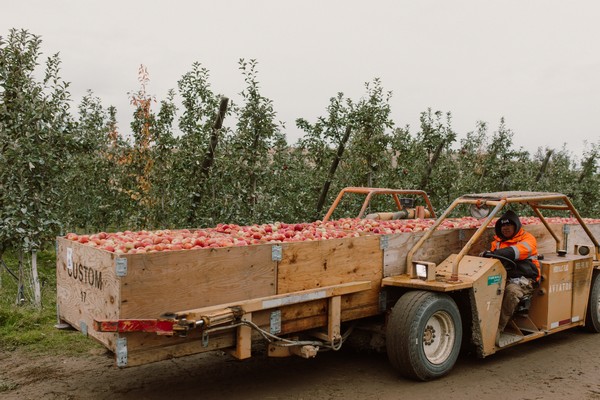 Pears
Washington’s pear crop isn’t nearly as far down as apples. The state’s pear growing region, Hood River Valley, is just more resilient than the Yakima Valley, the state’s apple growing area. Although the Bosc variety is down, D’Anjou is seeing a good crop and is expected to be available through spring. “With apples being short in supplies, we’re hoping retailers will merchandise more pears to give consumers options.”