Raquel Tello, Sales Manager of Fresmiel: "It is very likely that strawberry sales will be more polarized this year".

"If we get this situation again in another year, many growers will stop planting raspberries for the fall"

The berry campaign is underway in Huelva, with a difficult situation for raspberries and still limited volumes for strawberries, the most representative fruit in terms of production of this fruit category in Spain. 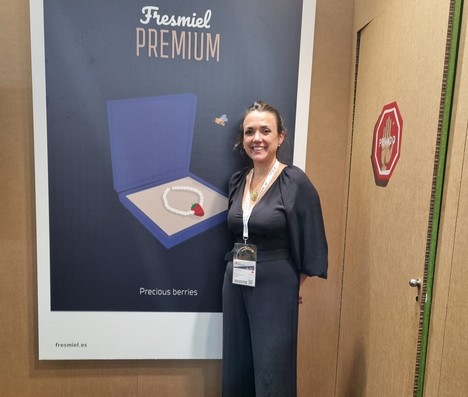 "Last year was already difficult for Spanish raspberries, with pressure from the Moroccan and Portuguese supply during the autumn months," said Raquel Tello, Sales Manager of Algaida Productores, better known for its Fresmiel brand. "This year we have faced even more competition from these countries, which has resulted in prices falling below the profitability levels. Prices like this are only sustainable for a week or two. I fear that if we get this situation again another year, many growers in Huelva will stop planting raspberries for the fall and focus more on the gap that still seems to exist in winter. Now prices seem to be rising again, but the demand is not very lively."

Fresmiel will start marketing strawberries in week 51, with the harvest expected to reach around 6,500 tons. As for the other berries, the prospect is to obtain about 500 tons of raspberries, 300 tons of blueberries and about 30 tons of blackberries. This is also the third season in which they will have organic production. 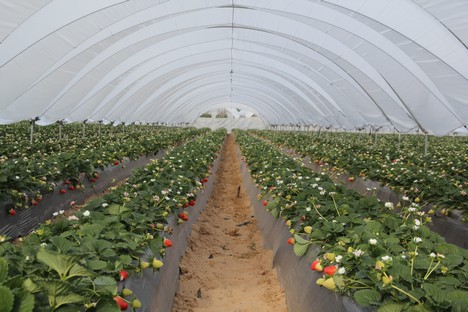 "Although we have grown in recent years, we started as a small company. In fact, in 2019, we produced 3.5 million kilos of fruit. That is why, in order to differentiate ourselves, we cannot compete in large volume markets. For years, we have been betting on exclusive varieties that, although more expensive and with lower yields, deliver more flavor, a better appearance and a longer shelf life, which translates into better selling prices. Now we work mainly with the Calinda and Fandango varieties from the Fresh Forward breeding program, although we have started testing new varieties from other programs," said Raquel Tello.

"We aim to reach other types of customers who will appreciate this extra flavor and quality. We normally choose flat formats, usually 400 grams, in a single layer to prevent the fruit from suffering damage to the skin. We take great care of the product in every stage, from the planting to the harvesting, handling, packaging and transport. We do not make shipments to destinations that require more than 4 days of transport. That way, we make sure it arrives in the best conditions. Our sales are focused on the most premium categories available at supermarket chains, especially in the EU countries, as well as the United Kingdom. 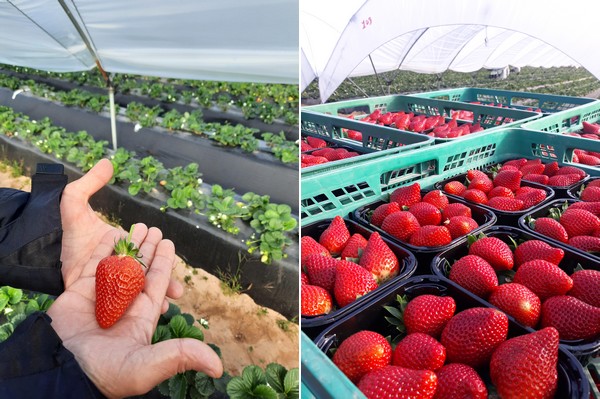 The heat waves at the beginning of autumn damaged part of the strawberry plants in Huelva, although Raquel says that, in Fresmiel's case, "the impact has not been as great as last year, and there has been less need for replanting. However, we hope that the harvest will be brought forward again, as was the case last season, and that the production will be similar."

Regarding the rise in the production, handling, packaging and transport costs, the grower and exporter wonders if they will be able to pass it on to the selling price. "It is clear that the consumer is not going to pay 10 Euro for a box of strawberries, but I would ask the supermarket chains to take our production costs into account and prevent the growers from having to assume all the extra costs and the value chain from breaking." 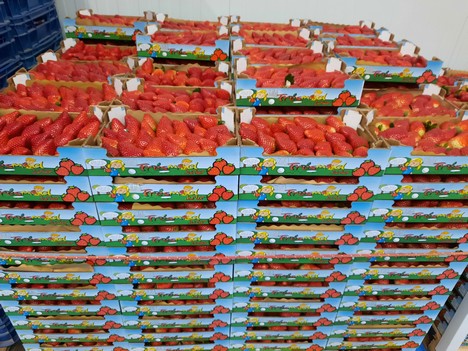 Regarding consumption, which is raising so much concern due to the influence of inflation at a global level, Raquel believes that "all products have their customers. It is very likely that sales will become more polarized and the intermediate range will tend to be lost, both in terms of quality and price, since the middle class, which is the one that usually absorbs more of such volumes, will be the one that will most change its purchasing habits. This year we'll need to fight to keep prices at acceptable levels," said Raquel Tello.