Ontario, Canada is welcoming a large apple crop for 2022-2023. “We have a big crop with good quality and growers are talking about exceptional color this year,” says grower Cathy McKay, chair of the Ontario Apple Growers. She notes that the crop overall is 29 percent bigger than last year and 20 percent bigger than the five-year average. 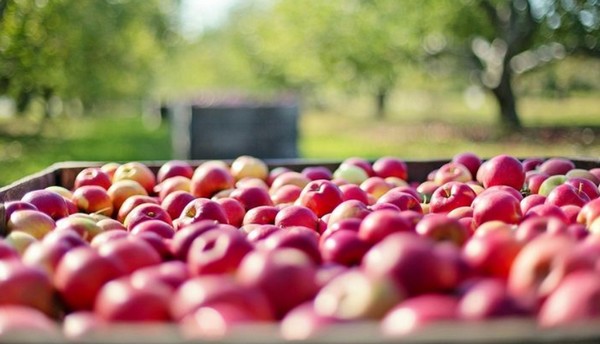 “Honeycrisp had a really big year. We estimate that it is up 60 percent over last year. It wants to biannual bear and we don’t want it to,” says McKay. “Ambrosia was also up and Northern Spy was up 150 percent. It’s more of a processing variety but it’s important in the Georgian Bay area of Ontario and that area had a big crop.”

Good growing conditions
The good crop is attributable to a few factors, starting with a good winter last year with little winter injury on buds and trees. There was also very little damage from hail and a lot of good pollination. The combination of warm days and cool nights led to that good coloring on apples but also on the Ontario autumn in general, one that made headlines for its particularly vibrant colors this year. 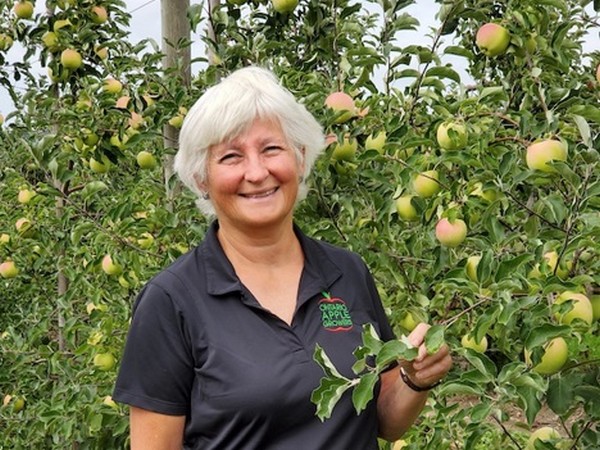 Meanwhile, movement on Ontario apples is good though McKay is concerned about inflation and its effect on consumers who are worried about grocery prices and in turn, may potentially shy away from fresh fruit because it can be perceived to be expensive. “However so far, people are buying apples,” she says.

All of that is leading to pricing that is comparable to last year. However, there are financial challenges. “The cost of borrowing money is a challenge for people who are trying to expand. Particularly young growers. They are a generation who’ve had 10 years of very very low-interest rates so this is a change for them and it may influence how quickly they grow,” McKay says, adding that high land prices in key growing areas of the province such as Georgian Bay and the Greater Toronto Area are adding to those challenges.