Washington’s apple crop is estimated to be down 22 million cases this year compared to last year, from 122.3 million cases to 99.8 million. “It’s probably the smallest crop in eight years,” says Don Roper with Honeybear Marketing. “When comparing to the three-year average, it is a decrease of 20 percent.” America’s largest apple growing state didn’t have a stellar growing season as several weather patterns impacted return bloom, pollination, cell division and harvest. “Altogether, this resulted in a crop load that was much smaller than anticipated.”

The less-than-ideal growing season also caused several varieties to peak on a much smaller fruit size than in an average year. In a normal year, Galas typically will peak on a 100-count size. “This year however, we are down two sizes, as we peaked on 125 count, which means 125 apples fit in a box instead of 100, a difference of 25 percent,” commented Roper. This severely limits the availability of larger bulk sizes that retail consumers prefer on the retail deck. “It is a big challenge for retailers as they prefer apples that range in size between 88 ct. and 64 ct.” Galas, Pinks, and Granny Smiths have been impacted most by reduced crop production and smaller sizes this year.

If that wasn’t enough, harvest ended abruptly at the end of October when a season-ending frost and snow were experienced. “It was a race to get the last of the crop off the trees and into the storage facilities.” 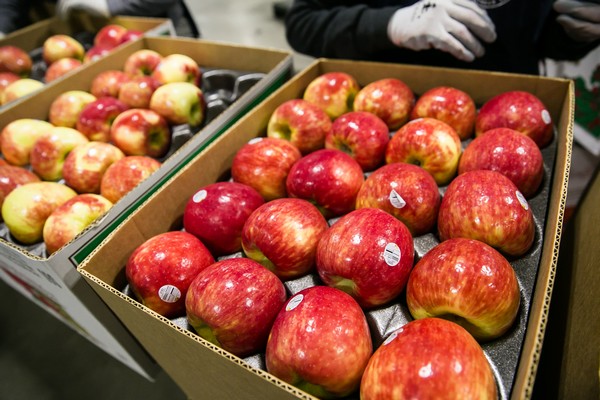 How are main varieties affected?
Honeycrisp, a key variety for Washington, is trending in step with the state’s total production. “Honeycrisp production is expected to be down approximately 10.9 million cases versus last year’s total of 13.4 million, a decrease of 18 percent,” Roper shared. In addition, it has been a low color year for much of the Honeycrisp crop. “I expect to see less premium color volumes on Honeycrisp compared to years past.” he commented.

Galas are mainly impacted by a much smaller fruit size and the projections on Pink Lady are coming in quite low. The current estimate is a 30 percent reduction in crop volume, down from 7.4 million cases last year to 5.5 million this year. Pink Lady was one of the last varieties to be harvested when the cold weather brought all harvesting to a stop. Granny Smith production is expected to be 12.7 million cases, a 26 percent reduction from last year’s volume of 17.1 million cases.

One variety that has fared well is Cosmic Crisp. It’s a new variety that has experienced significant acreage increase in the past six years. “Due to additional plantings, this year’s production is expected to be up nearly 50 percent, from 3.8 million cases last year to 5.5 million this year.

What are the consequences for consumers?
“Harvest has only just been finished and consumers are already feeling the effects of the short crop in their stores today,” said Roper. FOB pricing has increased on nearly all varieties, translating to higher prices at store level. Price inflation is prevalent across the industry when it comes to the apple decks right now and pricing is expected to stay at least 10 to 20 percent higher this year compared to last year.

As a result of elevated prices, demand will taper off. Consumers will buy fewer apples, trade down to less premium varieties, and substitute apples for other produce items. “For that reason, we don’t like high prices as we don’t want to lose market share to other commodities,” said Roper. “Our competitors aren’t apple growers down the road, but growers of citrus and stone fruit that we potentially lose market share to due to high pricing,” he added. “It’s a double edge sword.” 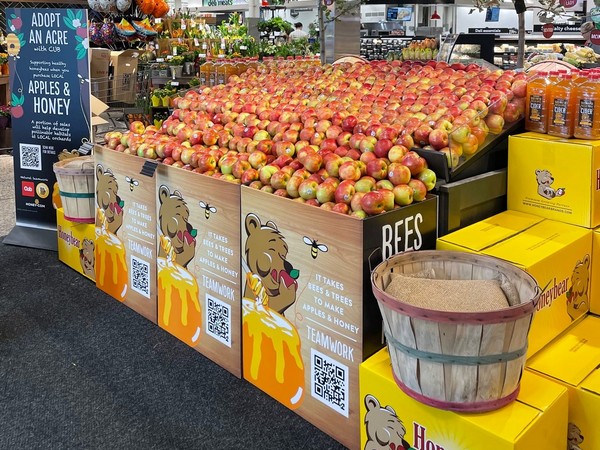 Southern Hemisphere
To ensure the domestic crop lasts as long as possible, Roper expects to see a push to increase prices further in an effort to slow demand. The Southern Hemisphere will play an important role in bridging the gap between spring and summer to get to the new domestic fall crop. As a result, there will be a robust demand for apples from Chile, New Zealand, and Argentina. To bridge the gap, the marketing window for Southern Hemisphere fruit is expected to start earlier and continue later this season. “We will help provide additional supply and offer our retail partners the supply assurance they require.” Although this seems to be an ideal situation for Southern Hemisphere growers, they are expected to heavily rely on the North American market this season. Europe, another key market is experiencing a significant economic slowdown with decreased demand as a result. 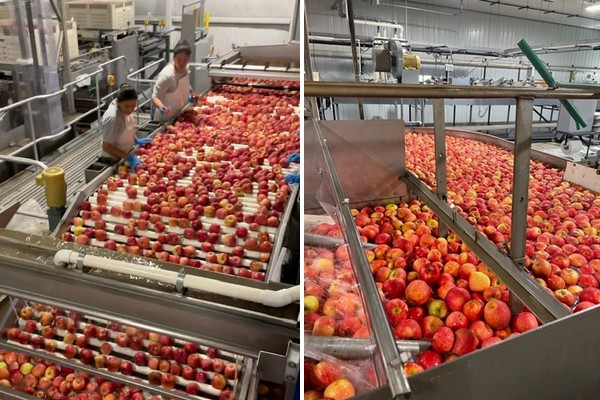