Thanksgiving movement “one of the strangest ever”

“I’m seeing one of the strangest Thanksgivings ever.” This is what Ken Gad of Cambridge Farms Inc. says as he looks out at the potato movement currently. “I want to say there are the chosen few who were very busy going into it. Though starting early last week even, you could buy anything you wanted from anywhere.”

Anywhere includes the many regions with lower crops this season. “We have a historically low supply in Idaho and an average to below average supply in North Dakota. Colorado also has a low supply,” says Gad. Meanwhile, Maine has a larger crop of potatoes and New Brunswick, Canada does as well. Gad notes there continues to be a question mark over Prince Edward Island’s supply. “PEI is a sleeper because we don’t know if they’ll be quarantined again because of potato wart like last year or not,” he says.

Yet, meeting that lower crop is slower demand. “I’m looking at the Thanksgiving “rush” and I bet if you call a number of people, they’d say there was no rush this year at all. I can’t say it’s anything more than the economy. I’d argue that everyone’s sales are down dramatically.” 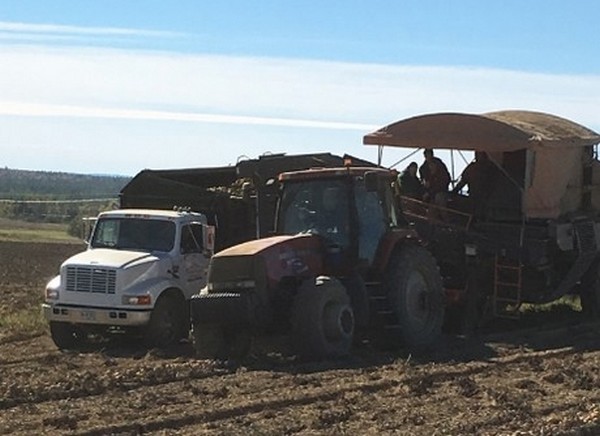 Christmas foresight
So given Thanksgiving generally is a potato-forward holiday where dishes such as mashed or roasted potatoes are popular items on home menus, what does this mean for this year’s holiday season? “I don’t see anybody having a problem getting what they need after Thanksgiving. Will there be any kind of rush for December 1st? I don’t think so,” says Gad. “The pricing I’ve already received from the growers two weeks ago indicates they’re not looking for any kind of crazy bump.”

On a positive note, Gad adds that potato quality is strong this year. “That’s across the country and in Canada. As for the pricing, they have to get a fair return and I think some are trying to shoot beyond a fair return,” he says.