Low demand for lemons and grapefruit in Europe despite smaller supply

The demand in the lemon market remains quiet, which is usually the case in November, when consumption always shows signs of weakness, according to Ailimpo, the Interprofessional Association of Lemon and Grapefruit, which expects consumption to revive in December. 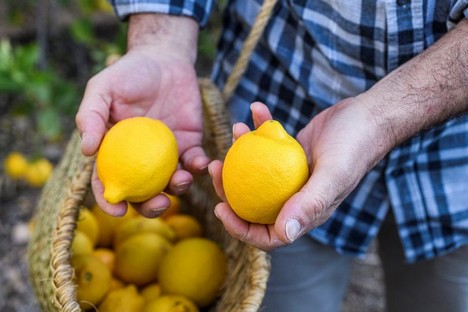 With the Fino or Primofiori varieties, two rounds of harvesting usually take place. In the first, only the fruit that reaches the right caliber is picked, and in the second round, all the lemons left on the tree are harvested. According to the association, almost all growers have finished their first round with the Fino variety and are now working on the second round. Prices range between €0.36 and €0.42 per kilo.

Despite the decline in the harvest, Turkish lemons started reaching the Eastern European market as early as week 44. This hampered the export of second class fruit from Spain.

Regarding grapefruit, the market situation in Europe is still very tight. The supply remains below the seasonal average. The Spanish supply is rather limited, as the harvest has been reduced by at least 14%. Imports from Israel are increasing, but not at the usual rate, and the Turkish season has been delayed due to issues with the ripening. Incidentally, the volume there is expected to be halved compared to last year because of the impact of frost during the flowering phase.

The prices at origin of red grapefruit range from €0.26 to €0.30 per kilo. Consumption is currently stagnant, according to Ailimpo.