Chile has become a key cherry growing region and recently, fruit breeding company IFG welcomed their growers in the orchards of Northern Chile, in the Ovalle, IV Region to show their Cheery Cherry™ varieties. In addition to the northern part of the country, this variety is also grown in Central Chile, San Vicente TT, VI Region. 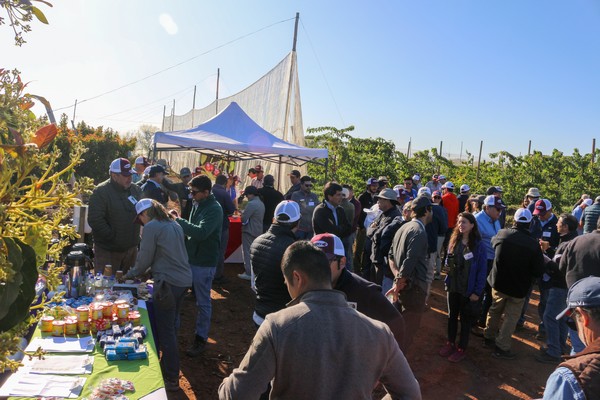 In 2016, the first Cheery Cherry™ variety to be commercially planted were Cheery Moon™, and acreage for all Cheery Cherry™ varieties have expanded to 110 acres (44.34 ha) today. “Our varieties are unique because of their early harvest window and low chill hour requirements,” says Alwyn van Jaarsveld, IFG’s International Cherry Commercial Manager. The advantage of low chill is multifold as it allows cherries to be grown in regions that to date were less suitable or even unsuitable for their cultivation. In the last few years, strange weather phenomena globally have resulted in many fruit-growing regions experiencing hotter than normal temperatures. “Low chill cherries are much better adapted to such conditions and allow the opportunity to open the cherry season with amazing flavor and great eating experience. This has always been enticing, yielding value for customers and growers alike.”

All IFG’s cherry varieties, regardless of the chilling requirement, are early harvest. Some of the company’s varieties overlap in the harvest window. “At first glance, this might seem to diminish the need for a new selection in the same window,” said Antonia Sanchez-Labbe, IFG International Cherry Technical Manager. However, the varieties will have different chill requirements, making them both equally important to IFG for use in other chill regions. 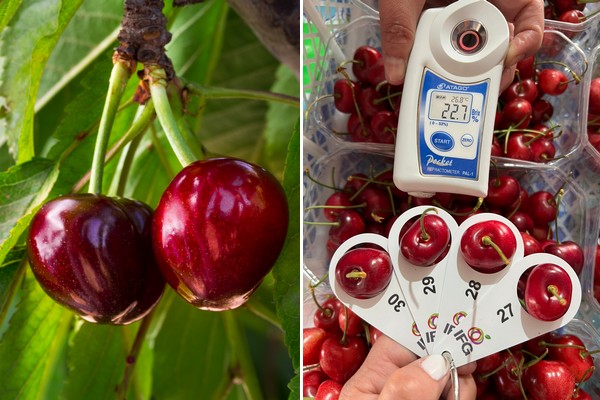 Cher-ten, the newest variety
Cheery Moon™ is not the only cherry variety IFG grows in Chile. The company has ten patented cherry varieties in the country. The very first cherry harvest to take place in Chile this season was IFG variety Cheery Crunch™. “We are very proud our variety was the first one harvested in the country,” shared van Jaarsveld. The newest release from the Cheery Cherry™ program is IFG Cher-ten (trademark name to be announced next year). Until 2021 it had proven to be an amazing cherry under low-mid conditions (>300 chilling hours), such as Delano, California. “However, it wasn’t until this recent Chile cherry season that we could really understand the outstanding performance and adaptability to low chill environments it had,” said Sanchez-Labbe. The variety has the potential to yield a good crop under winters where the chill accumulation is less than 300 chilling hours. IFG Cher-ten is a big heart-shaped fruit with very long stems that can stay fresh even after 40 days of storage.

“It has good firmness and a nice flavor profile with brix levels usually above 18◦. In addition, the variety has low susceptibility to rain, decreasing the risk of cracking.” The harvest window is four days before Brooks. However, it can be pushed earlier in specific conditions.

These characteristics have sparked interested from growers and importers around the globe to plant this variety. 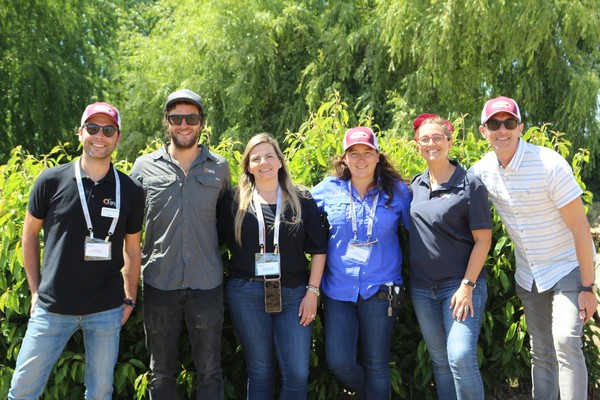