Energy costs could be up to 6 times higher

Sales are going to be the biggest problem for the upcoming organic top fruit season. "We sell our fruit mainly through the Belgische Fruitveiling and are already seeing almost 60 per cent lower sales in apples, for example, compared to previous years," says Gerard Kenens, who runs organic cultivation company Verken Bio Deli-Vers together with his uncle Yvan Verhemeldonck and his wife.

"With organic pears, it is not so bad for the time being. Sales this season are lower than last year. It was an exceptional year because there were very few pears abroad. As a result, many pears went to France and Italy early in the season. Compared to previous years, though, the quota is equivalent." 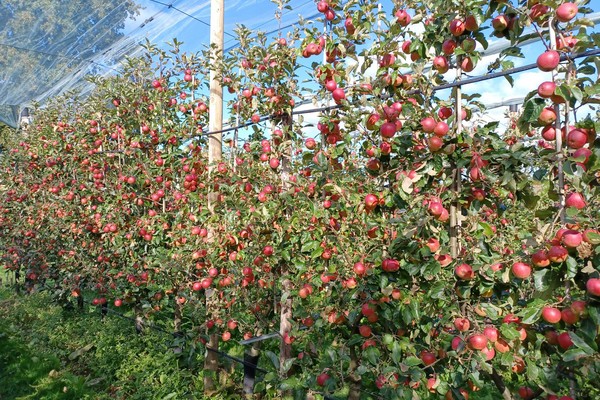 Falling demand seems to be a trend, which the passionate grower slowly sees worsening. "We see that the supply is getting too big organically, which is also encouraged by Europe, but demand cannot keep up with this at all for now. Especially with the war and high inflation playing tricks, fewer people are reaching for organic. Nevertheless, competition is getting bigger and bigger, as more and more is coming from Poland and Italy, among others. There is a lot of subsidisation abroad, which has made the conversion happen too fast in many countries, but the market is getting tighter. It could become disastrous for organic." This results, despite a good harvest for next season, in some considerable worries.

Because a good harvest it certainly is, Gerard assures. "We are still working on the last Jonagored apples, but after that everything will be in. Lots of sunshine has ensured good quality and high brix on the one hand. On the other hand, there is about 10 to 15 per cent sunburn damage to the apples, which did not grow under hail nets. 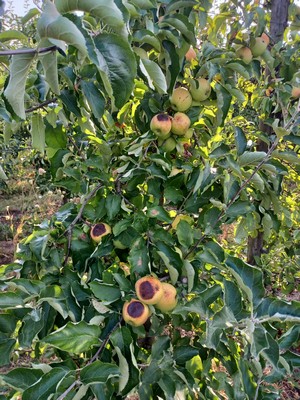 However, this is still acceptable. We are slowly switching completely to hail nets and are seeing much less sunburn under these parts. The Natyras in particular look really nice; the size is good and we were able to pick between 30 and 40 tonnes this year, which is excellent for this variety."

Passion for organic
Explore Bio Deli-Vers grows its organic apples and pears on about 21 hectares.

"This consists of about 9 hectares of apples, 3 of which are devoted to Natyra and we also grow Santana, Jonagold and Jonagored." The company also has 12 hectares of pears, consisting of Qtee and Conference varieties. "However, there is a difference in parts where water was or was not available. For the Qtee and Natyra we have water available everywhere, but for the Conference in some places we don't, and you can see that the fruit here is quite a bit smaller."

As noted above, Gerard (25) runs the farm together with his uncle Yvan and his wife in Loksbergen, Belgium. "My grandfather, Yvan's father, worked in fruit and vegetables. Then in 1990, Yvan decided to take over the business, which at the time still had conventional cultivation. In 2010, the switch was made to fully organic cultivation." 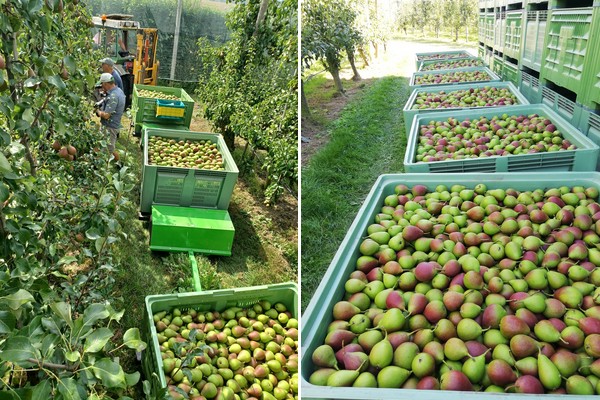 It is a passion, which passed to Gerard early on. "I decided to get my bachelor's degree in Agro and Biotechnology, after which I started working on the farm for 3 years and will eventually take on full succession." For Gerard, therefore, the concerns in the organic sector have not made him consider an eventual switch to conventional. "I would stop rather than switch, because conventional would not suit me. Organic, like for many an organic grower, is really a passion of mine. Moreover, it is also a completely different way of working and thinking. It has never been a financial motivation to go organic."

Energy costs fall some 6 times higher
And so the young grower nevertheless looks to the coming season in good spirits. "We supply fruit year-round. For instance, we store 600 tonnes ourselves and the remaining 10 per cent is stored at the BFV. Then, for the apples, we sell the Jonagold in the first part of the season and then towards the second half we market the Natyra. This is a variety that can be stored very well, and moreover, sales of the Jonagold drop too quickly when the Natyra comes on the market, because people seem to opt for it more quickly anyway. Personally, I understand this too, because the flavour of the Natyra is second to none. This is how we distribute it during the season." 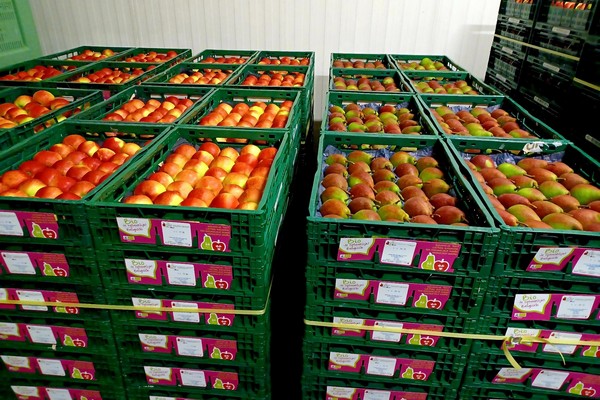 Marketing a large proportion directly, because of the high storage costs, is not possible in organic fruit anyway, according to Gerard. "In conventional cultivation, one can sell on the clock and then just see what happens. However, we work on customer demand. The BFV receives an order, after which we deliver. Incidentally, this storage is certainly no fun at the moment. We have no solar panels, which in all likelihood will increase our energy costs about 6 times this year (4,000 to 25,000). Moreover, prices are a bit lower, which does nothing to offset the incurred costs. However, we will keep our spirits up. It is a challenge, but we have really beautiful fruit this season, which will speak for itself."

Biodiversity and good soil important for quality
Besides cultivation, biodiversity is also very important for the Loksberg growing company. "We therefore chose 3 years ago to sow flowers in the grass strip (row path) between the trees. Thus, every year we sow 1 row of a total of 3. The following year the next row follows and the year after that the last, so that all the rows are sown in after 3 years. This way, we create more flower diversity. We have a special mower, which does not cut the flower strip between the belts." 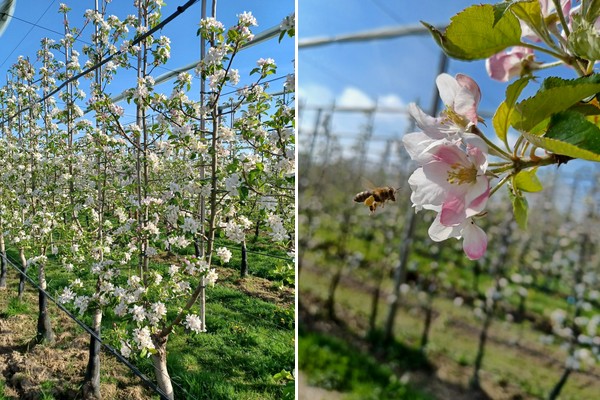 "We do this to provide nectar for beneficial insects, such as parasitic wasps, hoverflies, etc. During the year, you see a huge amount of activity on the flowers and in the trees of these beneficial insects," the grower continues. "Among apples, for example, they can help control woolly apple aphid and in pears parasitise pear leaf lice. We aim for good quality fruit. For this, we think biodiversity as well as good soil and soil life are important."

This is also why Verken Bio Deli-Vers has further invested in a leaf blower. "This machine works great on the Natyra. We can pick it in 1 go and the colour is very good. Since the Natyra is spring-sensitive, this spring Yvan came up with the idea of using the leaf blower to blow away flowers in full bloom. This was done in cooperation with PCfruit and tested on our farm, as it had never been done before. We are still searching for the right settings, but you can see that it works positively. This allows the leaf blower to offer a dual function," Gerard concludes. 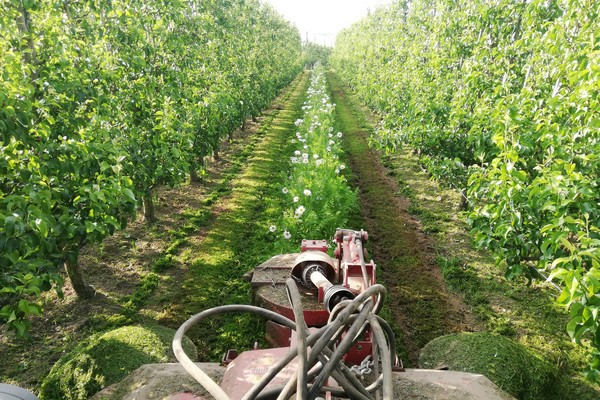