Frank Vermeersch is AgroFair's Customer Relations and Marcom Manager. This Dutch company is known for its Oké Fairtrade bananas. Frank does not think increased banana prices will improve the sector. The banana chain - including the Fairtrade variety - has been going downhill for quite some time. "It's something everyone faces and it stems from a system that's fallen into a downward spiral of low prices. People don't know how to find a solution that will generally satisfy everyone," he begins. 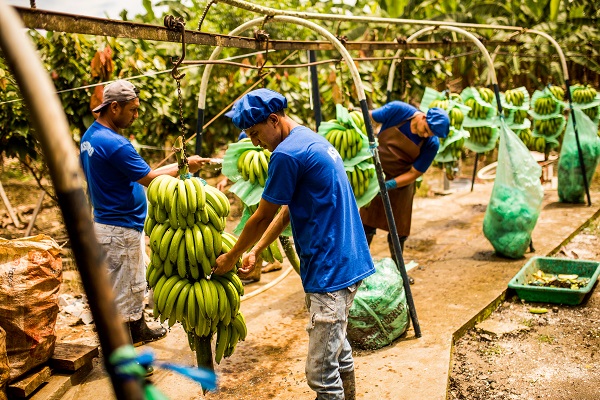 Frank considers competition necessary to stimulate trade but says this is why prices in the banana chain are under pressure. "Competitive prices and promotions are fine. I think everyone encourages that because that can also boost products. It's just that that is getting out of hand now." As an example, he cites quite a lot of bananas being sold for less than a Euro in Western Europe, while those bananas' growers have to live in tin-roof shacks.

"Is that what we want? I'm sure nobody genuinely does, yet, this is a difficult cycle to break." Frank thinks bananas are victims of their own success and that retailers still use this popular fruit's low price to lure shoppers. "Bananas are still shamelessly offered at €0.99, just to retain half or a tenth of a percent of the market. Bananas are permanent victims of that extremely competitive maelstrom."

It is possible
This banana expert is not blaming consumers. "Retail has created this situation; they've educated people in this way. Other products have fallen prey to this too." Yet shoppers do play a role. "If consumers are going to pay fair prices to producers to allow a humane existence, Western prices must rise. People must start accepting that bananas are generally going to be slightly pricier. That's not going to make the average Joe poorer." 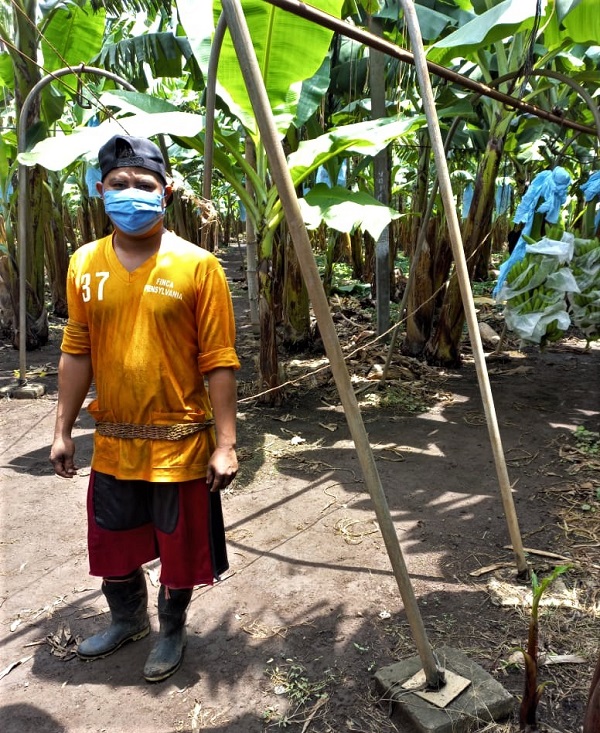 Agrofair was the first to introduce Fairtrade bananas 25 years ago and considers this possible. Remember, not nearly all fruit and vegetables are sold at rock-bottom prices. Frank says four Dutch and Belgian-grown apples, for example, which sell well, cost more than bananas that come from 10,000 kilometers away, as do products like blueberries and avocados. Of the many Fairtrade products on the market, no others face such extreme competition.

No room
Market prices remain low, so there is no room to work on important aspects, he says. "You need to have money left over to do the things that low prices often make entirely impossible. These include reforestation and environmental issues." SDGs (Sustainable Development Goals) are receiving a lot of global attention, and the associated conditions are automatically imposed on banana producers, with no margin provision. 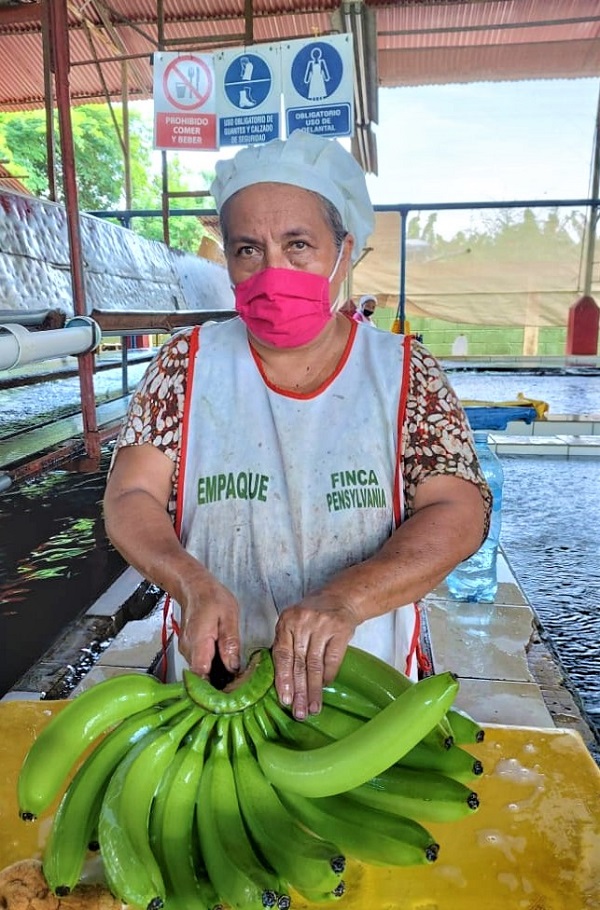 The masses of confusing labels do not help either, and they sometimes distract from the true matter: low prices. "Public opinion is sensitive to this, so the retail sector focuses greatly on reforestation, water management, or plastic use. That seems easier to address than Fairtrade. But growers gain nothing besides, perhaps, living in somewhat improved conditions. In Germany, they say, 'Erst das Fressen, dann die Moral' (first food, then morality)," explains Frank.

He welcomes environmental developments yet wonders where the attention to growers is. "Both should enjoy awareness. It seems people are skirting around discussing the low prices." Frank cites organic bananas as an example: shoppers assume fair prices have been paid for these fruits, while these are separate aspects. He, therefore, advocates that all labels such as, say, Rainforest Alliance should also be Fairtrade. "That extra dollar would make a world of difference to growers." 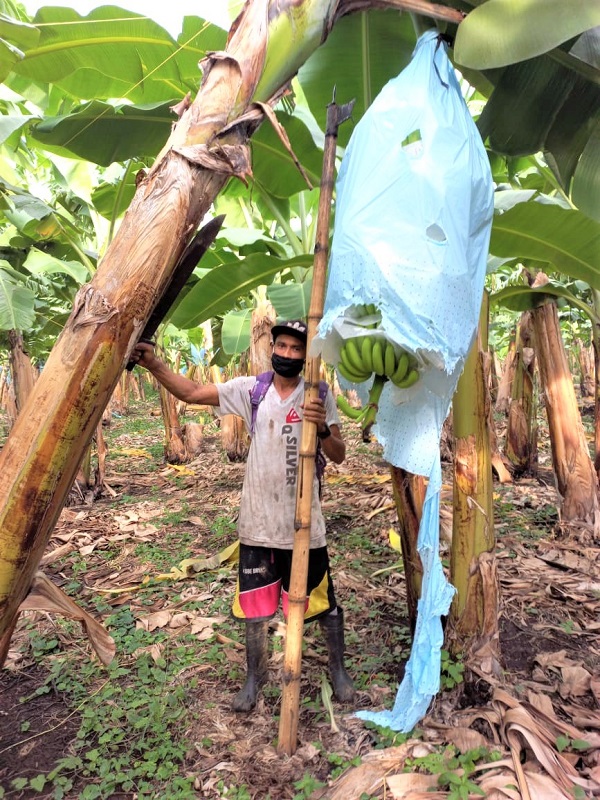 Step in the right direction
Frank does not consider Fairtrade the definite answer, but it is a big step in the right direction. "No system is perfect, but there's nothing better for now. Fairtrade definitely benefits producers much more than marketing conventional bananas." Nevertheless, Fairtrade bananas are also caught up in the downward price spiral. "Fairtrade doesn't operate independently within the banana world. With very unhealthy competition, you'll end up in the same vortex as conventional bananas." 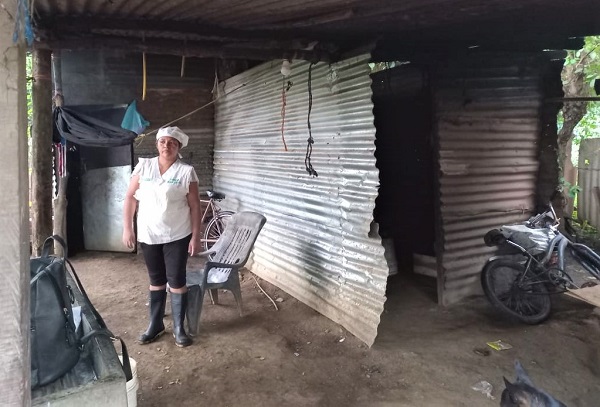 Frank says that some 13 years ago when Fairtrade bananas entered the market, they were more expensive than they are today. "That's because of competition and volume - less was sold back then, so margins were higher." The extra dollar per box for Fairtrade bananas certainly doesn't cover all the costs. Still, it makes a difference, says Frank. He points out that things like housing and education could benefit even more if all available Fairtrade bananas could also be sold as such. "For now, there aren't enough customers for that."

Frank mentions growers in Nicaraguan growers as an example. They sell about two containers of Fairtrade bananas a week, while there are dozens of containers waiting, which then leave for next to nothing. He says Fairtrade prices will rise this year and cautions that Fairtrade bananas must be seen in context with the entire banana chain. If Fairtrade bananas become too expensive, retailers could opt to stock other bananas. "What people will pay for bananas or what retailers are inclined to charge ultimately dictates growers' margins." 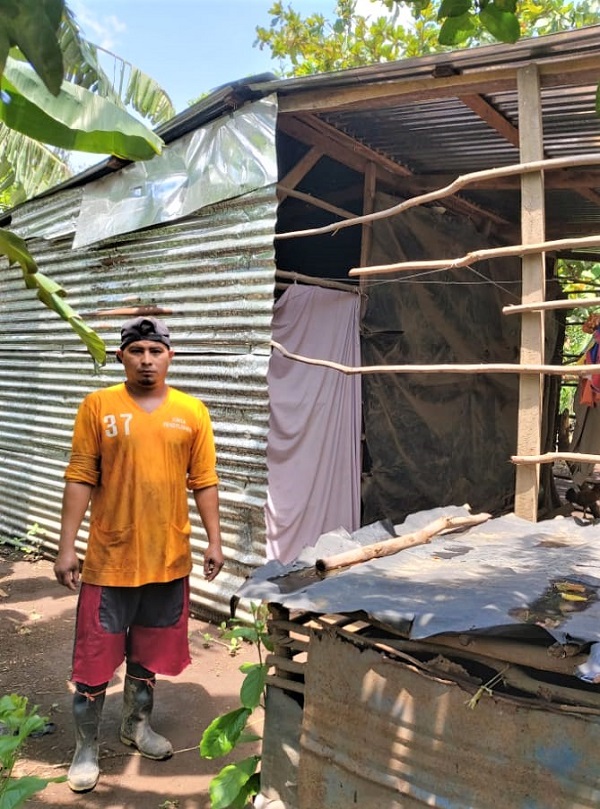 Communication
It will probably be a long, complicated process to find a solution to the banana chain's excessive competition. Nonetheless, this banana trader believes chain-wide communication will help. "We shouldn't be facing each other, knives drawn. Dialogue about how we can break free of the negative price spiral needs to somehow occur throughout the chain." Communication with consumers is also required.

"One of the challenges is to clarify what's going on to shoppers. And if you know that, would it not be easier to spend a little more on bananas?" Despite the Fairtrade story and photos documenting it, it is difficult to reach people, and European retailers are sometimes dubious about Fairtrade. That not only erodes the Fairtrade support base in supermarkets; it affects its communication to consumers too. "There must be clearer, more direct communication." 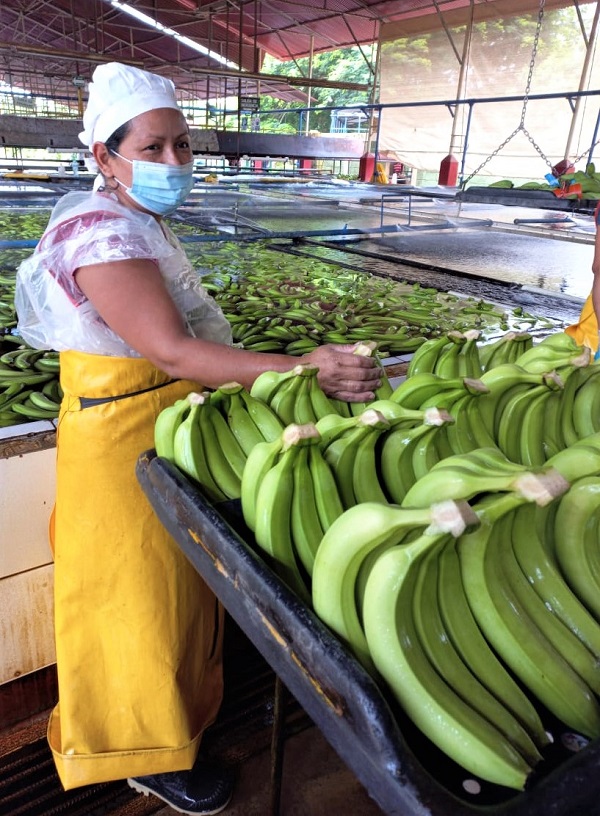 Anonymity
Yet Frank also sees positive developments in the European retail sector. Some supermarkets pay fair prices for bananas and support their suppliers. "One of the keys to finding the right formula and moving away from the negative price spiral is maintaining long-term relationships and working out a long-term strategy together." Many conventional bananas are sold on the spot market, resulting in low prices and anonymity.

"AgroFair truly focuses on working with our partners. Each Fairtrade grower gets an annual contract and knows where they stand from January 1 to December 31. They can, thus, budget and know beforehand roughly how much Fairtrade pay-out they'll get." Long-term partnerships where growers and retailers speak to and know each other can be vital in breaking the downward price spiral. 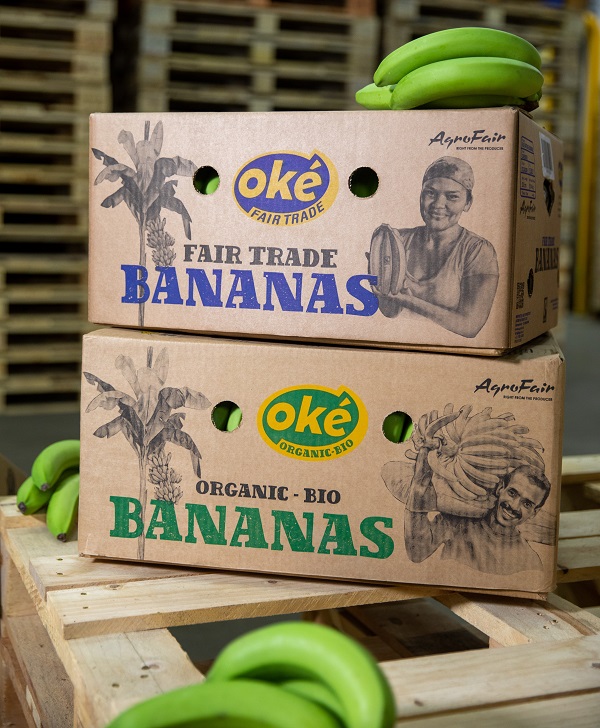 "Our clients include supermarkets, some of whom have been dealing with the same banana growers for 20 years. So, there's no anonymity, and retailers know how the Fairtrade premium is spent. However, in both Fairtrade or conventional, it still often happens that work's done totally anonymously, with different growers every year," Frank concludes.