The 2021-2022 stone fruit season has gotten off to a rocky start. Both logistical challenges and a delay in the official start of the full season have made this year a challenging one in the stone fruit industry. Marcial Hernandez, director of South American imports at Pacific Trellis Fruit based in Los Angeles, CA, discusses this year’s challenges.

Inconsistent and unpredictable shipments
While supplies of stone fruit from Chile continue making arrivals, logistics issues continue to challenge movement of the fruit to North America. “Import logistics continue to be an issue for the second year in a row. In some ways, they are more challenging than last season,” says Hernandez.

Part of that includes labor shortages which, as they are in the U.S., are a critical issue for Chile. “COVID is still impacting operations due to the Chilean quarantine policy of individual crew members,” he says. That said, Chile has been reviewing cases closely and not quarantining entire crews. “They’re only quarantining people with symptoms or confirmed cases so the vessel can continue to operate. This allows for some relief, but the system is still strained by COVID and the global supply chain issue.”

On top of the logistics issues, Hernandez says on nectarines, peaches and apricots from Chile, there is an approximate 10 percent drop in supplies. Last year at this time about 1.9 million boxes of fruit had been delivered to market. To date this year, it’s 1.7 million boxes. “The root cause is a delay in the Chilean stone fruit harvest,” he says. “The good news is it looks like the volume is normalizing. It’s now close to 400,000 boxes which is more normal.” 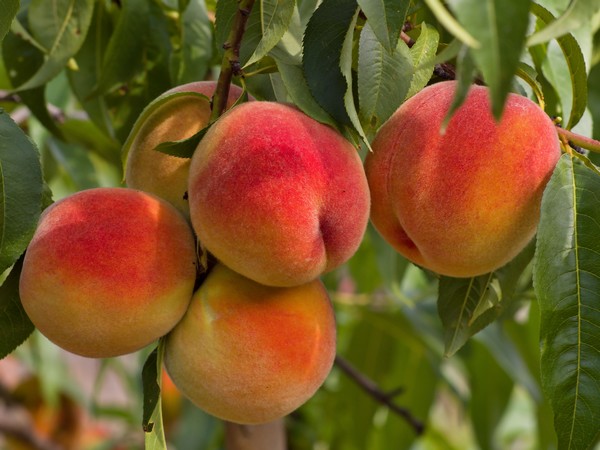 The delay in approval for plum imports to the U.S. market has also impacted this year’s stone fruit season. As of January 25, the entry of Chilean plums under a systems approach was greenlit. The delay was caused by the discovery of the European Grapevine Moth among the 2020-2021 plum imports, putting new restrictions on the category for future imports. “We are confident that the new measures the USDA have put into place will make importing plums possible for the upcoming season,” says Hernandez.

Strong market for stone fruit
Despite all the supply factors, demand continues to be strong in U.S. markets for imported stone fruit. “We weren’t sure what the demand for nectarines and peaches would be without plums. However, we didn’t see any drop in demand,” Hernandez says. “For the fruit that has been coming to the U.S. market, we’re seeing prices we haven’t seen before. We’re now in February and still selling most of the fruit for over $20.” January saw average prices of $24, with actual sales ranging between $20-$28 depending on sizes, packaging, varieties, etc. “By this time in previous seasons, we already had prices towards $16-$18. Mid-February, the market can drop to $14 even $12 if it’s too much fruit coming,” Hernandez adds.

How long this market can sustain itself is anyone’s guess Hernandez says. He adds that Chile does have an advantage in that it can use charter vessels which relieves a bit of pressure on container demand in a country that is also shipping significant amounts of other commodities such as grapes and cherries. “However, the transit time is unpredictable. No one knows how long it’s going to take a container to arrive today,” he says.

And plums, which are being loaded now, won’t arrive until weeks seven or eight. “So for two to three weeks, we’ll still be short on volume and full filling part of the demand with air shipments in Miami,” says Hernandez. Historically, while peak supplies of stone fruit in Chile are in February, the last week of the month is when peaches and nectarines begin wrapping up while plums finish in late March. For this year’s season, supply may differ.