Conclusions of the technical day held in Valencia by the COITAVC

The College of Agricultural and Graduate Technical Engineers of Valencia and Castellon (COITAVC) held on Thursday 5 in Valencia a technical day of advanced agronomic practices for citrus production during the Huanglongbing era, also known as HLB or greening. The HLB is a disease that, if unattended, could end world citrus production. Currently, there is no solution for this pathology that has reduced 70% of Florida's citrus production in just a decade. 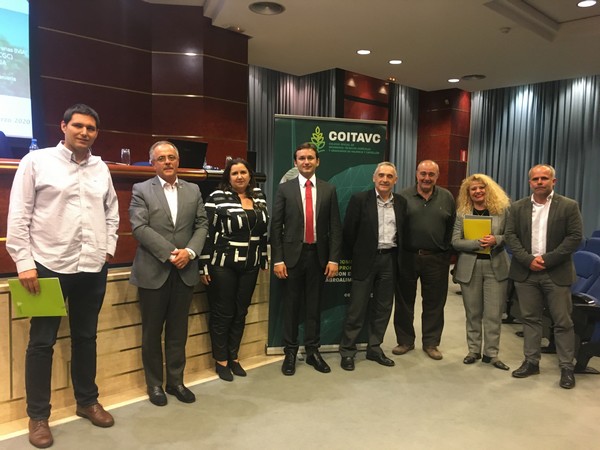 The main speaker of the event was Rhuanito Soranz Ferrarezi, a researcher at the Indian River Research and Education Center from Florida, who shared his conclusions after more than 15 years of field research and applications. His work is essentially based on acting from irrigation, soil nutrients, and using tree varieties that are more resistant to disease.

“It is not only about containing the vector but having plants that are still productive. We are achieving this with higher quality trees and better nutrients, which are more expensive but offer good results. The most efficient irrigation and the combination of techniques, such as fertigation and micro-aspersion, are also giving us good results,” said Dr. Ferrarezi in his speech.

Another practice that is working is the meshing of fields, something that started as an experiment but that several producers are already adopting. "There are any sick trees under this system, but it obviously makes production more expensive and therefore we must choose fruits of extreme quality that allow us to reach gourmet markets and be able to have a return on the investment," he said.

Greening in Mediterranean citrus
The Valencian Institute of Agricultural Research (IVIA) has been conducting research with the Tamarixia dryi hornet for years, a predator of the Trioza erytreae, the HLB vector insect. Enrique Molto, the director of the IVIA, said that collaboration with other countries and research centers is paramount for this type of research and that, in this sense, the IVIA is within the TropicSafe project, which includes 22 partners from 12 different countries.

In addition, Inmaculada Sanfeliu, the director of the Citrus Management Committee, expressed the sector's concern about the progress of the HLB. "We are talking about an industry whose current production value reaches 4,300 million euro and generates several hundred thousand direct and indirect jobs," he said.

The COITAVC organizes this type of informative activities to contribute to the knowledge among the technicians in a scenario that is getting closer and closer. “Everything indicates that the HLB will reach the Mediterranean and we have to be prepared. Currently, this is the most serious disease that has threatened our citrus system so far, and the COITAVC is working to help solve this threat,” said Regina Monsalve, the president of the Professional Association.